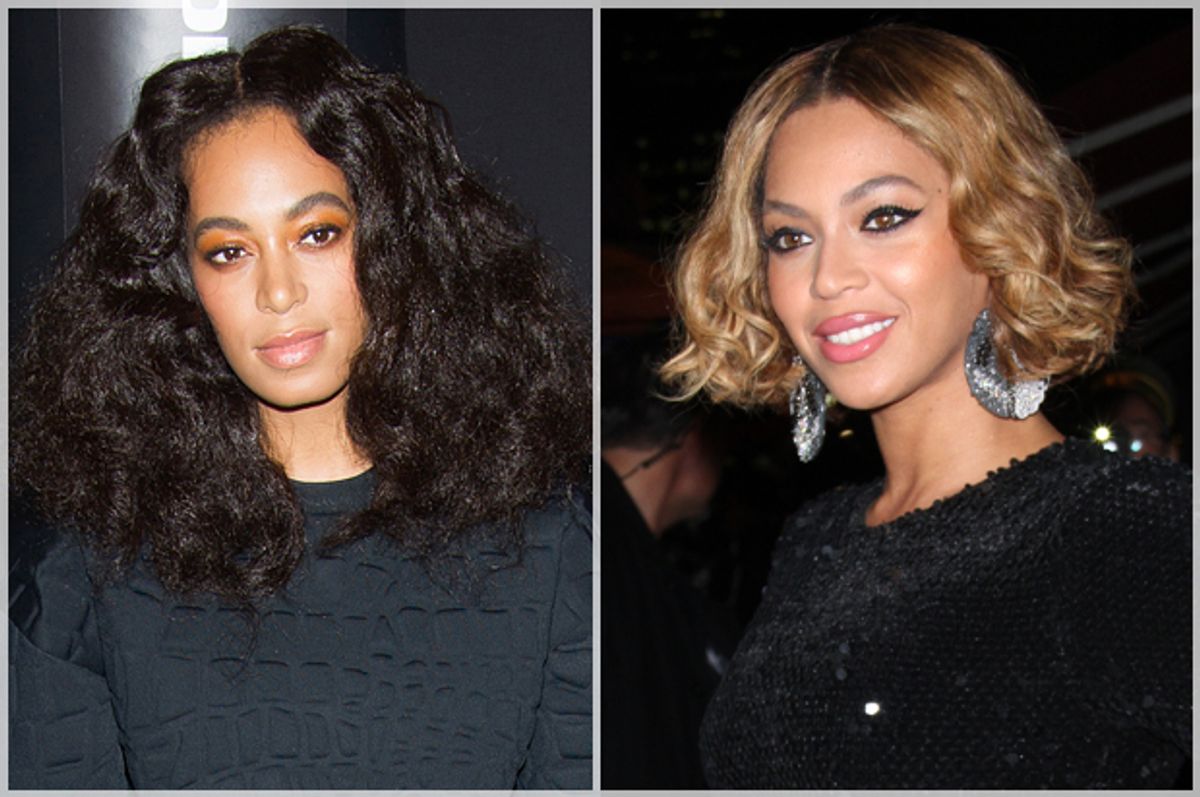 Singer and fashion icon Solange Knowles married her fiancé, videographer Alan Ferguson, in New Orleans last weekend. Much of the event coverage has focused on the dramatic all-white color scheme and Knowles’ powerful fashion sense and the whimsical settings of their Faubourg Marigny neighborhood.

Oh, and maybe you heard? Her sister was there, too.

The press coverage of Solange’s wedding paid breathless attention to Mr. and Mrs. Carter so uniformly that although it appears to have changed overnight, even the New York Times initially headlined its wedding announcement, “He Also Put a Ring on It.”

Stories range from less than 200 to nearly 500 words, but word count doesn’t seem to have influenced how many times Beyoncé’s name is invoked, directly or indirectly — no less than twice per article. For example, Vanity Fair worked in five mentions out of 245 words and BBC dropped the Bey-word four times out of 183.

Perhaps most surprisingly, newspapers were just as likely to do so as traditional celebrity news outlets, with the Times and the Washington Post taking clear leads, followed by E! Online.

Few articles passed up the opportunity to remind readers that Solange is Jay Z’s sister-in-law, or to mention Knowles-Carter family drama, including divorce rumors and the infamous elevator incident.

A look at Beyoncé’s presence at Solange’s wedding, by the press numbers: