Allegations of abuse against Cosby have been an open secret for years. NPR finally asked the right questions 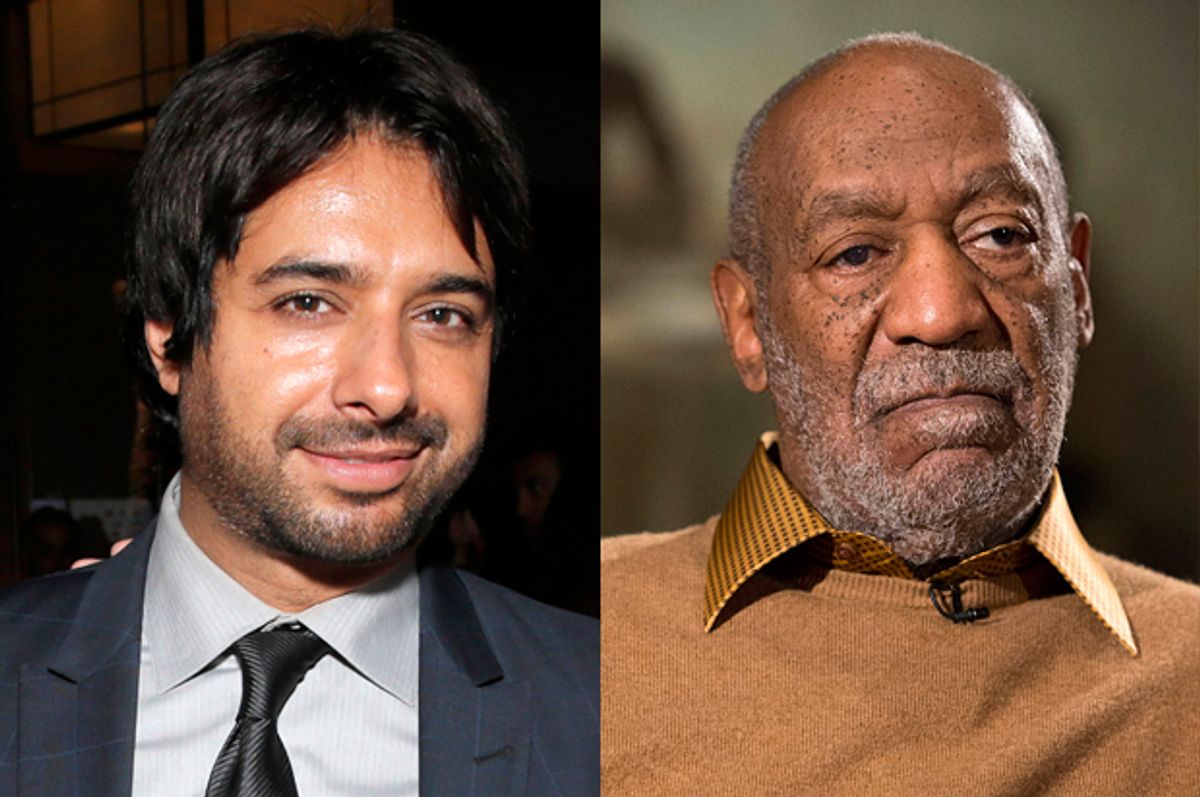 Over the weekend, Bill Cosby appeared on NPR’s Weekend Edition with his wife, Camille, to talk about the art exhibit at the Smithsonian National Museum of African Art, which features many pieces from their private collection. The interview turned to allegations of rape and sexual abuse directed at Cosby, accusations that have resurfaced recently and even grown over the weekend. After chatting about the art exhibit, host Scott Simon switched gears on Cosby and got serious: “This question gives me no pleasure, Mr. Cosby, but there have been serious allegations raised about you in recent days. You're shaking your head no. I'm in the news business. I have to ask the question — do you have any response to those charges?”

The question was met with silence from Cosby. Simon pressed on: “Shaking your head no — there are people who love you who might like to hear from you about this. I want to give you the chance.”

Cosby still refused to answer. These accusations of rape have swirled around Cosby for years now, but they haven’t really threatened the general opinion of Cosby as America’s funny dad until recently. Ten years ago, a woman named Andrea Constand filed a civil suit against the entertainer that was eventually settled out of court in 2006. Costant had lined up 13 women to testify against Cosby, including Barbara Bowman, who says Cosby drugged and raped her multiple times when she was a 17-year-old aspiring actor. Bowman has been outspoken about her experiences for years, and in the Washington Post last week, says her allegations were largely ignored until comedian Hannibal Buress recently called Cosby a rapist in his stand-up act.

It’s true that a younger comedian taking a hard shot at a venerable and beloved cultural figure like Cosby will get attention. But taken alone, Buress’ statements might have caused another easily ignored ripple. If it hadn’t been for the swift public backlash against Jian Ghomeshi in the wake of the allegations of violent sexual abuse against him, the Cosby story might even still be one of those dirty little open secrets, just as Ghomeshi’s violence appears to have been for awhile. But the Toronto Star investigative story on the allegations against Ghomeshi blew apart the radio star’s initial, preemptive self-defense, turning speculation into a full-blown international denouncement in less than 48 hours, and the idea that multiple women would potentially collude on similar stories of abuse in order to take down a powerful man lost a lot of power.

For Cosby, public reaction to the Ghomeshi story could have been instructive. Compared to the stories women have told about Cosby courting them as young, hopeful entertainment world professionals, then drugging and assaulting them, sometimes more than once, the stories women told about being assaulted by Ghomeshi shared many significant details, even when experienced months or years apart by women who did not know each other. While individual women still face suspicion and backlash when reporting sexual assault, in the case of Ghomeshi — and now, potentially, Cosby — the public seems to have decided that where there’s that much smoke, there’s probably fire.

Ghomeshi seems to have vanished from the public eye. Both of his P.R. firms have severed their ties with him, and the disgraced broadcaster hasn’t tried to address the allegations against him since that first preemptive Facebook post, before the details of his firing emerged. But Cosby, with staggering confidence, largely went about his public business lately, appearing at a Philadelphia Veterans Day event and dismissing a Philadelphia magazine reporter’s question about the assault allegations with “that beautiful Bill Cosby smile,” even after a Twitter request to “meme me” resulted in a viral avalanche of anti-rape jokes.

It’s not surprising that Cosby still went on Weekend Edition, even with allegations against him gaining steam. He likely didn’t expect them to come up. Open secrets in the media have a way of silencing heavy lines of questioning; if everyone knows, including his biographer, but nobody else will bring it up in an interview, is it worth talking about? Cosby managed to go on "The Tonight Show" only a few months ago and joke about his sex life without raising any serious questions. Only after another venerable voice dared to make Cosby face the accusations on a mainstream, high-profile program did he begin retreating, too. His appearance on Letterman was canceled. His lawyer issued a terse statement denying the allegations on Cosby’s website yesterday, but Cosby himself still shakes his head and refuses to talk. Meanwhile a vocal chunk of the public wants these allegations taken seriously enough to address, not merely dismissed as inconsequential rumors. Now that NPR has opened the door, there’s no shutting it.