The St. Louis suburb is bracing as a grand jury is set to announce whether Darren Wilson will be indicted 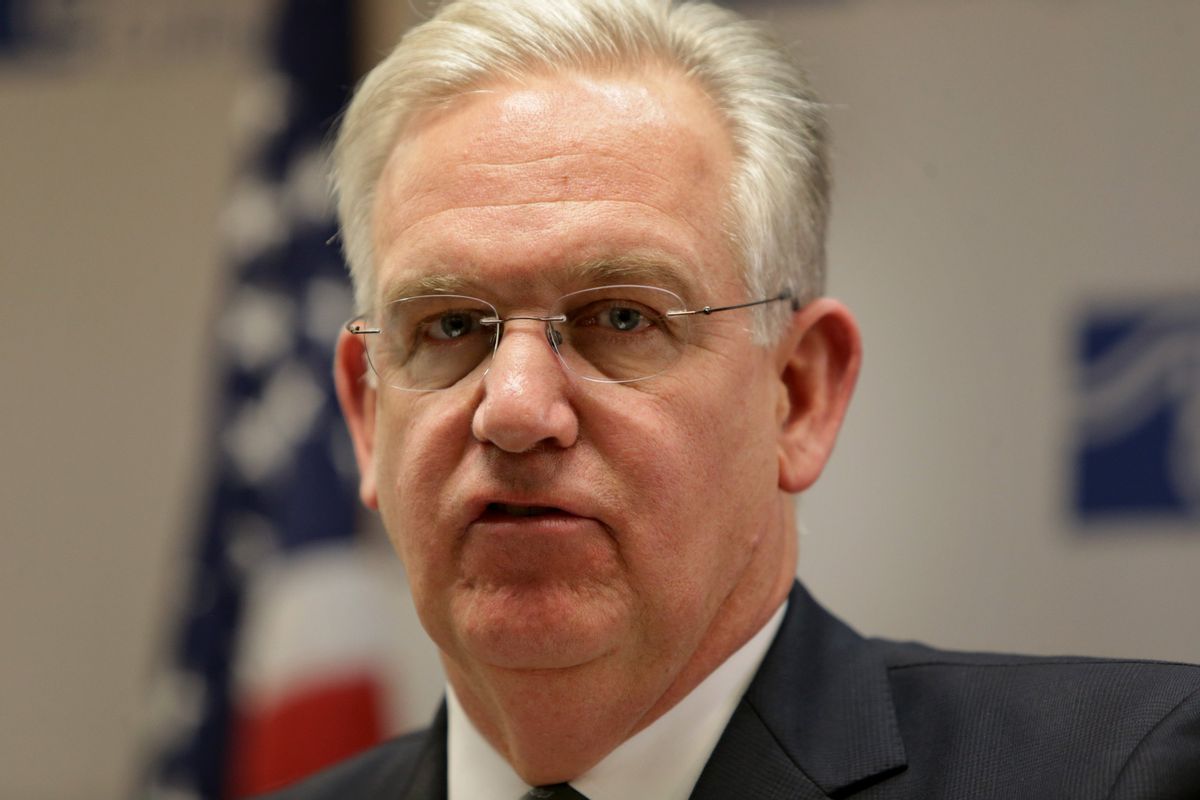 On Monday, Missouri Gov. Jay Nixon announced a 30-day state of emergency in the St. Louis suburb of Ferguson in an attempt to prepare for widespread protests following a grand jury's decision regarding whether Officer Darren Wilson will be indicted for Michael Brown's death.

"Our citizens have the right to peacefully assemble and protest and the State of Missouri is committed to protecting those rights," Nixon wrote in the executive order. "Our citizens and businesses must be protected from violence and damage."

In establishing the state of emergency, Nixon expanded the authority of the police to an unspecified extent:

I further order that the St. Louis County Police Department shall have command and operational control over security in the City of Ferguson relating to areas of protests, acts of civil disobedience and conduct otherwise arising from such activities.

I further order, pursuant to Section 41.480, RSMo, the Adjutant General of the State of Missouri, or his designee, to forthwith call and order into active service such portions of the organized militia as he deems necessary to protect life and property and assist civilian authorities and it is further directed that the Adjutant General or his designee, and through him, the commanding officer of any unit or other organization of such organized militia so called into active service take such action and employ such equipment as may be necessary to carry out requests processed through the Missouri State Highway Patrol and ordered by the Governor of the state to protect life and property and support civilian authorities.

Nixon is right to worry; activist groups such as the Don't Shoot Coalition are preparing for the worst by holding meetings, establishing safe zones and by distributing rules of engagement for protesters and police.

Derek Laney, an organizer for Missourians Organizing for Reform and Empowerment, was clear about the protesters' intentions, but also their limits: “We want to appear strong and forceful because we believe in what we’re pursuing. But we also definitely want everyone to know we’re committed to nonviolence. We want to disrupt. We want to make the comfortable uncomfortable.”