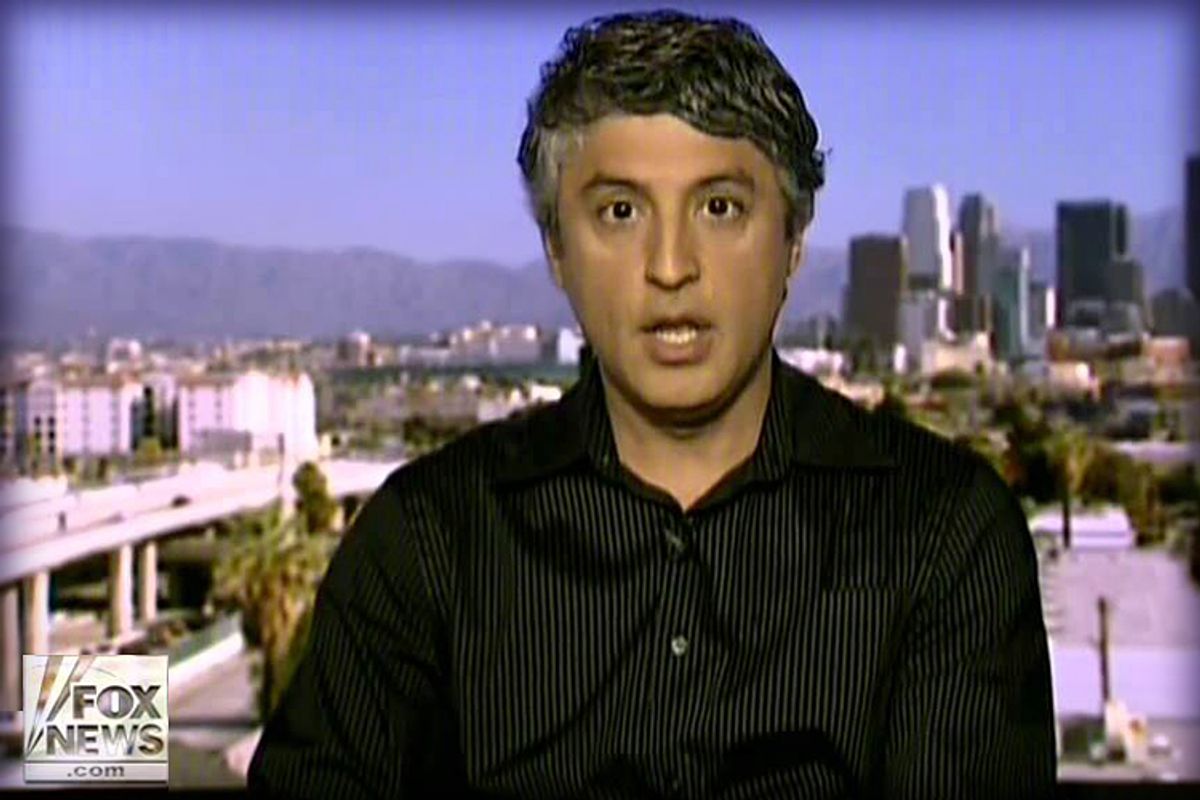 Professor Reza Aslan, who holds a master's in theological studies and a Ph.D. in sociology focusing on religion, has bad news for biblical literalists: The Gospels are "replete with historical errors and with contradictions," and for over a thousand years, religious leaders did not take the Bible as literal fact.

Aslan explained this to attendees of the Los Angeles World Affairs Council in February; video of the event just became available in recent weeks. The professor was responding to a question about historians and whether the miracles performed by Jesus actually happened.

Aslan went on to explain that for those who believe in God, faith might lead them to believe that Jesus lives in a time where "magic and miracle" were a part of everyday life. For those who don't believe in a higher power, they might believe that this was a result of "mass psychosis." He did, however, have advice on how to read the biblical texts.

"I think the best skill that we can learn is how to read the Gospels," Aslan said. "We come from a world in the 21st century in which we assume that biblical literalism, the notion that the Bible is literal and inerrant, is just sort of an inherent part of belief in the Bible."

"Let me just say that one more time," Aslan continued. "In the 2,000 year history in which the Gospels have existed, the idea that what you are reading in Matthew, Mark, Luke and John is literal and inerrant is a little more than 100 years old. It was the result of a very interesting movement, a backlash to Christian liberalism and the Scientific Revolution at the end of the 19th century ... by a group of American Protestants who began a movement that was launched by a series of tracts that were written called 'The Fundamentals' and that is where we get the term ‘fundamentalism’ from. It’s a very new phenomenon."

Along with biblical literalism being a new phenomenon, Aslan also points out that the Gospels are full of errors, and some of them don't even match up in terms of date. More shockingly, he states that religious men in the church didn't really have a problem with these historical inaccuracies.

"Of course they did!" Aslan responds. "They didn’t care, because at no point did they ever think that what they were reading was literally true.”

Why didn't the discrepancies bother these church fathers? In short, to them, fact did not equate to truth.

“We think that truth and fact mean the same thing," Aslan explains. "Indeed, science tells us, 'that which is true is that which can be factually verified.' But that’s not what the ancient mind thought."

"They were not as interested in the facts of Jesus’ life as they were in the truth revealed by Jesus’ life. When they constructed these stories about Jesus, and I mean that quite literally, they constructed these stories. If you asked them, 'Did this really happen?' they wouldn’t even understand the question. What do you mean did this really happen? You’re missing the point! The point isn’t 'Are these facts true?' the point is, 'What does this story reveal about the nature of who Jesus is?'"

Watch below via YouTube user Eric Dolan and Raw Story: