The Keystone myth that refuses to die: Stop calling the pipeline a job creator!

Even MSNBC is buying into the claim that Keystone will create tens of thousands of jobs. The actual number? 35 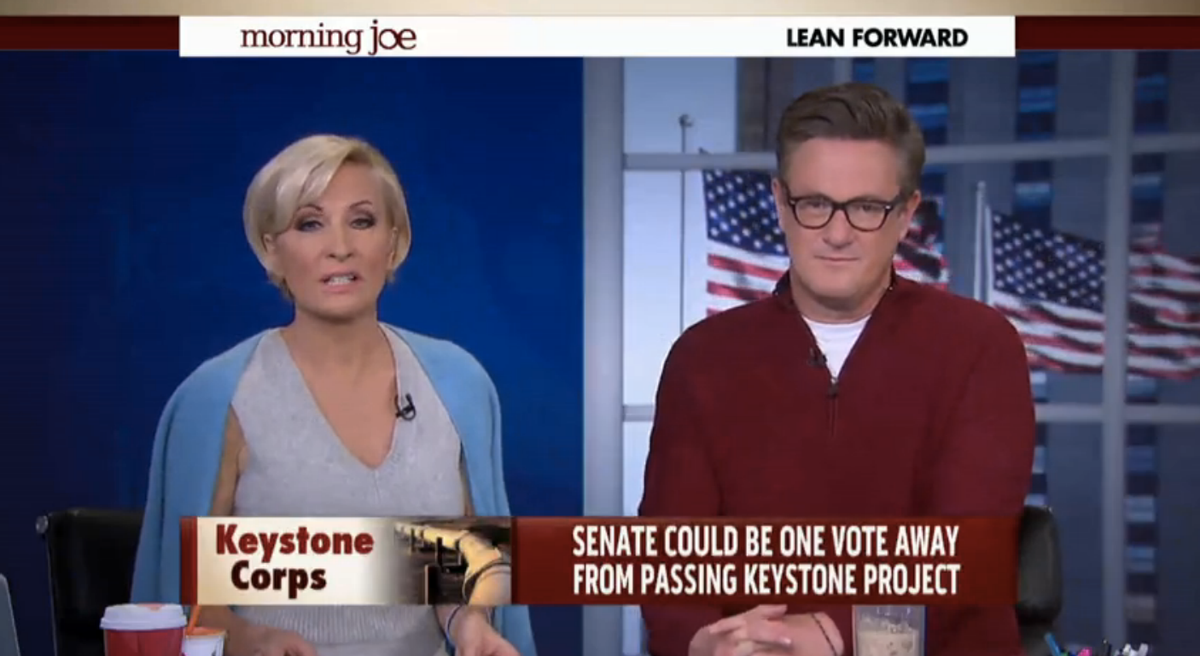 Of all the reasons one might have to support the construction of the Keystone XL pipeline (like, say, a last-minute gambit to save one's Senate seat), arguing that it's going to create jobs is the least sensical -- because, as the State Department itself determined, it will create only 35 permanent jobs.

Even with the 15 other, temporary jobs the project will create, for inspections and maintenance, that's still not enough even to employ the 60 senators Mary Landrieu, D-La., needs to pass through approval of the pipeline when it comes to a vote Tuesday evening.

And yet the argument that Keystone will lead to jobs upon jobs upon jobs is perhaps the most pervasive, and fundamentally incorrect, myth surrounding the pipeline controversy.

Only an extremely skewed reading of the job projections could lead Fox News Host Anna Kooiman, for example, to claim that "there would be tens of thousands of jobs created" if the president approved of the pipeline, a claim that Politifact rounded down to "mostly false." While it's true that the State Department estimates that 42,100 jobs -- many only tangentially related to the pipeline -- will be created during its two years of construction, they're almost all temporary, and include 10,400 seasonal positions that will only last for four to eight months. When you look at that over the course of two years, Politifact explains, that only comes out to 3,900 "average annual" jobs. Most of the construction jobs in Montana, South Dakota, Nebraska and Kansas, through which the pipeline will pass, will rely on specialists brought in from out of state.

TransCanada's CEO, Russ Girling, further stretched the truth into an outright lie on ABC's "This Week" Sunday morning, claiming that the State Department called those 42,000 jobs "ongoing" and "enduring." Again, Politifact corrects the record, explaining that, for the reasons above, those adjectives only apply if you have an incredibly short-sighted definition of "ongoing and enduring" (read: two years or less).

But if you really want to get an idea of how hard the jobs myth is to squash, look no further than lefty news channel MSNBC, where host Joe Scarborough propagated that same false narrative. Questioning a potential decision to delay the pipeline, he laughed: "Their own State Department says it's going to create 50,000 new jobs."

You know what already did create tens of thousands of jobs, in nearly every state? Renewable energy, which according to a report from Environmental Entrepreneurs created almost 80,000 of them in 2013 alone. The main thing holding back future growth, that same report found, is "ongoing regulatory uncertainty," most notably with wind energy tax credits. It's worth checking out, especially if you happen to be a politician who's legitimately looking for a way to grow the economy.

Those other persuasive arguments for approving the pipeline, for the record, don't hold up much better: The part of the State Department review finding that Keystone would have a negligible impact on the environment, for one, is made extremely suspect by the multiple conflicts of interest surrounding it. The local impacts of leaks and the global impacts of emitting any more greenhouse gases into the atmosphere would suggest otherwise; another study evaluating the State Department's analysis concluded that the report downplays the pipeline's environmental significance.

Studies have established that the pipeline isn't going to reduce the United States' dependence on foreign oil. And over at the Washington Post, Philip Bump has the ultimate explainer for why it isn't going to lower gas prices in any straightforward way -- it some regions, in fact, it could even raise them. What he boils it all down to: "The most direct beneficiaries of Keystone XL won't be consumers."

Here's Sen. Bernie Sanders, I-Vt., on CNN, trying to wrap his mind around the idea that approving the pipeline would make any kind of sense whatsoever:

Oh, and one other job pushing the pipeline won't be able to ensure? Sen. Landrieu's, as voters don't seem to have been swayed by her pro-Keystone rhetoric. Although, as Salon writers Luke Brinker and Joan Walsh have both pointed out, we can expect to see a brand-new position with the oil lobby created just for her once this is all over.