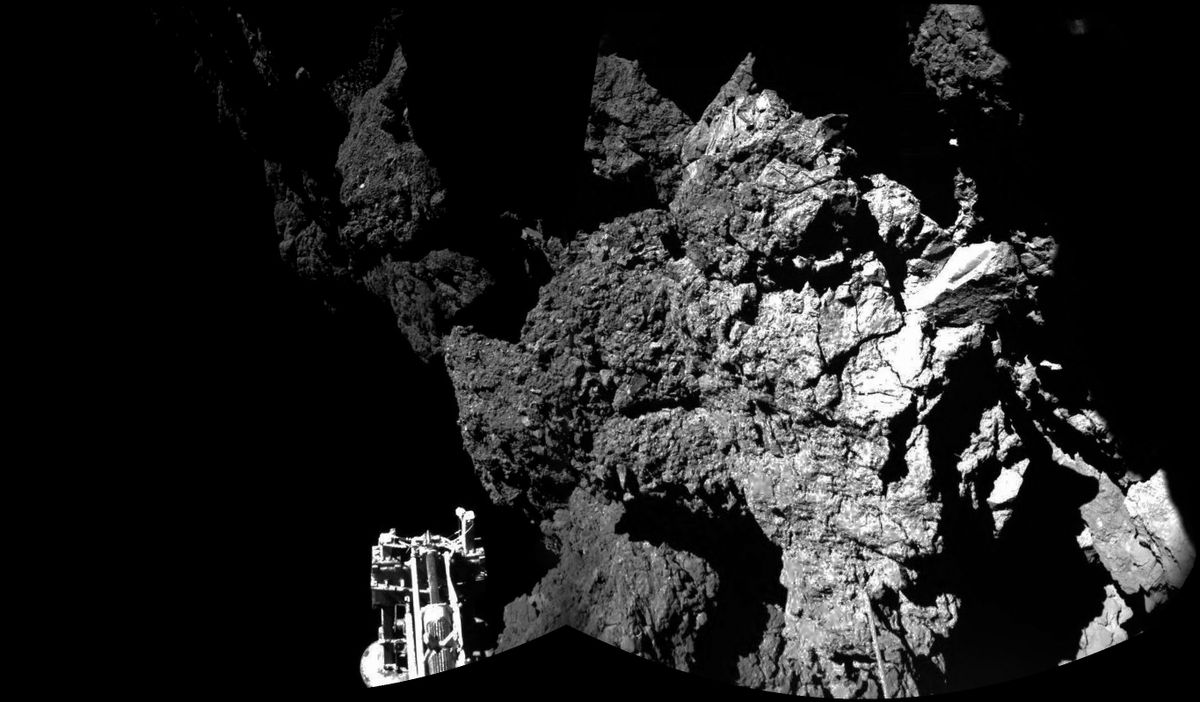 FILE- In this file photo dated Thursday Nov. 13, 2014, a combination photo produced with different images taken with the CIVA camera system released by the European Space Agency ESA, shows Rosettas lander Philae after landing safely on the surface of Comet 67P/Churyumov-Gerasimenko, as these first CIVA images confirm. One of the landers three feet can be seen in the foreground. Philae became the first spacecraft to land on a comet when it touched down Wednesday on the comet, 67P/Churyumov-Gerasimenko. (AP Photo/Esa/Rosetta/Philae, FILE) (AP)
--

LONDON (AP) — The world looked on in awe last week as European scientists — for the first time in history — placed a spacecraft on a comet hundreds of millions of miles (kilometers) from Earth.

Back on the planet, protests broke out in Warsaw amid Poland's Independence Day celebrations, police hauled a Femen demonstrator away from St. Peter's Square in Rome and children in Athens sat on a monument honoring pro-democracy activists. A refugee center near Rome was attacked in the latest wave of anti-immigrant violence, floods coursed through the streets of Milan and a fire bull ran after a reveler during a festival in Spain.

In Africa, a blast devastated a gas station in Nigeria and a child used a mosquito net as a soccer goal in Zambia.

Black Pete figures greeted children in Antwerp despite critics' claims the holiday character is racist, Syrian children played in a refugee camp and a tiny model walked the runway at Belarus Fashion Week in Minsk.

Stars of "The Hunger Games" film series appeared at a premiere in London and top Russian skaters performed at a competition in Moscow.