Bill Cosby's statement of silence removed from his website

With the comedian's response to recent rape allegations missing, his silence grows louder 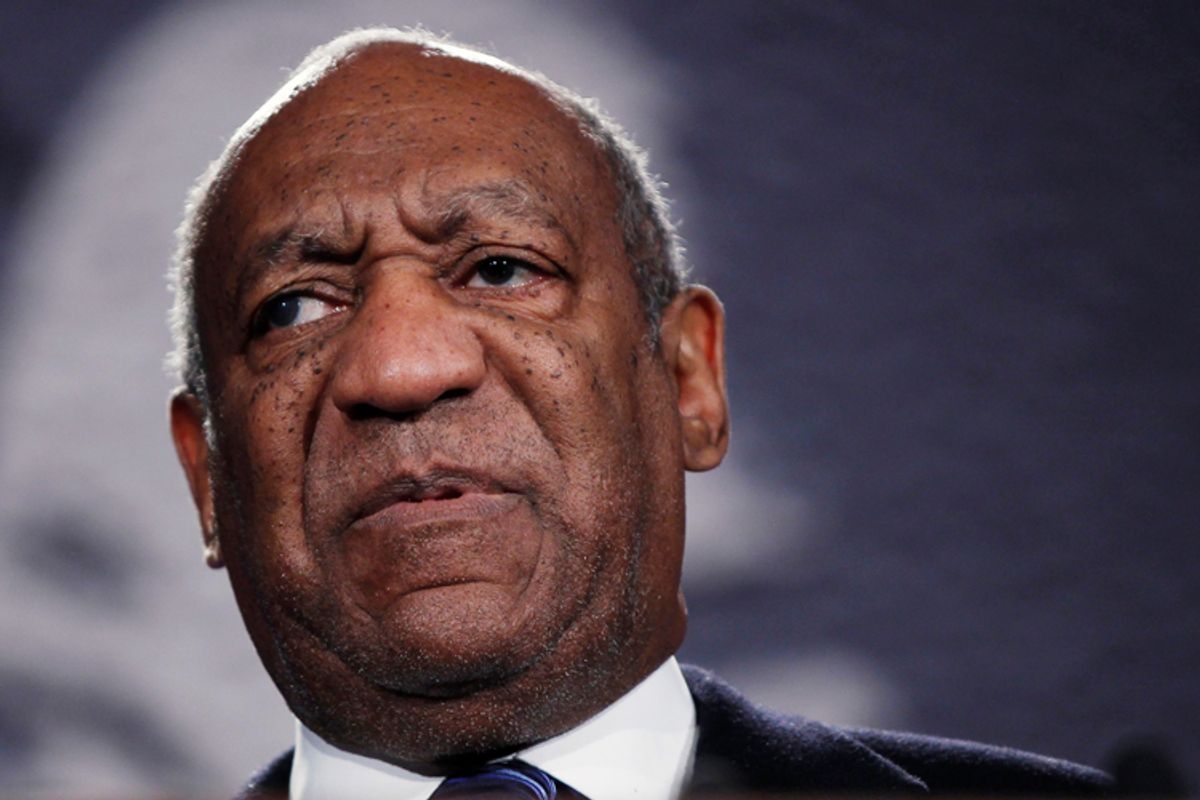 Just when it seemed Bill Cosby couldn't be any more silent on the rape allegations against him, the crickets have only begun to chirp louder. On Sunday, after the comedian shook his head no and kept his mouth closed on NPR's Weekend Edition, Cosby's lawyer, John P. Schmitt, issued a statement to reinforce the silence. It was posted on Cosby's website, and said this:

Over the last several weeks, decade-old, discredited allegations against Mr. Cosby have resurfaced. The fact that they are being repeated does not make them true. Mr. Cosby does not intend to dignify these allegations with any comment. He would like to thank all his fans for the outpouring of support and assure them that, at age 77, he is doing his best work. There will be no further statement from Mr. Cosby or any of his representatives.

Now, that statement no longer appears on Cosby's website. See? So, seems like Cosby is still staying silent, huh? Or maybe his team is working on a new spin control strategy. Either way, his continued failure to address the allegations doesn't look good, even if it doesn't sound like anything at all.