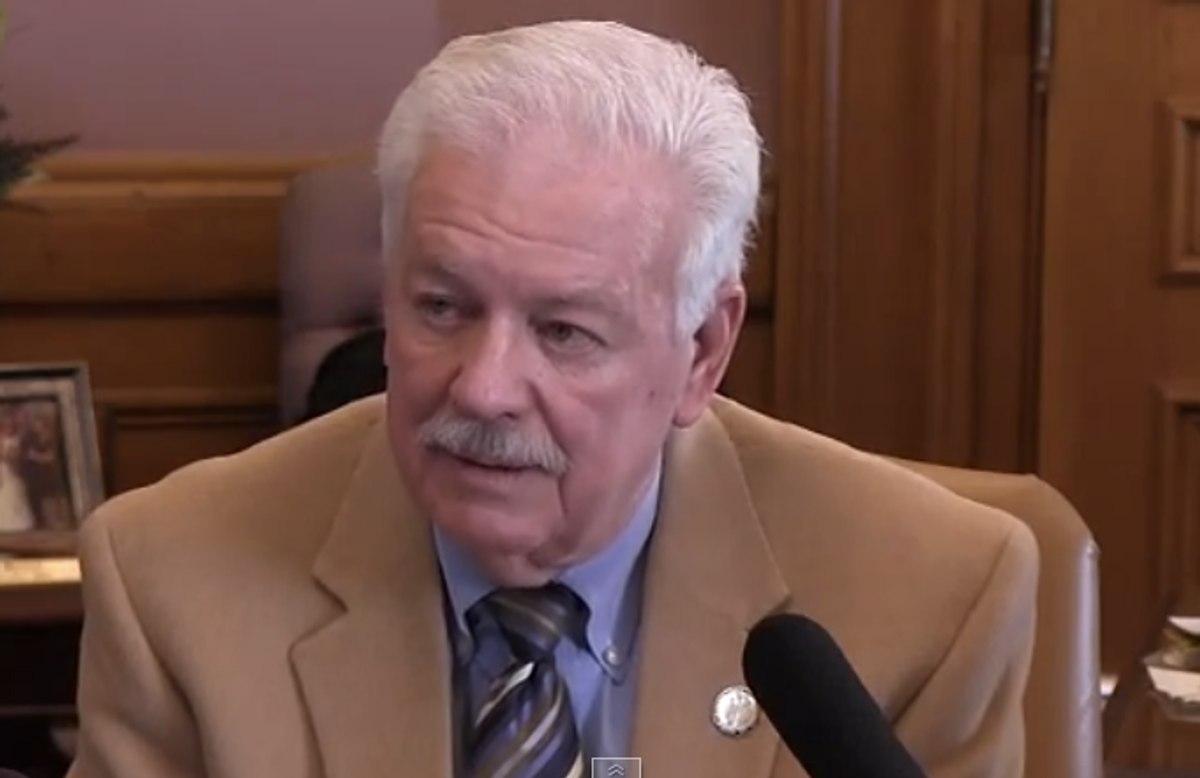 In the wake of dismal revenue figures indicating that Kansas will need to come up with $279 million in savings by June, the Republican speaker of the state House of Representatives is calling for drastic cuts to government services rather than increased taxation, asserting that government public employees "produce nothing."

It's certainly news to economists that a dollar spent by a public school teacher or firefighter doesn't count the same as a dollar spent by a private sector office worker -- just as it's news that educating young minds and protecting public safety amounts to "nothing."

Kansas confronts a dire budget situation because of the disastrous consequences of massive tax cuts for the wealthy pursued by GOP Gov. Sam Brownback and the state Legislature, which has a Republican supermajority. Brownback narrowly won reelection over Democratic challenger Paul Davis this month, and the governor and Merrick have been adamant that they won't reverse course on the tax cuts but will pursue spending cuts instead. But the state has already implemented large cuts in spending on items like education, Medicaid and mental health services.

Merrick -- who along with other legislators receives $88.50 a day in state pay when the Legislature is in session, in addition to a $118 a day per diem -- is a leader of the Kansas GOP's dominant conservative wing. Named "Legislator of the Year" by the right-wing American Legislative Exchange Council (ALEC) in 2010, Merrick is also ALEC's state chair and sits on its national board.