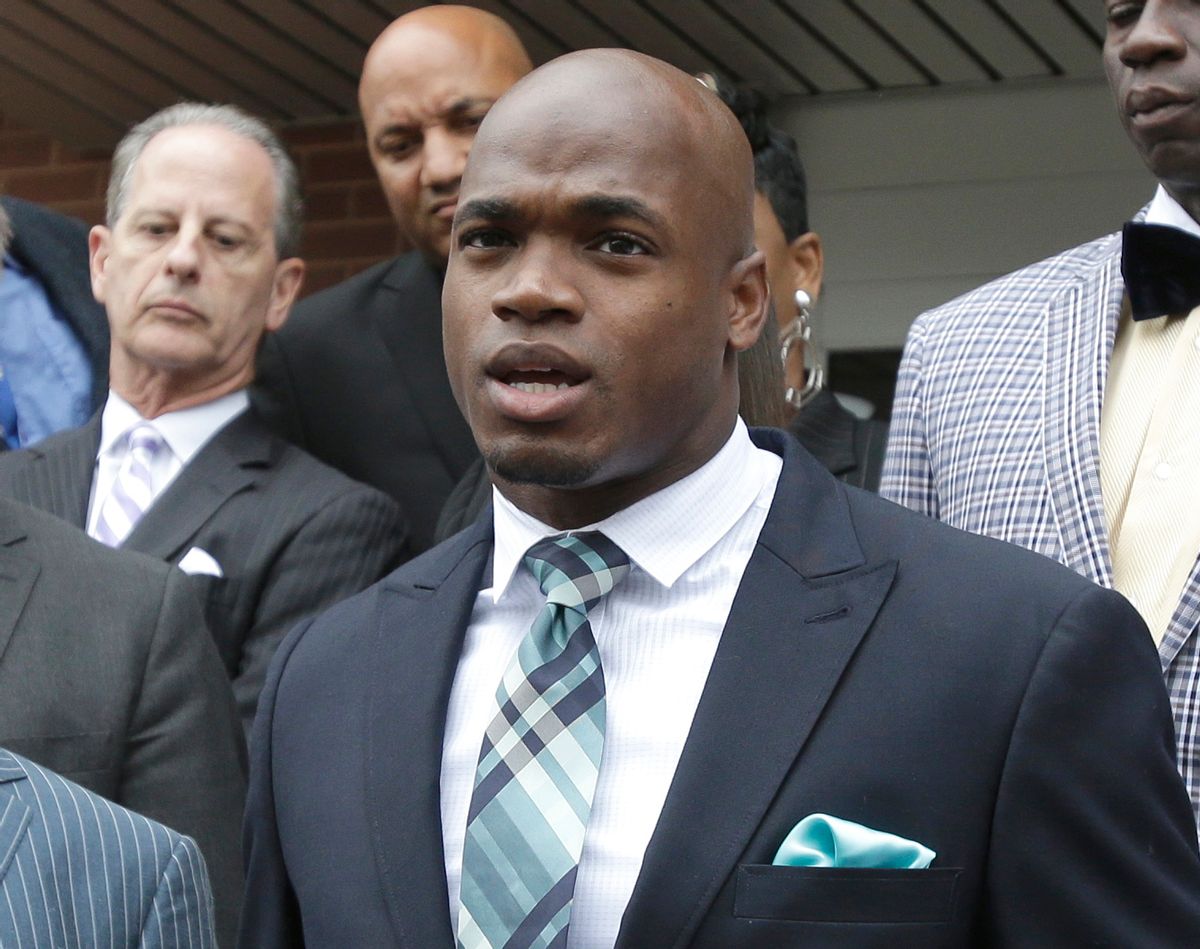 Minnesota Vikings star running back Adrian Peterson has been suspended from the NFL without pay for the remainder of the season, two weeks after pleading no contest to beating his 4-year-old son. Peterson, who was arrested on child injury charges in mid-September, was previously placed on Commissioner Roger Goodell's exempt list, which allowed him to collect pay while remaining benched for the earlier part of the season.

Represented by the NFL Players Association, the running back now claims the new suspension contradicts an earlier agreement he reached with Goodell, according to the New York Times:

After Peterson admitted to a misdemeanor charge two weeks ago, he said that he ought to be reinstated as per a deal he struck with the league. An arbitrator heard his appeal.

Instead, Goodell said he was penalized because he injured a defenseless 4-year-old child with a switch, or a small tree branch, that he called “the functional equivalent of a weapon, particularly in the hands of someone with the strength of an accomplished professional athlete.”

Peterson has “shown no meaningful remorse,” Goodell added in a statement. The commissioner pointed to comments Peterson made about his intention to not "eliminate whooping my kids." Goodell said “these comments raise the serious concern that you do not fully appreciate the seriousness of your conduct, or even worse, that you may feel free to engage in similar conduct in the future.”

The Players Association, however, says Goodell's decision illustrates a "credibility gap" between the commissioner's deals with beleaguered players, such as Peterson or Ray Rice, who is also currently appealing his own suspension from the league, and his efforts to uphold the player code of conduct. Peterson and his representatives have requested a third-party arbitrator to review his suspension.