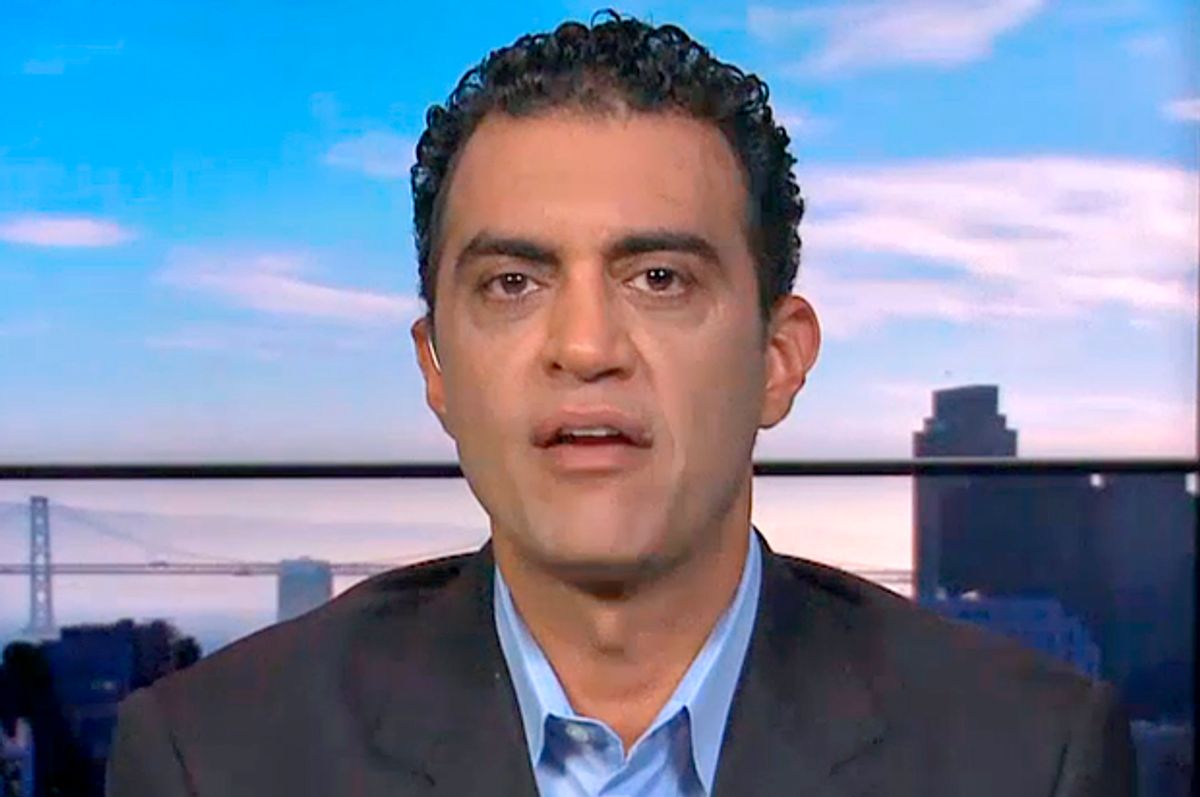 This afternoon Uber CEO Travis Kalanick took to Twitter to respond to the latest Uber controversy.

On Monday, BuzzFeed published a report about the ride-sharing company Uber filled with damning quotes from senior vice president Emil Michael, who suggested digging up dirt on journalists who were critical of the company. Michael specifically called out PandoDaily editor Sarah Lacy, who wrote a swift response to the comments last night. From BuzzFeed:

"Over dinner, he outlined the notion of spending 'a million dollars' to hire four top opposition researchers and four journalists. That team could, he said, help Uber fight back against the press — they’d look into 'your personal lives, your families,' and give the media a taste of its own medicine."

Salon's Mary Elizabeth Williams wrote in depth about the comments today. The notion that Michael would suggest spending this money to doxx and smear a journalist who, with freedom of the press, criticizes the company is beyond reproach. It is a gross scare tactic, an invasion of privacy and all the more so because it was aimed specifically at exposing the private life of a woman.

The comments themselves are emblematic of Uber's tactics -- ruthless mudslinging, sabotage, no hint of respect. The non-apology was par for the course, as well; Uber again avoided taking responsibility and did not end up terminating Michael. (Quartz even called it more of an "internal memo" than an apology.) Kalanick's tweets are below:

Naturally, the general Twittersphere was unimpressed!

Some of the best criticism came from T.C. Sottek of the Verge, who notes that none of the tweets include an apology: