NBC could be the next to halt plans with the star, who has yet to respond to allegations of sexual assault 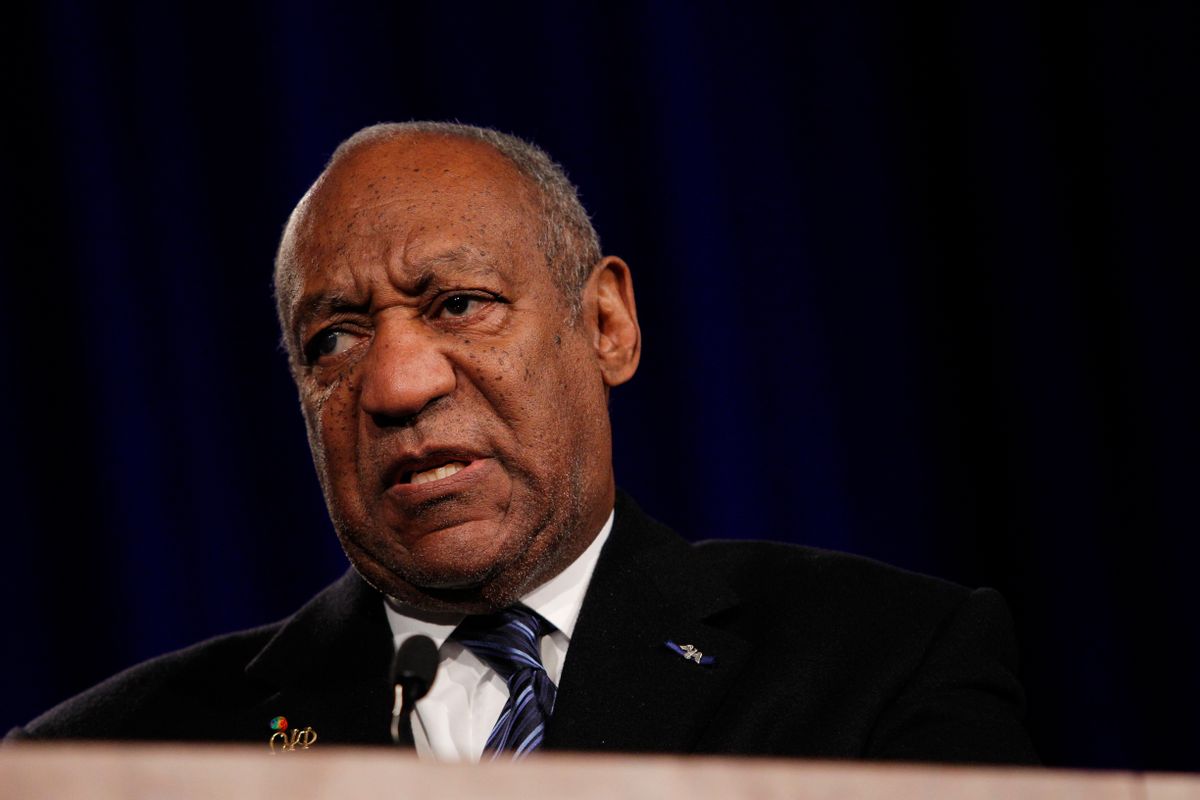 Netflix has announced plans to postpone a planned tribute special in honor of Bill Cosby as the comedian continues to remain silent on sexual assault allegations leveled against him by a total of 15 women, the latest of whom is model and reality TV star Janice Dickinson. On Tuesday, the streaming service told Variety that the Cosby stand-up special, "Bill Cosby 77," will no longer air on Nov. 28, when it was slated to start.

The decision comes just days after another woman, Joan Tarshis, accused Cosby of sexually assaulting her twice in 1969; before that, former actress Barbara Bowman penned a Washington Post Op-Ed reiterating allegations she first made public in 2004, accusing Cosby of drugging and raping her repeatedly during the 1980s. So far, the comedian has refused to respond to any of the allegations. Cosby's only statement on the matter, signed by his lawyer, has been removed from his website.

While Cosby canceled a recent appearance on "Late Show With David Letterman" of his own accord, Netflix's postponement could indicate the start of corporate distancing from the comedian. As Variety reported earlier in the week, NBC declined to comment on whether a planned Cosby sitcom will remain on track; according to Deadline, the network could face trouble whether it continues with the project or not:

On the show, executive produced by The Cosby Show‘s Tom Werner, Cosby is to star as Jonathan Franklin, a patriarch of a multigenerational family who shares his many years of wit, wisdom and experience to help his daughters, sons-in-law and grandchildren navigate their complicated modern lives. In light of the slew of disturbing accusations, it would be hard for viewers to accept Cosby as a lovable family man and for NBC to sell the project to advertisers.

The network has a lot of money at stake. According to the deal, Cosby is owed a big penalty if the comedy doesn’t go to pilot. Because these are old allegations with little or no legal repercussions, the network might have to write Cosby a fat check if it kills the project. But the damage to NBC’s image — especially with parent Comcast priding itself as a family business holding strong moral values — could be pricier if it opts to continue.