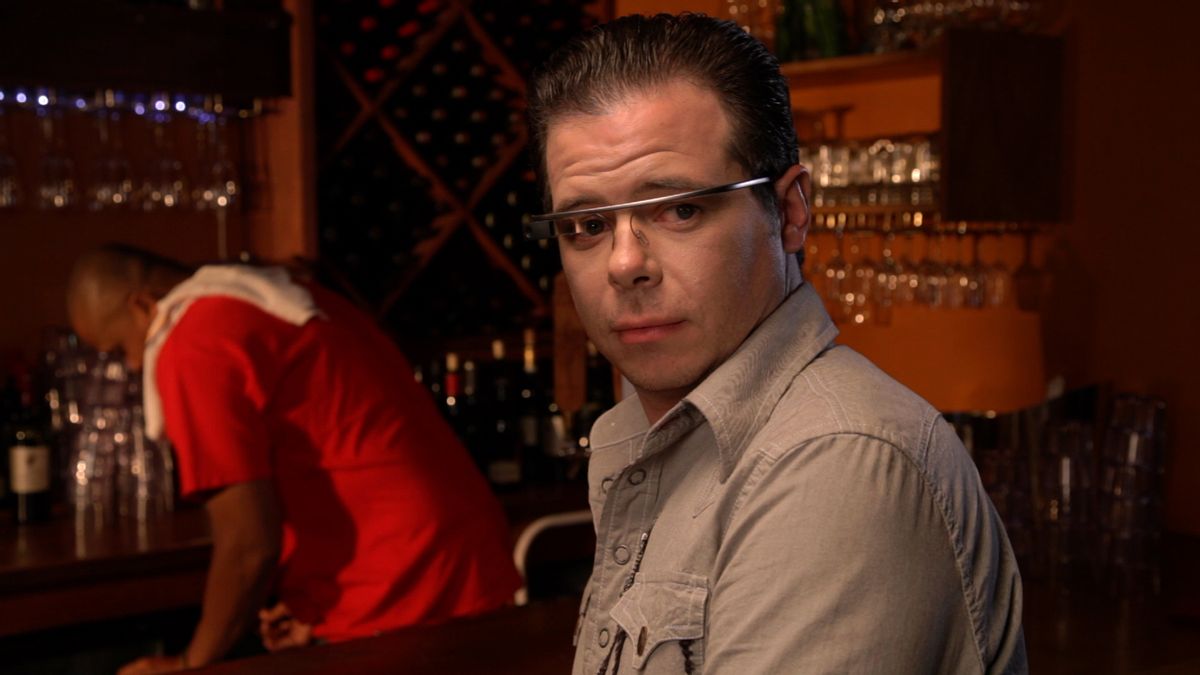 San Francisco has done a pretty good job of parodying itself lately. It’s become a city where you overhear people saying things like this with a straight face: “My new start-up, it's like Uber for marijuana, but for salmon.” As more and more privileged 20-somethings converge upon the Bay Area with app-fueled dreams of becoming billionaires, the surrealness continues to reach absurd new heights.

Self-awareness, however, is definitely in short supply. From the entrepreneur whose get-rich-quick scheme relied on auctioning off public parking spots to the clueless tech bros who tried to displace a group of neighborhood kids from their local soccer field, every week seems to bring a new example of ridiculousness.

“Tech Boom!” is the latest project to till this ripe, manure-laden comedic soil. The brand-new Web series is directed by Jack Birmingham along with Loren Risker and Hector Escarramán, and is hitting the ground running this week with a batch of nine short episodes. Imagine a blend of “Portlandia” and “Silicon Valley” with a dash of “Broad City” wackiness mixed in.  I spoke with Risker about political satire, gentrification and plans for future episodes.

How did moving from San Francisco to Oakland affect the way you look at the way things are changing in the city? I lived in San Francisco for a long time and moved to Oakland about four years ago. I go back to the city at least once a week, but I still notice something that weirds me out every time I’m there that I might not notice if I were constantly immersed.

I love San Francisco; it drew me out to California nine years ago from the Midwest. But the truth is, I can’t afford to live there anymore. Every time I go back to SF I’m in awe of the new construction, but saddened by our favorite spots like the Attic, Cafe du Nord or the Empress of China disappearing. I knew I was living in a bubble in the city, but it took moving to Oakland to see how truly absurd the San Francisco tech culture can be.

How do you think "Tech Boom!" will be received by the kinds of people being satirized by the show? Are you concerned -- or perhaps hopeful -- that some folks might be offended?

I love absurd comedy and we're betting people drawn to the tech world do, too. On the other hand, topical humor should highlight controversy, so if someone is offended then "Tech Boom!" is doing something right. I love the community, creativity and spirit of innovation in the Bay Area, so I personally hope that the people being satirized by the show will become some of our biggest fans.

You’re dropping the first batch of episodes this week, but, moving forward, what will your production and release schedule look like? Will you ever fire off a quickie episode to respond to breaking news? For example, any chance you’ll be filming a skit making fun of clueless Uber executives this weekend?

We would love, love, love to tackle breaking news. We just need more support and partners to turn things around quickly and maintain a high level of quality. We'll see what the reaction is to our first batch and home in on what people want. We will be picking up the pace moving into the new year.

Are there any issues that you think might be too complicated or sensitive for this format? Topics like mass evictions and the exodus of San Francisco’s black community are hugely important, but might not lend themselves well to a comedy show. On the other hand, people like John Oliver have proven that very serious topics can be ripe comedic material, if handled deftly.

The topics of gentrification and other tragic consequences of the boom are ripe for comedy. Humor is a great way to provoke the serious discussions and actions that need to happen to keep the spirit of San Francisco alive. Everything is moving so fast and we all tend to look forward, so I think it’s important to keep a conversation going about the harmful impacts of the boom.

Are you worried that any of your jokes are going to overlap with things that have already been satirized on Mike Judge’s HBO show “Silicon Valley”? Clearly, there’s plenty of material to work with, but some of the clichés of the tech industry, like Google Glass, just beg to be mocked again and again.

"Silicon Valley" did a terrific job of capturing the start-up experience. "Tech Boom!" aims to show the broader scope of tech culture and the people affected by it. We can also move quicker, and tackle more topical subjects since we aren’t committed to a traditional television format or schedule.

It seems like some of the trends you’re poking fun at will resonate with city-dwellers across the country. For example, while the pop-up restaurant trend has been big in the Bay Area for a few years now, I’m sure residents of cities like Brooklyn and Portland will be quite familiar with the premise of the gag. Did you intentionally look for trends that transcend San Francisco to reach a wider audience?

Absolutely. Technology is affecting the culture of our society and deep down everyone can relate to many of these feelings and experiences. We’re all a bit overwhelmed and need a good laugh.

We’ll do anything YouTube lets us get away with. We’d love to shoot anywhere that represents the city. We already shot a scene at Good Vibrations, which will come out the week after Thanksgiving. Sex has always been a big part of San Francisco culture. Whenever it intersects with tech, it will probably be hilarious.