Why people make life-changing decisions right before their 30th birthday

New research finds that ages like 29, 39 and 49 make us question our life choices 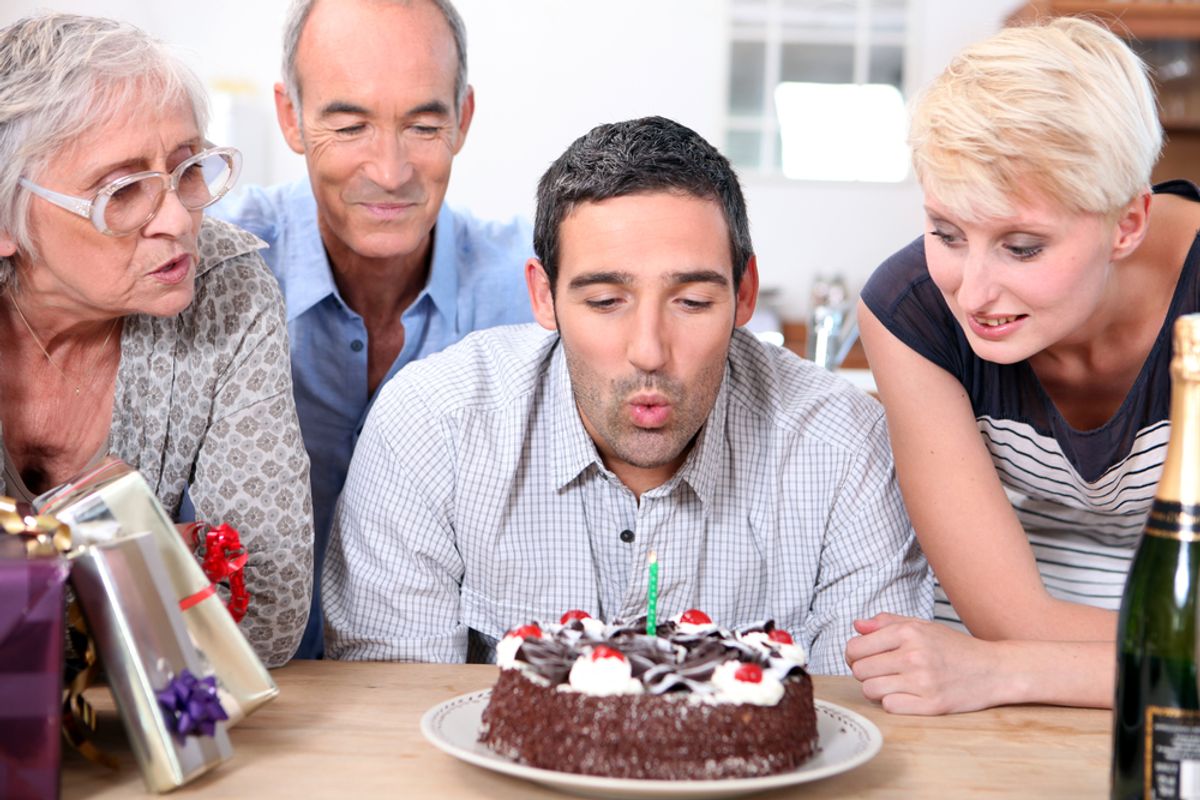 New research published in the Proceedings of the National Academy of Sciences has found that we are much more likely to make major decisions in preparation for big birthdays. Why? Largely because we realize our own mortality. As the study's authors write, it is at those ages that we are "particularly preoccupied with aging and meaningfulness, which is linked to a rise in behaviors that suggest a search for or crisis of meaning."

Although humans measure time using a continuous scale, certain numerical ages inspire greater self-reflection than others. Six studies show that adults undertake a search for existential meaning when they approach a new decade in age (e.g., at ages 29, 39, 49, etc.) or imagine entering a new epoch, which leads them to behave in ways that suggest an ongoing or failed search for meaning (e.g., by exercising more vigorously, seeking extramarital affairs, or choosing to end their lives).

To come to this conclusion, the research team looked at a number of data sets that indicated unhappiness or increased motivation: a dating website like Ashley Madison (one geared toward people who want affairs), suicide data from the Centers for Disease Control and Prevention and finally data from a website called Athlinks that tracks finishing times for races.

The first two data sets indicated spikes among 29-, 39- and 49-year-olds, while the last set found that runners in the last year of a decade finished 2.3 percent faster than years before and after, suggesting they trained harder. The researchers also took a sample of 500 runners aged 25 to 64 and found that the number of people in their last year of a decade (74) was an over-representation of 48 percent.

"Transitions, they make us step back, they make us evaluate things," said Hal Hershfield, a psychologist at UCLA and co-author on the study, in an interview with Science of Us. "Once you're in the midst of something, it's easier to keep your head down and just go, go, go. But when you take a step back, that's when you say, 'Wait, let me see how everything's doing here.'"