This is America? Secret courts, no Fourth Amendment and ... magic pixie dust 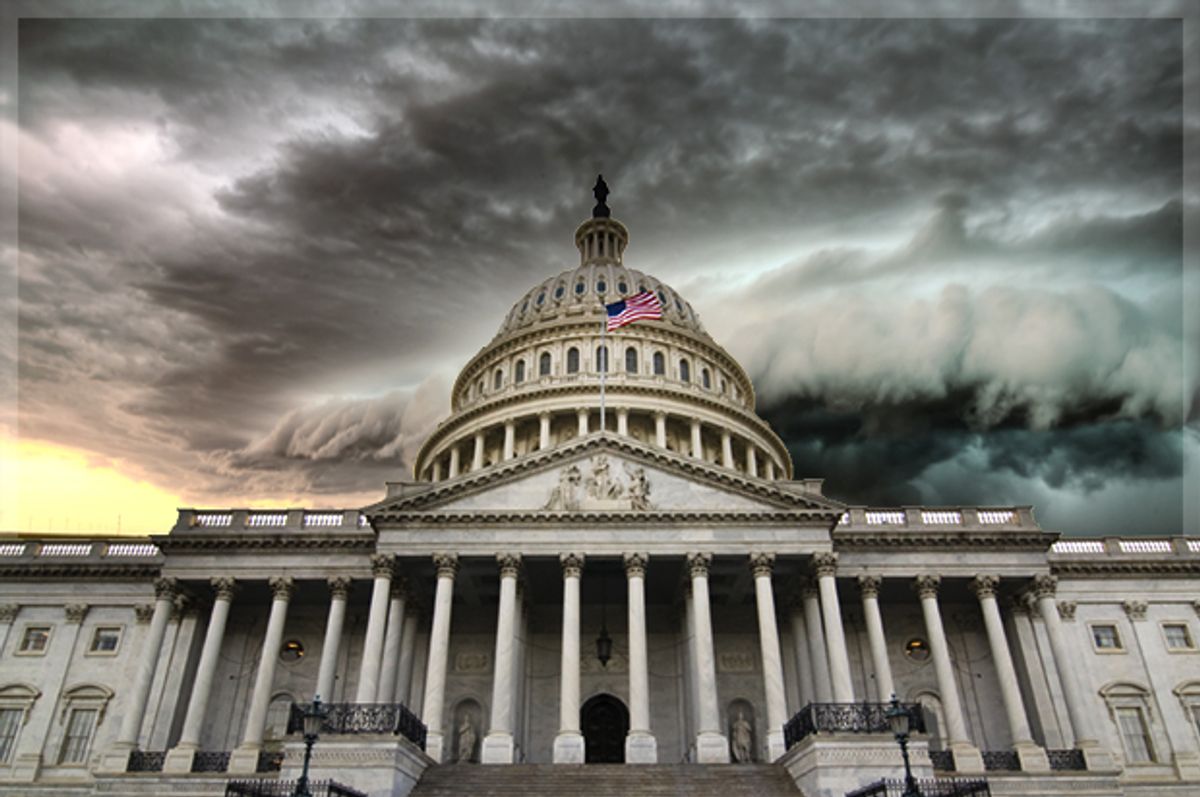 The USA Freedom Act died in the Senate Tuesday night. With it went a provision for a weak advocate to provide at least the beginnings of an adversarial position in the secret FISA court for more exotic requests. The measure would have allowed the FISC to consider viewpoints outside that of the government while still retaining the court's secrecy.

Even as that effort to do something to make the FISA court less like -- as Sen. Richard Blumenthal said during Tuesday's debate -- the "Star Chamber," the British king's old secret court, failed, the government released a transcript from a hearing at the FISA Court of Review, the appellate court to the FISC. The hearing considered Yahoo's challenge to the Protect America Act, a precursor to today's PRISM program, which required the Internet provider to hand over customer data in response to government "directives" rather than warrants.

Some of the claims judges made in the secret hearing would be funny -- perhaps were meant to be -- if they weren't so alarming, coming from a judge working in secret. For example, perhaps as a way of arguing the Fourth Amendment only requires searches to be reasonable, not require warrants, Judge Morris Arnold noted that "the warrant clause is at the bottom end of the Fourth Amendment." As if sticking the requirement for warrants at the back end of a constitutional amendment made it optional.

Other comments were downright troubling, as when Arnold suggested Yahoo hadn't been injured by the government's demand that it help it spy on their customers. "Well, if this order is enforced and it's secret, how can you be hurt?" Arnold asked. "The people don't know that -- that they're being monitored in some way." Arnold continued, "I mean, what's -- what's the -- what's your -- what's the damage to your consumer?"

The most substantively outrageous comments came from Acting Solicitor General Gregory Garre. To dismiss any Fourth Amendment concerns about the American side of communications collected along with a target, Garre claimed "incidentally" collected Americans' content "is either destroyed" ... "and not used or disseminated." He then claimed "there is no database that is taken from incidental collections."

That claim made it into FISCR's final ruling to justify the court's finding that the incidental collection of large amounts of Americans' data did not implicate the Fourth Amendment. "The government assures us that it does not maintain a database of incidentally collected information from non-targeted United States persons, and there is no evidence to the contrary," the opinion read. "On these facts, incidentally collected communications of non-targeted United States persons do not violate the Fourth Amendment."  Even when that claim was first revealed five years ago, it was pretty clear it was not true. Since then we've learned the government not only keeps that data, meaning it does, in fact, have the database it claimed in secret it didn't have. We've also learned the government searches Americans' names and email addresses, even before it has evidence of wrongdoing against them. The FBI does it so frequently, they cannot count how often they do.

That's not the only gross misrepresentation the government told in the secrecy of America's Star Chamber.

Later in the hearing, Garre pointed to the order the government uses to authorize its spying activities, Executive Order 12333, to prove that it did not spy on Americans overseas without conducting some kind of review that the American is some kind of agent of a foreign power. He emphasized the longevity of the EO. "It was issued in 1981," Garre said in 2008, " and that is an order that has been followed. I don't think anyone disputes that it's been followed." Garre offered up -- but did not deliver -- "a discussion or explanation of the manner in which Section 2.5 has been carried out over the past few decades." Judge Arnold asked, "Your main point is that this wasn't just something hoped [sic] up for present purposes; it's been in effect for quite some time?" Garre answered, "That's exactly right."

Only it wasn't exactly right.

As Salon has noted, just six months before Garre made those comments, Sen. Sheldon Whitehouse revealed how the EO had in reality been treated during the years it authorized a warrantless wiretap program. In fact, sometime earlier in the Bush administration, DOJ's Office of Legal Counsel, a department that interprets the law for the executive branch, had ruled that, “An executive order cannot limit a President,” Whitehouse read from language he got declassified to read before the Senate. ”There is no constitutional requirement for a President to issue a new executive order whenever he wishes to depart from the terms of a previous executive order. Rather than violate an executive order, the President has instead modified or waived it.” As described, the EO Garre claimed was so rock solid was actually closer to pixie dust.

Whitehouse made clear when he revealed this language not only that it pertained to EO 12333 -- the EO Garre presented as a decades-old unchanging mandate -- but to precisely the protections for Americans overseas. Whitehouse explained, “Here is what legally prevents this President from wiretapping Americans traveling abroad at will: nothing. Nothing.”