This gorgeous, haunting fable of a handsome boy, a beautiful undead girl and a car is the year's biggest discovery 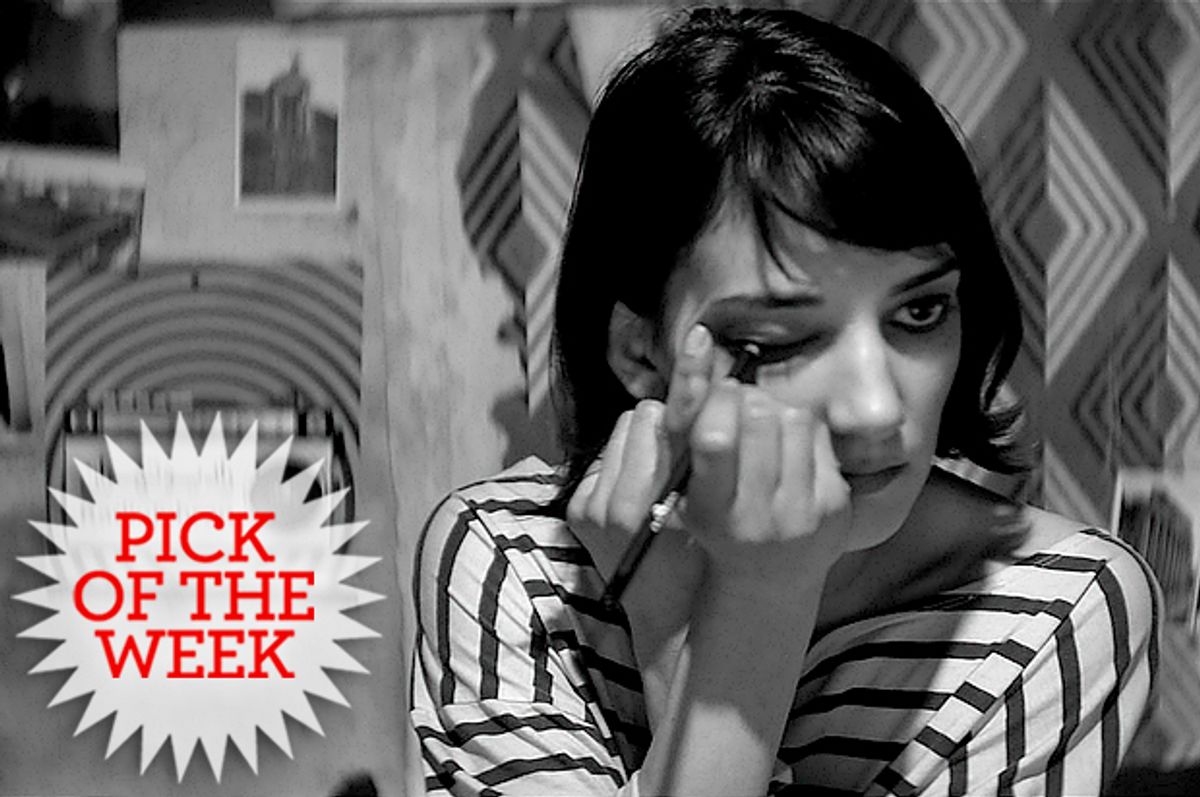 You’re done with vampire movies, right? Believe me, I get it. At this point, even those of you who dug “Let the Right One In” and Jim Jarmusch’s “Only Lovers Left Alive” and Neil Jordan’s “Byzantium” have concluded that nobody can possibly bring anything new to the bloodsucker genre. It’s over. You didn’t know that you have been waiting, and indeed longing, for a feminist-romantic Iranian vampire movie, with undertones of Goth graphic novel and Sergio Leone western. Oh, and which is in black-and-white, entirely in Farsi, and was shot in Southern California. That movie is “A Girl Walks Home Alone at Night,” the first feature from the young Iranian-American writer and director Ana Lily Amirpour, which is the biggest honest-to-God discovery of 2014.

OK, it’s true that when I say “you” in the above paragraph I really mean me. “A Girl Walks Home Alone at Night” is a strange and gorgeous and haunting film that brings the indie aesthetic of the mid-1980s into a context that feels both timeless and highly contemporary. It reminded me of watching “Stranger Than Paradise” or “Eraserhead” for the first time (two movies Amirpour has clearly seen) and having that feeling that boils down to “The person who made this is really cool.” Amirpour repurposes the most familiar kinds of ingredients – this is essentially a story about a boy, a girl and a really cool car – to create something that feels both classic and unknown.

All that said, let me acknowledge the evident fact that “A Girl Walks Home Alone at Night” is not pitched at everyone’s frequency. If your taste in vampire movies runs to action rather than atmosphere, to forward momentum rather than sound-and-vision – and to color film, real-world settings and characters with names – then this might not be the movie for you. On the other hand, if you wish more movies had the ambiguous, erotic vibe of classic David Bowie albums, or if you’d like to know what Jarmusch’s films would be like if he were young and female and Persian, then you are so there. I am there with bells on. I love this movie; it moved me and thrilled me in ways I totally did not expect.

It’s not super useful to summarize the plot of this particular film. “A Girl Walks Home Alone at Night” is about its hypnotic blend of image and sound, about the way Amirpour moves from scene to scene like a DJ mixing dance tunes. It’s about the empty streets of Bad City, the desolate Iran-meets-SoCal oil-refinery town where a nameless young woman (Sheila Vand), clad head to toe in traditional black chador, prowls the night like a dark angel. That’s where she meets Arash (Arash Varandi), a hardworking, hard-luck and exceptionally handsome young handyman who has lost his beloved vintage Ford Thunderbird coupe (seriously one of the baddest cars of all time) to a sinister drug dealer. It isn’t remotely fair; the drug debt belongs to Arash’s hapless dad, Hossein (TV and theater vet Marshall Manesh), once a dapper and distinguished gentleman and now a disheveled, widowed junkie who seeks solace in getting high with Bad City’s solitary hooker (Mozhan Marnò).

Seemingly alone among the men and boys of Bad City, Arash has nothing to hide, and both likes and respects women. He meets the Girl (which is how she’s identified in the credits) on the street, where most men instinctively flee from her, and is not afraid. It helps that he’s on Ecstasy and dressed as Dracula, ha ha. “Are you afraid of me?” he asks her. The Girl, who turns out to be extremely cute under the chador, in hipster-androgyne fashion, can tell that Arash is not like other guys, but she warns him that he doesn’t know her and she has done terrible things. He is all like, Yeah, right. Me too.

While you can certainly experience “A Girl Walks Home Alone at Night” as a spooky tale set in an imaginary netherworld, it’s an exceptionally rich text with all kinds of thematic material buzzing just under the surface. In her own way, the Girl is pursuing a campaign of revenge against the theocratic oppression of women, and also against the more familiar Westernized version of misogyny represented by Saeed (Dominic Rains), the coke-snorting, tattooed and bling-clad pimp and dealer who takes Arash’s T-Bird. Between the predatory Saeed and the pathetic Hossein, you can feel a lamentation for two failed generations of Iranian men, consumed by lust, selfishness and hypocrisy.

This really is an American film and an Iranian film at the same time, and I think it relates as much to Abbas Kiarostami’s “Ten” and Asghar Farhadi’s “About Elly” as it does to Jim Jarmusch and David Lynch. It marks an entirely new way of assimilating the immigrant experience, in this case by exploring the connections between Iran and the enormous expat community in Southern California on a subterranean and psychological level. But you don’t need to know any of that to roll with the spectacular chiaroscuro wide-screen images of cinematographer Lyle Vincent, the awesome sound design or the wordless scenes of reverie set to Iranian and/or American indie rock. It’s a tale of past tragedy and future hope, a story about a beautiful girl, a handsome boy and the car that just might get them out of the bad dreams of Bad City. If you can’t relate to that, you simply aren’t alive. Or undead.

”A Girl Walks Home Alone at Night” is now playing at the IFC Center in New York and the Nuart Theatre in Los Angeles. It opens Nov. 28 in Columbus, Ohio, and Tulsa, Okla.; Dec. 3 in Santa Barbara, Calif.; Dec. 5 in San Francisco, San Jose, Calif., and San Rafael, Calif.; and Jan. 16 in Seattle, with more cities and home video to follow.