"I'm here with my old friend and nemesis, one old piece of humanity, Mr. Jon Stewart" 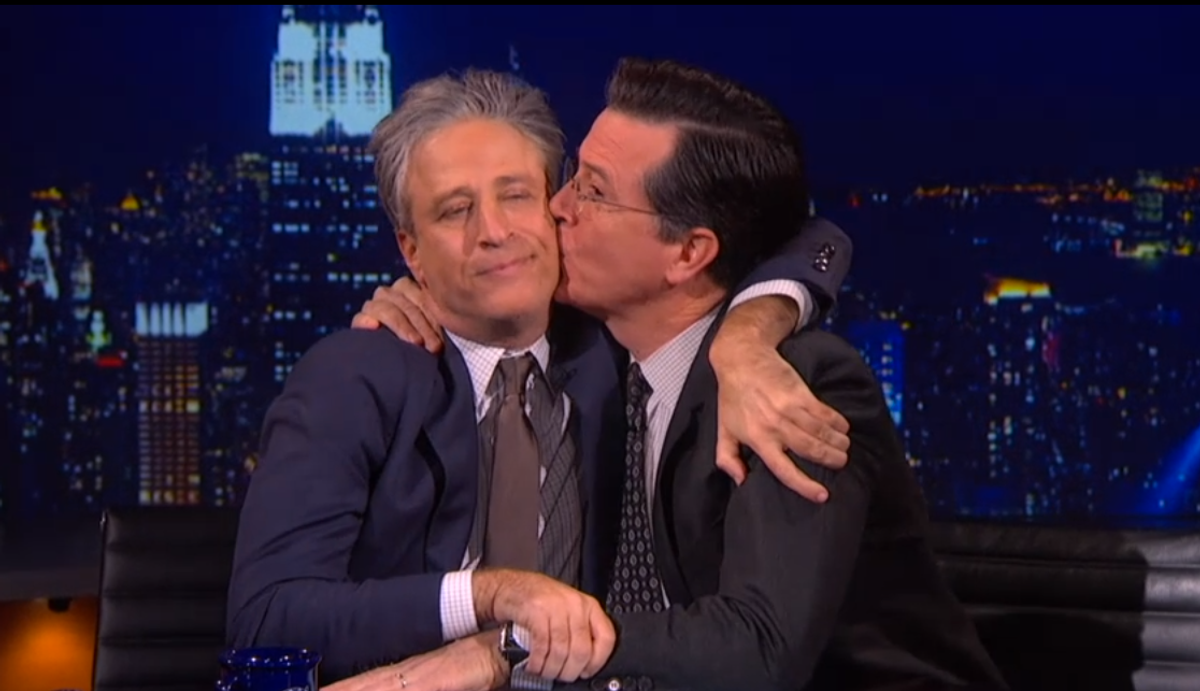 Stephen Colbert and Jon Stewart reunited with laughs, hugs and cheek smooches, on Thursday night's episode of "The Colbert Report." Let me tell you, seeing the two interact is an absolute joy.

As Colbert pointed out, he was a longtime correspondent for "The Daily Show" (and knows the secrets of the writers room). Following Colbert's move to "The Colbert Report" the two had 'The Toss," a segment that sadly ended in 2011, where Stewart and Colbert would make jokes to transition between their two shows. (Often, the two could not keep a straight face, or character during these segments. An example is below.)

Last night they were reunited once again, to discuss Stewart's directorial debut, "Rosewater," and the results were hilarious and heartwarming. Watch below:

The conversation continues below: