Are boys just being boys when someone is nearly paralyzed -- or killed -- by a stranger? 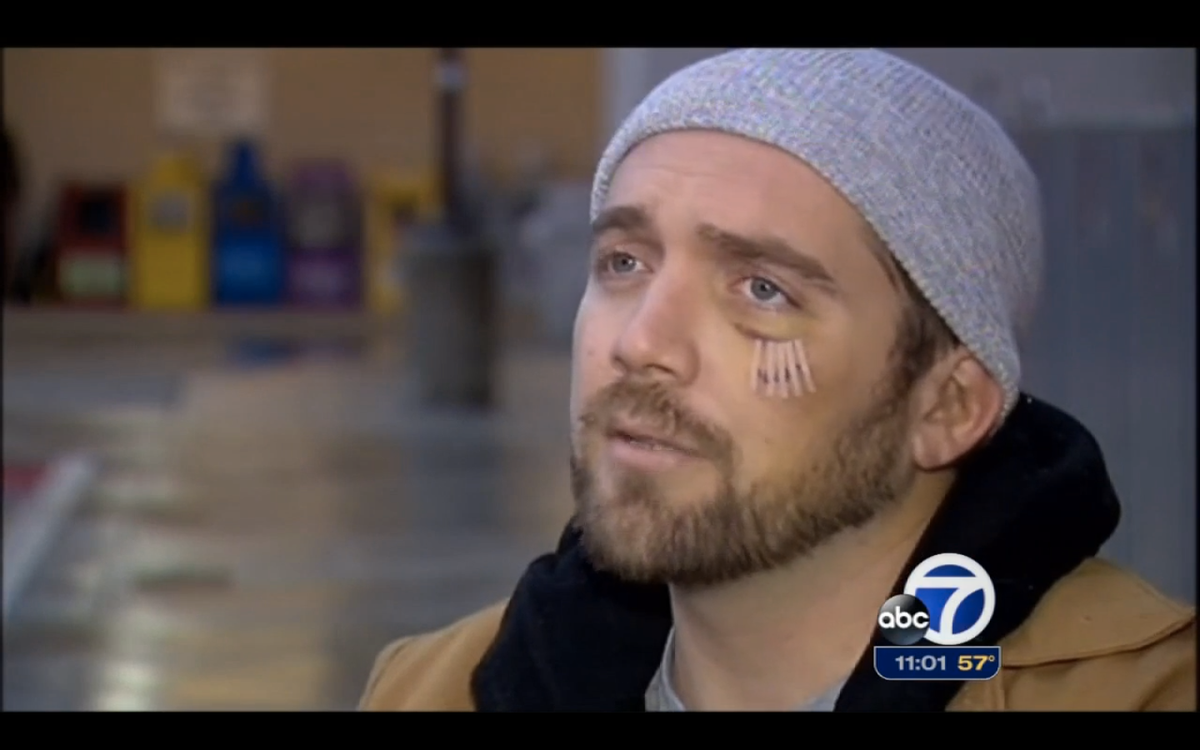 A San Francisco man is recovering from near-fatal injuries inflicted over the weekend, after he asked a stranger to stop catcalling his girlfriend and was promptly stabbed 9 times. Ben Schwartz and his partner, Miyoko Moody, were walking home early Saturday morning with a friend when a man, whom the group had already passed earlier in the evening, began catcalling Moody for the second time that night. Schwartz asked the man to be quiet, which is when the suspect reportedly started trailing the group before he attacked.

"At first we tried to just ignore it, just kind of walk away and make our way home, cross the street and try to take a different path," Schwartz told ABC San Francisco. "It turned violent very quickly, punches thrown ... Next thing I know, I kinda had a knife in the back of my neck."

Schwartz was nearly paralyzed in the attack, with stab wounds close to his main arteries and one narrowly missing his spine. His friends, who have started a GoFundMe page to raise money for his medical bills, have described Schwartz as "so kindhearted, and you can see that in everything that he does.” The San Francisco Chronicle reports that earlier this year, Schwartz bought a bike on the street because he believed it to be stolen, then sought out the rightful owner to return it. His suspicion was correct, and the owner had been looking for the bike frantically.

"I’ve had friends get their cars broken into, smashed-in windows, stolen laptops, stolen cell phone — there’s nothing I can do a lot of those times,” he told the Chronicle in February. “But this way, it was easy. It was safe, and it got him his bike back. ... I just wanted to do somebody a solid for once.”

Schwartz is certainly not the first person to be violently attacked in an effort to prevent street harassment, ever or this year. In August, a man was knocked unconscious after he attempted to stop a group of men from catcalling several women in Philadelphia. The same month, a UK woman was punched in the face for asking a man she did not know to stop groping her at a carnival. In October, two women were brutalized -- one shot and killed, the other's neck slashed -- in the same week after rejecting the advances of strange men. The list of attempted and committed acts of violence against people who defy street harassers goes on and on.

Perhaps that's why so many people are unwilling to consider catcalling a form of harassment -- because all too often, and all too quickly, it escalates to assault.