The movement becomes a movie. Watch the trailer 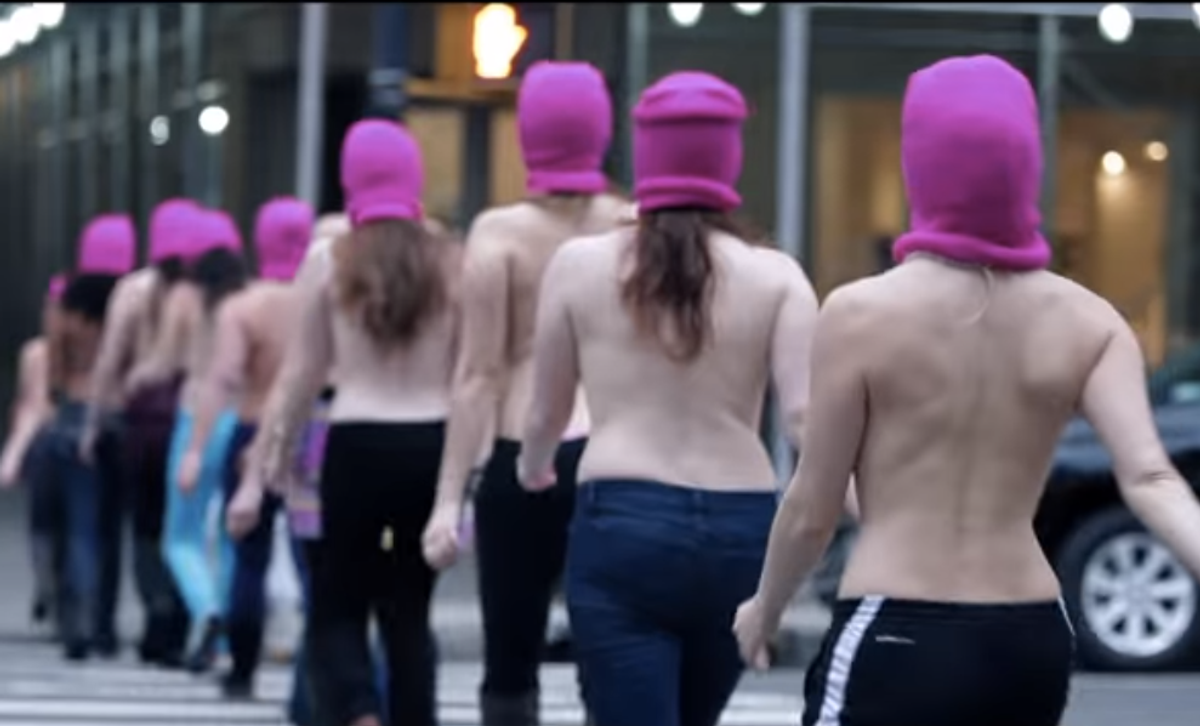 While Instagram continues to enforce an uneven anti-nudity policy, the larger effort to "free the nipple" has had its successes. (Facebook has become more welcoming of breastfeeding photos, and Scout Willis gave the campaign a boost.) But the drive to de-sexualize partial female nudity in favor of gender equality is more than just a hashtag: It's a movement with a story -- and now it's even a movie.

IFC Films, which will release "Free the Nipple" next month, calls the film "a spirited satire" based on the real history of the campaign:

A group of fearless women fight for their right to go topless in public, as they smash societal taboos one bare breast at a time. Based on a true story, this spirited satire follows New York City activists Liv and With, who take their crusade for gender equality from the streets of the urban jungle to the courts. More than just a movie, Free the Nipple has launched an empowering real-life movement, inspiring women across the globe to take back their bodies.

Watch the trailer for "Free the Nipple," the movie, below: