Two years after contentious confirmation battle, the Pentagon chief is on his way out 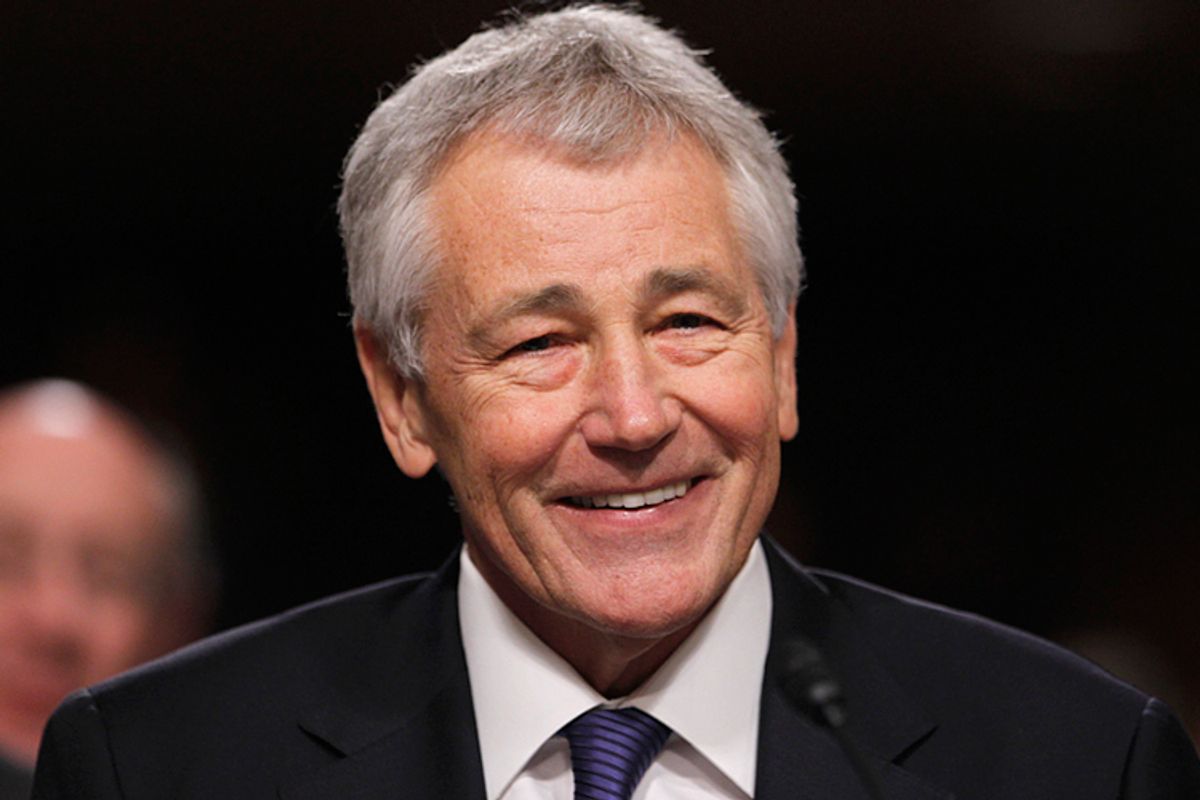 Facing fierce opposition from hawkish members of his own party, Hagel was confirmed as Defense Secretary in 2013. At a time of budget sequestration, Obama saw Hagel as an effective overseer of the U.S. drawdown in Afghanistan who could also implement substantial reductions in defense spending. But increasing global instability -- epitomized by the rise of the Islamic State (ISIS) militant group -- presented the administration with a new and unexpected set of national security challenges, and internal sources have said that Hagel never really broke through to Obama's closest circle of aides and advisers.

While the administration refused to commit to a major personnel shakeup in the wake of the Republican midterm rout three weeks ago, Hagel's resignation echoes that of former Defense chief Donald Rumsfeld, who stepped down from the George W. Bush administration after the Democratic takeover of Congress in 2006. According to the Times, likely replacements for Hagel include former under secretary of Defense Michele Flournoy, Democratic Sen. Jack Reed of Rhode Island, and former deputy secretary of Defense Ashton Carter.

Elected as a reliable conservative, Hagel served Nebraska in the U.S. Senate from 1997 to 2009. But he grew increasingly disillusioned with his party over the Iraq War, and developed a close relationship with Obama, his Senate colleague for four years. Though Hagel never formally endorsed Obama over longtime friend and fellow Vietnam veteran John McCain, Hagel was rumored to be a candidate for an administration post. It didn't come, however, until after Obama's re-election -- and a bitter confirmation process that witnessed acrimonious skirmishes between Hagel and McCain.

According to the Times, the president is expected to announce Hagel's departure in a Monday Rose Garden appearance.