"Gentle, G-rated, dignified": How did Mark Whitaker's biography get Cosby so wrong? 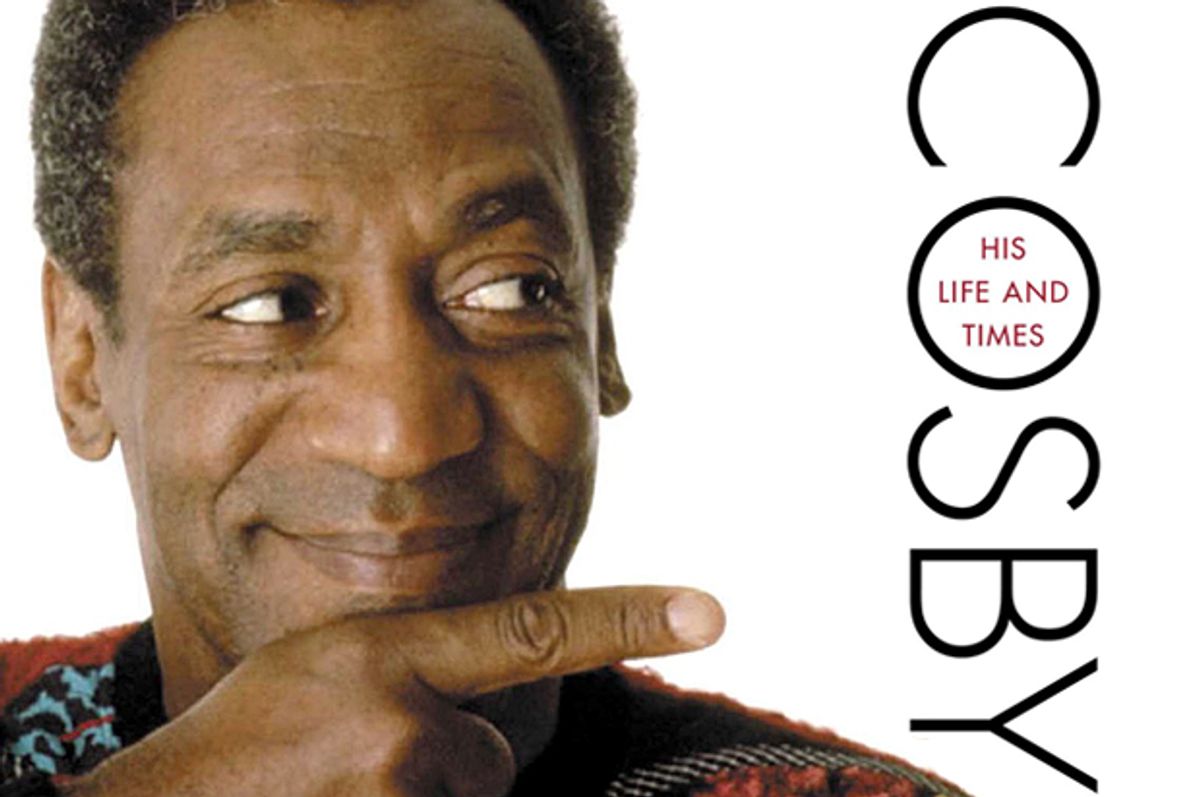 One of the highest-profile examples of Bill Cosby’s free pass from the media regarding allegations of sexual abuse is his recent biography. Author Mark Whitaker, a former editor of Newsweek and managing editor for CNN Worldwide, doesn’t shy away from Cosby’s marital infidelities in “Cosby: His Life and Times,” the 544-page major biography published in September, but he declined to write about the allegations of sexual abuse and rape that followed Cosby for years. It’s a notable omission in a book designed to be the definitive biography of a 77-year-old whose major life and career moves were assumed to be behind him. But now Whitaker says he would be open to amending the celebratory biography to include the allegations, telling the Daily Beast, “Well, look, obviously the story has changed, and I’m going to have to address that in future editions of the book, if not sooner.” (Salon reached out to Whitaker for an interview, but his publicist declined to comment.)

What’s changed since he conducted his research and interviews? Only the volume of public accusations and the number of women willing to go on record about their alleged experiences with Cosby. The accusations still remain unsubstantiated from a legal perspective and none of the women have procured physical evidence that documents the attacks, so technically, Whitaker still has the case of “he said, she said,” that initially caused him to avoid the subject in his book (even though “she said,” on record, has multiplied exponentially over the last several weeks).

There's something of the blog mentality in the idea that a book can stave off obsolescence by simply issuing an update. But a tacked-on addendum can't save this biography, which once posed as the definitive assessment of Cosby's life and legacy.

While Whitaker wrote his book, known accusations included those of Andrea Constand, who brought a 2005 civil suit against Cosby, which would have included 13 Jane Does who agreed to testify. Constand’s suit was settled out of court, and there were no trial records or “independent confirmation” of the accusations, says Whitaker, so he left them out:

“I wasn’t going to reprint the allegations. I had a couple of reasons for that,” Whitaker says. “You can do that and say here’s an allegation, and here’s a denial, but given the nature of the allegations, the allegations would stick. As a biographer, you’re really trying to say ‘I’m painting a scene for you. Here you are in the room. This is what happened.’ And if you do enough reporting, you can actually do that. And if you can’t do that, you don’t do that.”

Certainly, journalists should be commended for confirming what they are told in interviews, especially in a myth-making enterprise like biography, as the author prepares work that could become a major historical record of a public figure’s life. That assumed rigor is one thing that distinguishes a comprehensive biography from the whims of memoir. But at some point, it becomes irresponsible not to mention multiple accusations of violence and sexual abuse, especially when they contrast so starkly with the image the bulk of the biography presents.

According to Dwight Garner’s review in the New York Times, Whitaker largely upholds the decades-long image of Cosby as “square, competent, gentle, G-rated, dignified,” and Whitaker, in his interview with the Daily Beast, maintains that ultimate judgments about Cosby’s treatment of women should be weighed against “a lot of the stuff I reported in the book more thoroughly than anyone else.”

But for many weighing accusations of sexual abuse of vulnerable young women against Cosby’s finger-wagging brand of moralizing, or against his carefully crafted image as the all-American father figure, the scales don’t quite balance. On the book’s Amazon page, a series of pointed one-star reviews of the book take Whitaker to task for whitewashing the subject:

Bill Cosby is not a sitcom character like Cliff Huxtable. His complex and contradictory life is not a script to be molded and shaped into a more palatable narrative. Whitaker’s book could have been the guide for reconciling the self-made entertainment pioneer’s public image with the disturbing accounts given by many women over the years. Instead, barring a significant rewrite, even subsequent editions are unlikely to offer substantially more than footnotes to the story Cosby himself has been selling for decades.