"His statement is disinformation, purposeful or ill-informed" 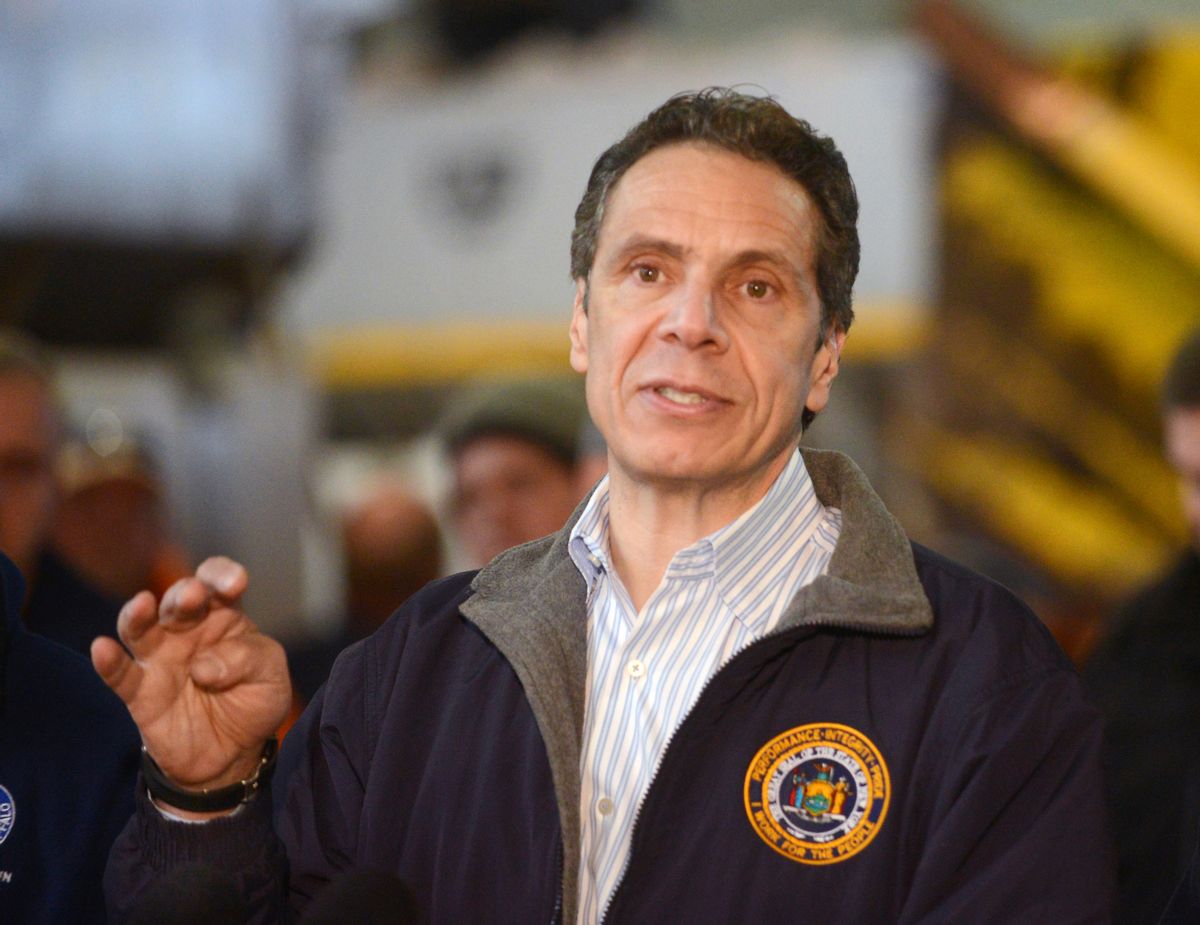 Governor Andrew M. Cuomo answers a question from the media during a storm briefing at the Thruway Authority in Cheektowaga, N.Y. Wednesday, Nov.19, 2014. The Buffalo area found itself buried under as much as 5½ feet of snow Wednesday, with another lake-effect storm expected to bring 2 to 3 more feet by late Thursday. (AP/Gary Wiepert)
--

On Saturday, New York Gov. Andrew Cuomo felt he had to comment on the massive lake effect snowstorm that buried Western New York and Buffalo under up to 7 feet of snow last week. People were surely wondering: Why had there been so many deaths? Why was the region seemingly unprepared to deal with such extreme conditions?

Cuomo, in an attempt to appease the state's residents, blamed it on the National Weather Service. "No one had an idea that it was gonna be that much snow that fast," he said in a press conference on Saturday. "Snow coming down at the rate of about five inches an hour. No one had an idea. The weather service was off. By the way, I said this in my State of the State last year, we're putting in our own weather detection system."

In fact, the National Weather Service had warned of the possibility of an extreme storm:

And they continued to update their predictions as the storm showed signs of settling in over the Buffalo region. The Vane's Dennis Mersereau reports:

On Sunday night, the office issued the first lake effect snow warning for the eastern shores of Lake Erie in anticipation of "localized amounts around two feet in the most persistent bands Monday evening through Wednesday."

As the bands began to set up and it became clear that they were parking themselves over the Southtowns, forecasters had to up the totals far beyond what usually occurs in lake effect snow events. By 12:30 AM on Tuesday, the NWS bumped up snow total forecasts to two to three feet; by 6:52 AM, the totals were three to four feet; by 9:39 AM, they had updated the snowfall totals to five to six feet across the most heavily-affected areas. The largest snowfall total from the first band was 65 inches (five feet, five inches) south of Cheektowaga.

The second band of snow that occurred between Wednesday night and Thursday was very well forecast, with the NWS immediately calling for three to four feet of snow in the Southtowns when they issued the second lake effect snow warning at 3:33 PM on Tuesday. The highest snowfall total from the two events was 88 inches in Cowlesville, about 20 miles east-southeast of Buffalo.

One of the most dangerous impulses of politicians is their willingness to dive head-first into scientific issues, professing authority in areas where they quite simply have none. For the most part, politicians and pundits look to science only when it is a suitable scapegoat on which to place blame for failed policy, rather than as the most accurate barometer we have of what is to come.

Don Paul, chief meteorologist at the CBS affiliate in Buffalo, responded to Cuomo's comments on his Facebook page:

Governor Cuomo's attempt to scapegoat the National Weather Service for an inaccurate forecast in advance is not only completely in error--the NWS did an outstanding job--but is a disservice to the public and to the hard-working staff of this federal agency. No forecast of such an historical disaster is going to be absolutely perfect, but no one who lives here can say this event was not well forecast in advance, or that the warning headlines of its impact to come were not well explained in advance... his statement is disinformation, purposeful or ill-informed.