The REAL reason to stop talking about "clickbait"

It's not just the Upworthys of the world sneakily exploiting the curiosity gap. Clickbait is the online status quo 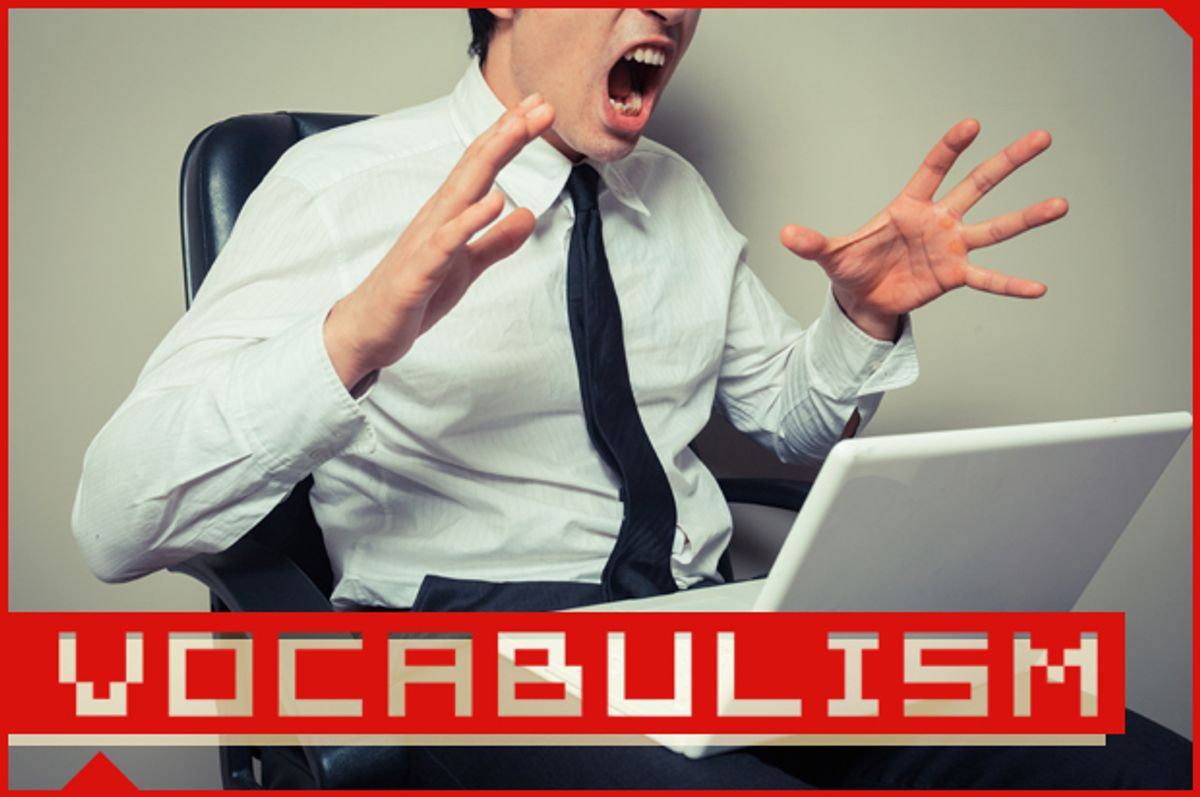 “Vocabulism” is a Salon series about how the Internet is killing the English language, one word at a time.

The online world has recently engaged in a frank and intermittently illuminating conversation with itself over the meaning -- if there is one -- of the word “clickbait.”  From Ben Smith’s somewhat credible argument that BuzzFeed doesn’t do clickbait (and that it wouldn’t work anyway) to Tim Marchmann’s denunciation of the concept itself to assorted thoughtful takes from all over, the debate doesn’t seem to be losing steam. But perhaps the only point that’s really been clarified thus far is that, as Digiday put it, “If you ask 10 people what clickbait means, chances are you’re going to get 10 different answers.”

The online intelligentsia do seem to agree that tease-iness has always been an integral part of the journalistic equation, but that headlines recklessly exploiting the  “curiosity gap” -- the oft-considerable distance between what an article promises and what it actually delivers -- can be pretty damn annoying. The classic example of this phenomenon is the heavily mocked headline style that made Upworthy both popular and a punch line (think of feeling singularly un-amazed after clicking on a “What happened next will amaze you” teaser). But such brazen gimmickry could only bewitch readers for a short time before they wised up, and the expiration date on the “let’s trick our readers” strategy thankfully arrived a few months ago.

Thus clickbait -- or whatever you want to call it -- has now, in the manner of a hemorrhagic fever, evolved. It’s finished with its low-hanging-fruit phase, and has attached itself to a new form of curiosity-gap exploitation, one that’s more insidious, but no less irritating. The hallmark of this subtler iteration, as far as I can tell, is the phrase “The Real Reason.” To wit:

This headline construction may not read as bait-and-switch material at first blush, but make no mistake, it’s a classic of the genre; it merely takes a less obvious tack than its clumsier ancestors. Rather than presenting a heretofore-unknown tale of amazing unbelievableness (“The Message This Veteran Wrote on a Restaurant Receipt Will Make You Cry -- And Think”), “The Real Reason” gaslights readers into believing that their experience of the news has been an inauthentic one. In other words, instead of employing the traditional strategy of luring the reader with what turns out to be a moldy carrot, these headlines convince readers that the carrot they’ve already eaten was moldy, and offers them a fresh new carrot, which turns out to be -- oh, the humanity -- covered in mold.

A cursory search reveals a wide variety of such infractions. There’s the pedestrian anecdote dressed up as a stunning revelation (“The Real Reason Steven Spielberg Never Directed a Bond Movie”). There’s the not-very-surprising epiphany disguised as a game-changer (“The Real Reason Pop Musicians Die Young”). There’s geopolitical obviousness dressed as counterintuitive wisdom (“What’s Really Behind Jerusalem’s Explosion Of Violence?”). And there’s the knowledge-dropping explanation that most people probably could have just guessed (“Here’s the Real Reason Beyoncé Doesn’t Tweet”). There are a million of these -- many of them perfectly fine, even solid, articles that simply don’t need to make a claim that they’re advancing a revolutionary point of view.

It’s minor, sure -- but it goes beyond mere headline style. Because most of what these stories have in common, at least in the manner of their packaging, is a faux-authoritativeness that permeates a lot of the modern Internet. As news sources proliferate and increasingly compete with each other for clicks on the same stories, there’s a natural need to distinguish your product from the rabble. One way of doing this is to hold yourself up as a one-stop shop for news literacy, like Vox, the Ezra Klein-helmed site whose stock-in-trade is explainers like “Everything You Need to Know About Israel-Palestine.” (Whether the site has succeeded on that score thus far is open to debate.) Another tactic is to treat the news like a puzzle that only you can solve. And this is where “The Real Reason” comes in, along with its siblings like “What X Gets Wrong About Y” and “The X Thing Nobody’s Talking About.” They all promise an exciting new angle to supplement, or even replace, the story you thought you knew. It’s a tough balancing act to pull off, and it usually doesn’t work.

Occasionally, a publication offers unique enough insight to justify a little hyperbole. For instance, the New Republic recently ran a piece titled “What Jon Gruber’s Quotes Really Tell Us About Obamacare -- and American Politics.” It’s a nuanced, authoritative glance at a groan-inducing story line I’d mostly avoided. You don’t need highbrow bona fides to fulfill a headline promise; a Psychology Today story from a few days ago headlined “The Real Reason Some of Us Are Chronically Late” delivered a genuinely surprising conclusion (it’s all about a fear of being early).

So it would behoove outlets to steer clear of the idea that they’re going to fill readers in on some grand, previously concealed mystery about the news of the day. Of course, I’m under no illusion that ridding this tic from the Internet will change all that much. As the clickbait commentators have noted, there always has been -- and always will be -- an irreconcilable tension between the people who write the headlines and the people who read the stories. And that tension is on display around us all day, as “clickbait” has become less of a selective tactic and more of an all-encompassing reality. It is, after all, everywhere you look. Runner's World hawks "the ugliest runners' feet you've ever seen." Pinterest pages trumpet "shoes that will amaze you!" The New Yorker's homepage promises to tell you how "a stranger's feces might save your life."

It's not just the Upworthys of the world sneakily exploiting the curiosity gap and holding your click finger to the fire; clickbait is the online status quo. So the best we can do is probably just not click on the worst offenders, and learn to cope with everything else. This is why the debate over the idea of "clickbait" has been so circuitous and frustrating: the term morphed -- almost as soon as it was coined -- from a scary new phenomenon into a concept so basic to the idea of online media that it doesn't mean anything at all. That's a REAL reason to stop complaining about "clickbait" for good.