Ani DiFranco: "This was the first time in my life I really felt like dancing"

Alt-rock icon recalls falling in love with New Orleans music, and the work being done to save its traditional sound 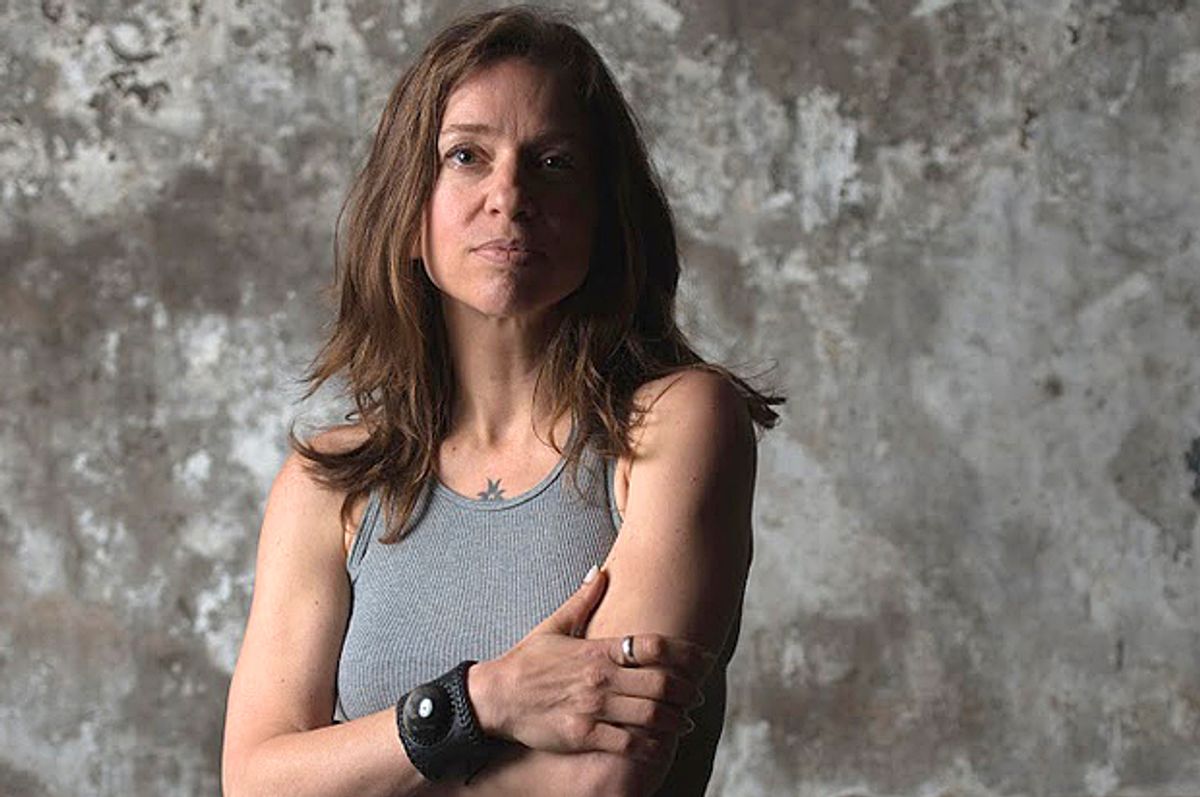 There are so many deep and interconnected musical traditions in New Orleans. One that I wanted to talk about is the brass band/marching band traditions. I remember the first time I showed up in New Orleans [about 15 years ago] and saw the Rebirth Brass Band  playing at the Maple Leaf Bar on Oak Street, and it changed my life. It was one of these transcendent musical experiences. For a girl who had grown up in Buffalo, New York, and been to plenty of dance clubs as a youth, this was the first time in my life I really felt like dancing, you know? Here was a musical expression that was just so uplifting.

I ended up inviting the Rebirth on a tour with me and we spent a whole summer together so I got to know those guys and became friends especially with the snare drummer, Derrick Tabb. Derrick, as it turns out, is this deeply compassionate, dynamic person who, in the wake of Hurricane Katrina, saw this incredible deficit in New Orleans for kids. The infrastructure was so devastated by that storm that there were barely any schools open, let alone things for kids to do after school or places to go. So Derrick just said to himself, “I’m going to start a music school for these kids,” and he did! With all the skills that you or I would have in these matters, he started this free after-school music program, which has now grown exponentially and they have like 150 students.

It’s this incredible place where they’re now busing kids from all over the city, from their various schools, down to the French Quarter. The first thing they do is their homework with tutors -- there are college students there to help the kids with their homework -- and then it’s right into music classes. They take these kids who don’t know anything about music when they walk in and they make them into a kickass band within a couple of years. And then there’s a hot meal and they go home. You see this transformation in these kids that’s just unbelievable. You give them something to plug into and you give them a purpose and you motivate them and suddenly they’re empowered in all sorts of ways in their life. It’s awesome.

Anyway, I’ve been on the board of directors there at Roots of Music for a bunch of years because of my friendship with Derrick and my absolute love of that musical tradition and the importance of it in New Orleans. Maybe 10 years ago I started living there.

The tradition is just really infused in the culture down there. Kids pick it up in their neighborhoods, or at least that’s what Roots of Music is trying to restore. There were, of course, a lot of devastated neighborhoods after Katrina, so we’re trying to build the infrastructure that grows the next generation of these musicians.

I don’t know, New Orleans is kind of ground zero for some of those musical traditions; it’s like the fountain of life is happening right there. There’s a large cross-section of America that is not at the center of any musical traditions, that is out there in the suburban wilderness in a country that, overall, has an incredible disrespect or lack of appreciation for their most profound musical traditions. I think a lot of great American music -- and by that, I think you could also specifically say born out of African-American communities -- has to go overseas to get the appreciation that it deserves. There’s something inherently racist in America that undervalues these various traditions.

It’s always interesting how these recording labels throughout history, that have documented so much great American music, are European dudes. They start these labels and then record all the folk and jazz and blues and roots traditions, zydeco, all kinds of traditions.

Drums and horns is basically the idea in these bands. These are bands with legs, you know? They’re traditionally marching through the streets in parades, and funerals, in celebrations. It started out as very much a part of the jazz traditions and then more modern music has been brought into the brass bands of today, and then there’s the sort of marching band or real parade band aspect to it. It’s just amazing to hear these various kinds of brass bands do their thing in the streets with the drums and horns echoing off the buildings, hearing the way different spaces sound as you move through the city and it draws people like the Pied Piper along the way. It’s really beautiful.

I think these poor kids, who have even less opportunity than most, are no different from all kids. Unless you’ve had the opportunity to do something like learn the language of music -- which is the universal language. I’ve had these experiences where I go to the other side of the world and I’m in the jungle in Burma with people escaping a violent death at the hands of a dictatorship and I show up a privileged, white person with this chasm between us … as soon as I get the guitar and play a song, it’s like, bam, family. You know? Music, you can’t underestimate the power it has to connect us through time and across the globe and help us to communicate with each other and see each other as humanity.

These kids, they’ve just got nothing to motivate them in this world and then they fall into this incredibly empowering art form and they become a part of a team. It’s grueling, the Roots of Music is military-level discipline and expectations of this kids, but it becomes incredibly rewarding as you begin to master something and become a part of something that’s powerful. It resonates through the rest of your life, I think, as soon as you have an experience like that.

I think it’s increasingly hard, in the modern world, to be a balanced, happy, at-peace person. Artistic expression, whether you end up becoming a professional artist or not, is an incredibly valuable tool. There are children of any kind of background who face trouble with things in life, and I know that when I was growing up expressing the pain in me of the unhappy family that I came from, of the troubles that I didn't choose as a child, it saved my life. It became, obviously, my whole world. I remember in my public school in Buffalo this chick coming in for a couple of weeks who was a poet. I was a young kid at a public school and she was the artist-in-residence at grammar school. It must have been some state budget for arts in schools, and they were bringing in local poets. She taught us about poetry and it changed my life. I don’t remember her name but she made a great impression on me. These little experiences are really essential for kids.

These days they're incorporating a lot more pop and hip-hop music and straying from the traditional jazz vocabulary. One thing that is actually not spoken of, necessarily, at Roots of Music, for instance, is that it’s a completely gender-integrated band. There are young girls in this school playing right alongside boys. The Marching Crusaders, the band, is girls and boys, which is an evolution. In a lot of these musical traditions you have women only as singers; they were never handed the tools of music. So that alone is quite an evolution.

As a singer, songwriter, activist and independent entrepreneur, Ani DiFranco has been setting her own pace—and encouraging countless admirers to do the same—for more than 20 years. In light of the current political climate in the United States, DiFranco has been using her tour and her music to encourage fans to vote on Election Day and have their voices be heard. The “VOTE DAMMIT” tour also features DiFranco performing new songs such as “Play God,” which stresses the importance of a woman’s right to choose, from her new album “Binary,” coming spring 2017.