As a singer, songwriter, activist and independent entrepreneur, Ani DiFranco has been setting her own pace—and encouraging countless admirers to do the same—for more than 20 years. In light of the current political climate in the United States, DiFranco has been using her tour and her music to encourage fans to vote on Election Day and have their voices be heard. The “VOTE DAMMIT” tour also features DiFranco performing new songs such as “Play God,” which stresses the importance of a woman’s right to choose, from her new album “Binary,” coming spring 2017. Becoming a mother has brought DiFranco closer to listeners who have followed her music since she began performing in New York City during the early 1990s. But widespread attention never prevented her from holding on to her integrity, and independence. A strong belief in human rights has run throughout her work, including when she played at numerous benefit concerts around the world. At a time when record labels still held an oversized influence, DiFranco stood ahead of the curve in launching her own Righteous Babe Records. The company has released more than 20 of her albums to date, ranging from the popular two-disc live album, "Living In Clip" (1997), to the expansive "To The Teeth" (1999), which included such guests as legendary R&B saxophonist Maceo Parker and Prince. Journalist Sylvie Simmons wrote in the British music magazine MOJO in 1998, “Even if her overt politicism and her 200-shows-per-year tours with an acoustic guitar place her in the Woody Guthrie tradition, her music — which has boldly plundered funk or punk, hip hop, rock — doesn’t.” 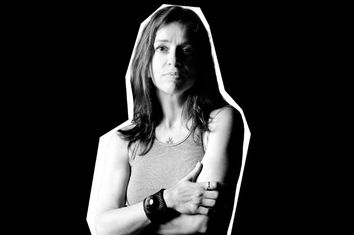 Ani DiFranco: We the people are in charge — and we can insist that the Electoral College voters save our democracy Ani DiFranco 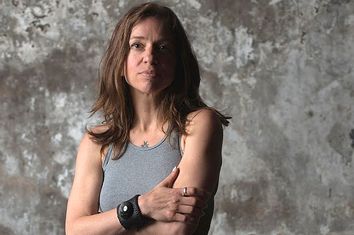 Ani DiFranco: "This was the first time in my life I really felt like dancing" Ani DiFranco
Page: 1