Darren Wilson's testimony released: "I felt like a 5-year-old holding onto Hulk Hogan" 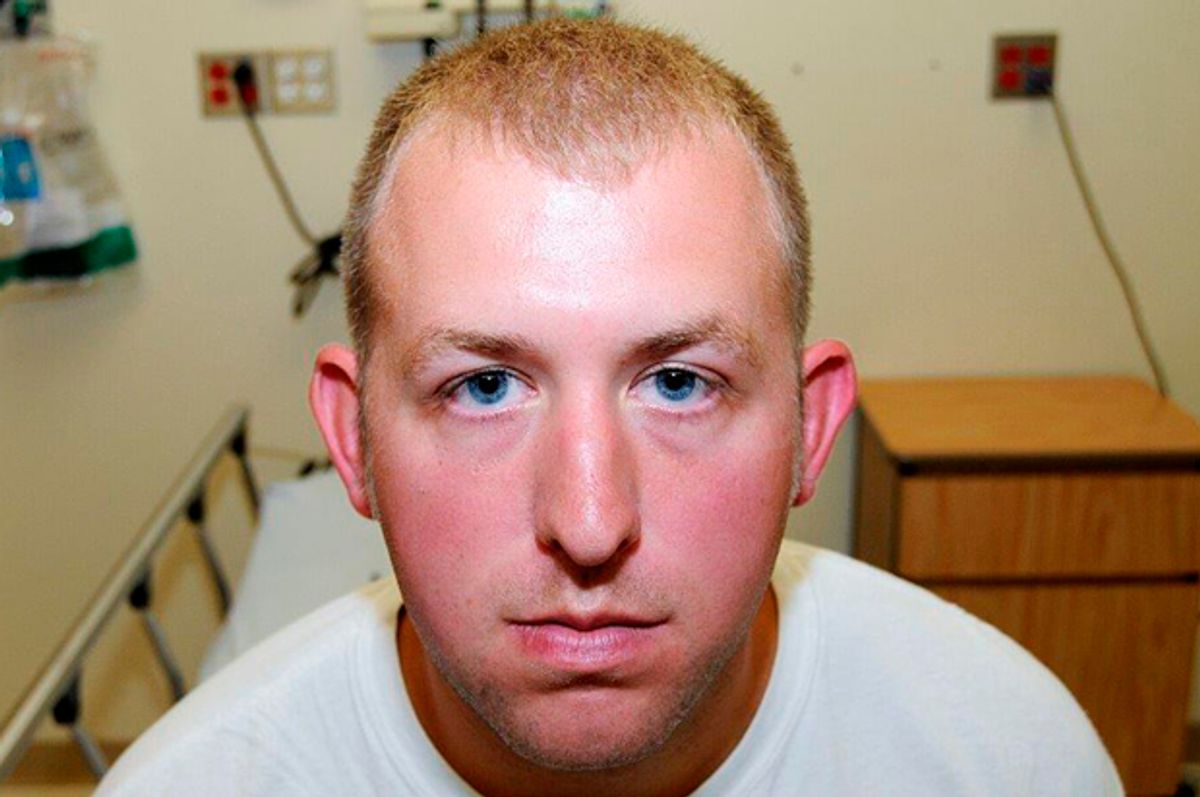 On Monday evening, St. Louis County Prosecutor Robert McCulloch announced that a grand jury had officially decided not to indict Officer Darren Wilson for fatally shooting unarmed teenager Michael Brown. McCulloch's office also released evidence presented to the grand jury. Up until the announcement, all testimonies given during the jury's proceedings had been private.

Wilson's testimony, largely what the grand jury's decision must have hinged upon, is graphic and rife with imagery.

"He looked up at me and had the most aggressive face," he said to the grand jury. "The only way I can describe it, it looks like a demon, that's how angry he looked."

Wilson describes that after he asked Brown and Dorian Johnson to get out of the street, he noticed Brown holding cigarillos and remembered the recent theft:

"I go to open the door and I say, hey, come here for a minute to Brown. As I'm opening the door he turns, faces me, looks at me and says, "What the fuck are you going to do about it," and shuts my door, slammed it shut. I haven't even got it open enough to get my leg out, it was only a few inches.

I then looked at him and told him to get back and he was just staring at me, almost like to intimidate me or to overpower me. The intense face he had was just not what I had expected from any of this...

And when I grabbed him, the only way I can describe it is I felt like a five-year-old holding onto Hulk Hogan."

Wilson testified that Brown punched him twice through the patrol car's door, and he was nervous that a third punch "could be fatal." After his gun fired twice during the encounter, Brown ran away. Brown did not get on the ground, Wilson recounted, as per his order. Instead, he started to charge back toward Wilson:

"At this point it looked like he was almost bulking up to run through the shots. Like it was making him mad that I'm shooting at him. And the face he had was looking straight through me, like I wasn't even there, I wasn't even anything in his way."

On Monday night, Wilson's lawyers issued a statement in response to the grand jury's decision, noting that he "followed his training and followed the law," in the encounter with Brown. Neil Bruntrager, his attorney, said, "For him, none of this ends. People have made threats against his life, he will continue to be concerned about his family's security and his own. [Not being indicted] is a brief respite, but certainly not the end of things for him."

Wilson's complete testimony is available below, beginning on page 195.