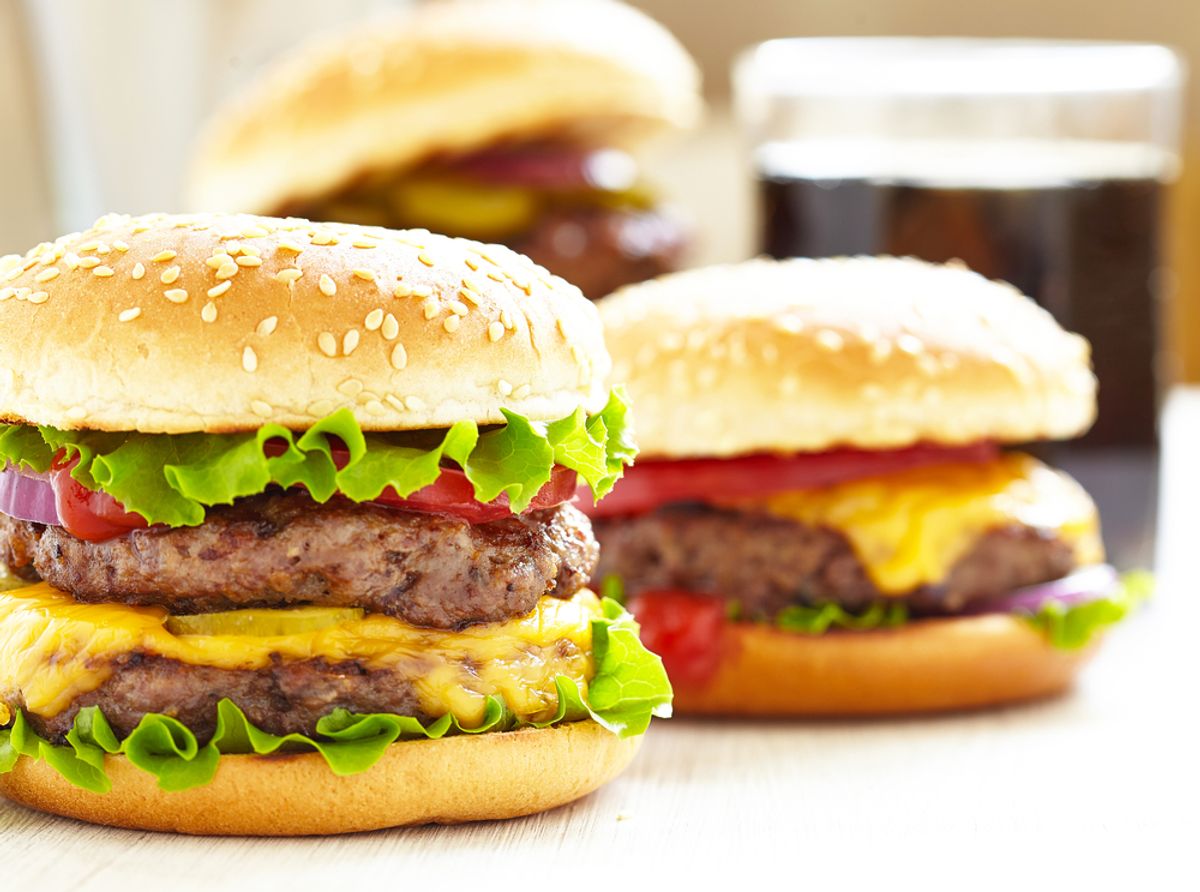 All those foods that will basically kill you as soon as your order them? Now they're at least going to have to warn you first.

The Food and Drug Administration, after much delay, has finally released its new national calorie labeling requirements. As mandated under the Affordable Care Act, the rules, which go into effect one year from now, will require chain restaurants and other food establishments with 20 or more locations to post calorie counts on their menus.

Here's what it will look like: When you sit down at a restaurant, you'll be able to see how many calories each item contains. If you drive through for takeout, the calories will be there, too. Ordering pizza for delivery? Despite Big Pizza's best efforts to fight it, calories will be listed by the slice. The prepared food offered at grocery stores is covered, too, an inclusion that the National Grocers Association finds "disappointing." Buying a snack from a vending machine? You'll have to be able to see the labels before you make your selection. Your deli sandwiches, salad bar salads, scoops of ice cream and bakery muffins? Check, check, check and check. Even movie theater popcorn, long a Trojan horse for unexpected calories, will be labeled. And, in a move that surprised some food policy experts (in a good way), so will alcoholic beverages -- at least, those that are listed on menus (drinks mixed at bars are exempted).

“Americans eat and drink about one-third of their calories away from home and people today expect clear information about the products they consume,” FDA commissioner Margaret A. Hamburg said in a statement. “Making calorie information available on chain restaurant menus and vending machines is an important step for public health that will help consumers make informed choices for themselves and their families.”

Will they really? The FDA isn't making any lofty promises: Because we've never before tried this on a national level, the agency itself hasn't been able to quantify the benefits of such a program. That will come in time. But some research has indicated that consumers are poor judges of the calorie content of fast food -- particularly when that food comes from a chain like Subway, whose branding creates a so-called health halo around high-calorie options (although it's worth noting that calorie count is far from the only measure of healthfulness). A review from the Robert Wood Johnson Foundation of the limited research thus far, meanwhile, highlights the fact that most Americans want labels and perceive them as useful, even if their actual impact is more of a mixed bag. The evidence that is available, it finds, suggests that despite industry claims, menu labeling does not impact revenue.

The FDA does note that "some studies" indicate that consumers eat less when presented with calorie counts on menus. The agency also contends that the rule will only have to inspire small changes in decision making in order to have a significant impact: Because the costs of obesity and its associated health risks are so high, it estimates that "if 0.6 percent of the adult obese population reduces energy intake by at least 100 calories per week, then the benefits ... will be at least as large as the costs."

"Menu labeling is the biggest advance in providing nutrition information to consumers since the law that required Nutrition Facts labels on packaged foods was implemented 20 years ago," Margo G. Wootan, the nutrition policy director at the Center for Science in the Public Interest, said in a statement. "It’s also going to continue to be an incentive for restaurant chains to innovate and offer consumers healthier choices."