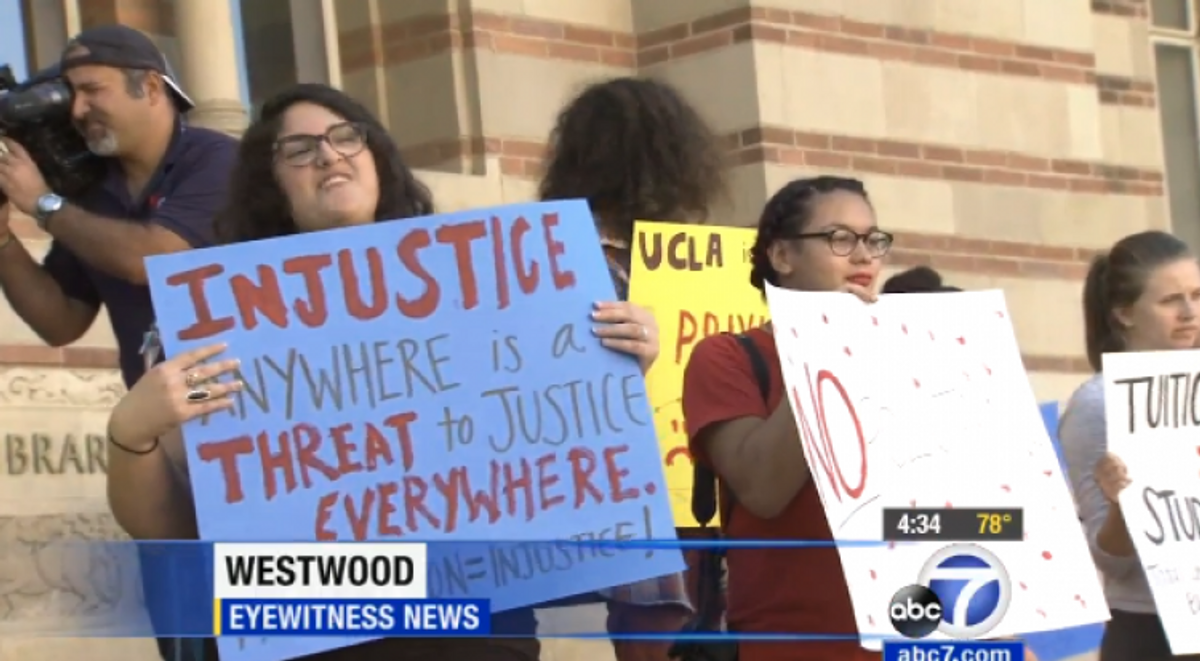 Hundreds of students throughout the University of California system staged walk-outs on Monday to protest a proposed 25 percent tuition hike.

Under a plan approved by the UC Board of Regents last week, tuition would increase five percent each year over a five-year period. In-state tuition at the 10-campus system is currently $12,000 per year, Reuters reports. Activists called for students to walk out of classes in response.

Organizers claimed that more than 1,000 student protestors rallied at Berkeley, the system's flagship campus, with protestors carrying signs that read "Fight the hike" and "Public education for all," according to Reuters.

Democratic Gov. Jerry Brown opposes the Regents' proposed tuition increase, but UC President Janet Napolitano, President Obama's former Secretary of Homeland Security, says that the state needs to double its financial commitment to the UC system to stave off the tuition increases. Brown, meanwhile, is calling for the system to streamline its operations and reduce the amount of time it takes students to complete their degrees.

The protests in California come as postsecondary tuition continues to increase, albeit at a slower pace than in recent years. A recent report found that mean tuition for in-state students at public colleges and universities increased 2.9 percent from 2013-14 to 2014-15. Adjusted for inflation, the increases were smaller over the previous decade than over the decade before that. Still, the five percent-per year increase approved by the UC Regents substantially outpaces the national trend.