With "no indictment" announced against Darren Wilson, a perverted natural order of things was affirmed. Here's why 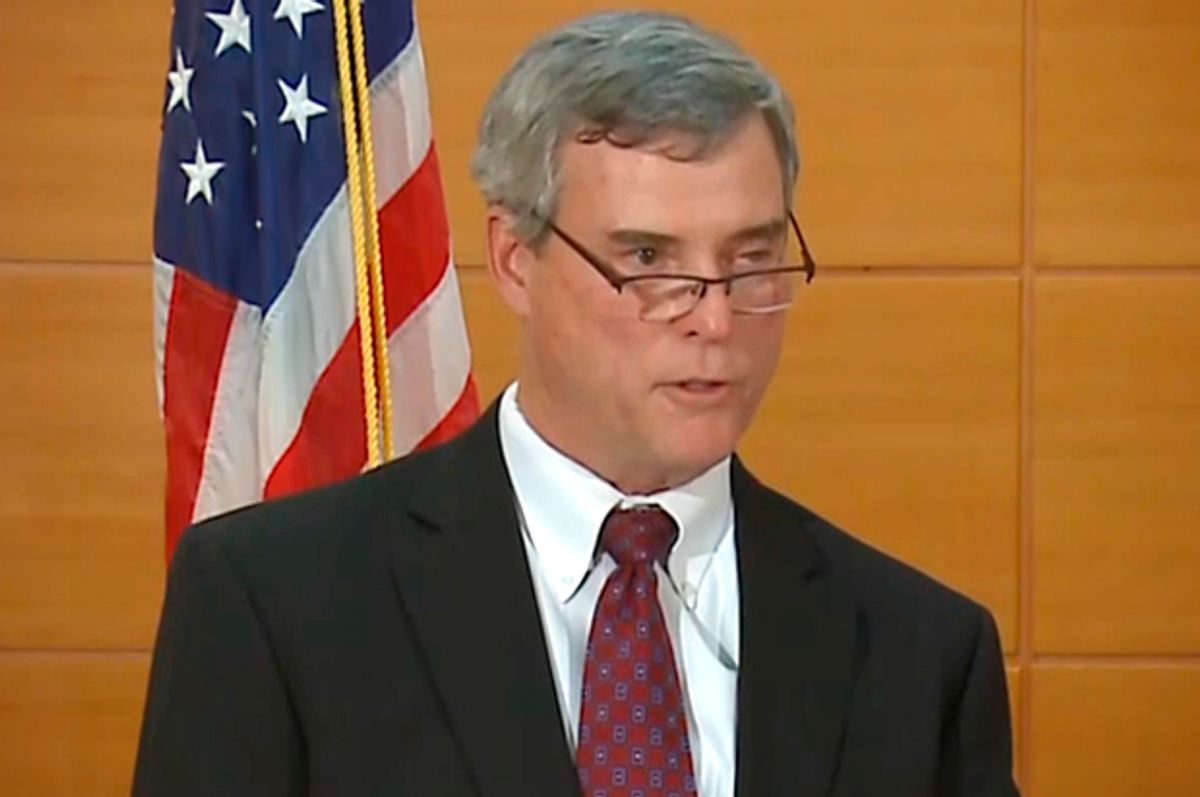 For days, large swaths of the U.S. and the globe waited to hear whether the grand jury would indict Office Darren Wilson. For a week, Missouri Gov. Jay Nixon had declared a state of emergency, calling out the National Guard to “maintain peace and protect those exercising their right to free speech.” Today, he repeated the same message.

Given the record of arrests by Ferguson police of protesters and reporters, Nixon’s message was fairly simple to translate: He anticipated — correctly -- that the grand jury would not indict Darren Wilson. Nixon’s fear was that in such a case, black Americans’ ire at that decision would explode in violence and potentially violate the lives, businesses and “free speech” not of black protesters, but of white denizens. Nixon hadn’t said it, but his assumption of violence reinscribed the assumption of black madness, of the lack of rationality. “Protest” could only be irrational, because it would challenge the “natural order of things,” to paraphrase 17th century French economist François Quesnay. In his very actions, he all but indicated, what most of us knew and feared — that the grand jury would not indict Darren Wilson. And for Nixon, the Ferguson police and the white residents of Ferguson that is as it should be.

The natural order, for Gov. Nixon, is one in which police violence will continue to be seen as “stopping criminals,” and preserving “freedom” for the whites of Ferguson. In the meantime, the black citizens of Ferguson and their supporters across the globe will ascribe an enormous, though rather different, symbolism to the verdict: No indictment confirms the continued absence of legal and, indeed, moral justice.

Yet, it is hard to imagine that even had the grand jury indicted, that their decision would have much of an effect on the institutional, deeply embedded problem of state-endorsed, police-led racial violence in Ferguson, St. Louis or anywhere else in the U.S.

The indictment itself is supposed to be an indication of whether there appear to be sufficient grounds for putting Wilson on trial. In the event that the grand jury had indicted, a trial itself, guaranteed to be a long, arduous process, would most likely not have had a very satisfactory outcome. In the even more unlikely — and far away — case that the trial were to have found Wilson to be guilty of having killed Brown unjustly, at most, one police officer would have been convicted for one act. A guilty legal verdict, in effect, would have been just that: a lone legal verdict in one case involving one black teenager and one white police officer.

Symbolically, such a guilty verdict could have been a start. In a society where many black Americans who have too keen an awareness of the history of racism, the “natural order of things” is, I suspect, precisely what many of us hoped to see overturned through an indictment — and possibly a guilty verdict in a trial for Darren Wilson. That “natural order of things” is the continued foundation of unjust economic rules, systemic racism, white supremacy. Yet, it is obscured under the universal, race-neutral promise of “equality and freedom for all,” distracting us from the racial bias that grounds “reasonable standards,” where standards are reasonable only for those who stand on the side of white supremacy, land and profit. Similarly, justice is thought to be the outcome of “due process,” in which process is only afforded to those who can afford the dues.

Yet neither an indictment nor a conviction of Darren Wilson would have given black Americans, or other populations of color, what is so urgent: a court system that sees the history of racial injustice through serial acts of police violence, that processes justice by taking into full account the history of slavery, and that of racial, political and economic segregation. Neither an indictment nor a conviction would have afforded long-term racial justice, in which police officers no longer represent the white ruling class of Ferguson, in which the governor of Missouri doesn’t send the National Guard to shut down the speech and protests of those who are the victims of racism. That form of racial justice — regardless of the decision not to indict — will need much more. It will need the cultural, legal and economic defeat of white supremacy. And that is a much longer, much larger struggle.