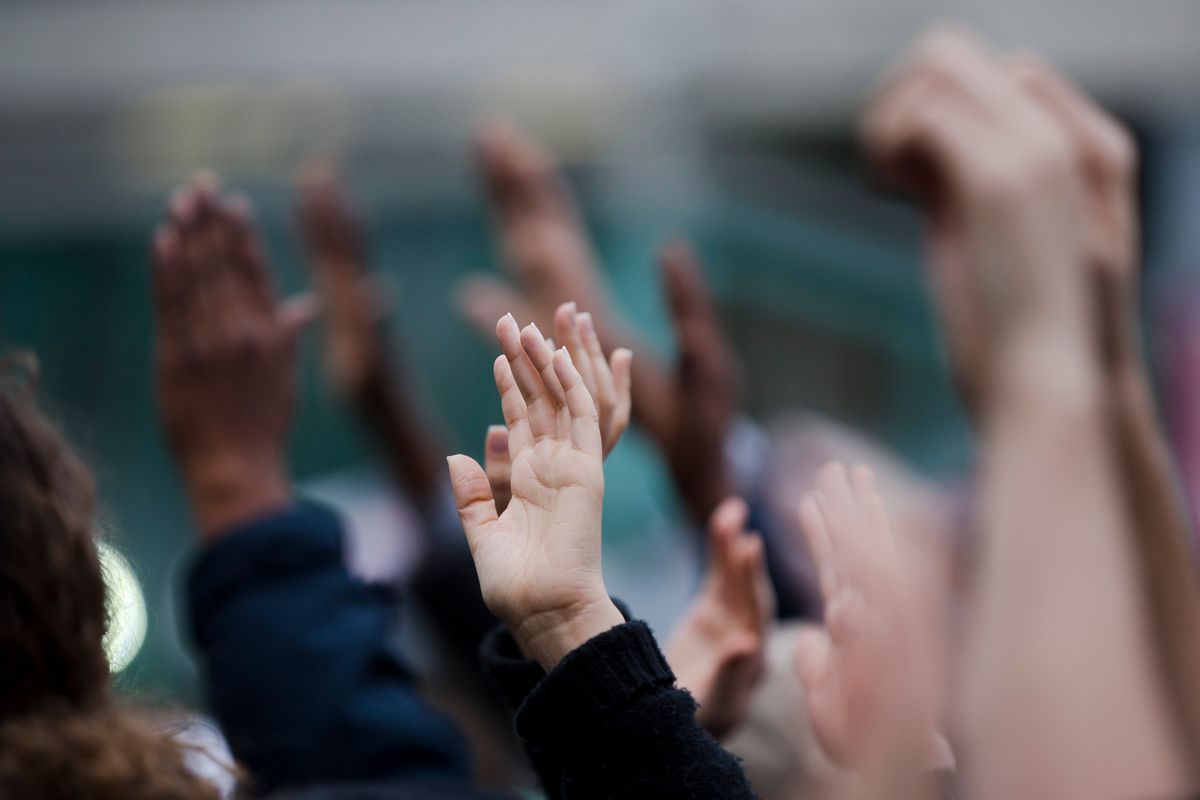 Demonstrators hold up their hands during a protest Tuesday, Nov. 25, 2014, in Philadelphia, the day after a grand jury's decision not to indict a white Ferguson, Mo., police officer who killed 18-year-old black Michael Brown. (AP Photo/Matt Rourke) (AP)
--

1. FOR SECOND NIGHT, PROTESTS SPREAD TO CITIES ACROSS US

Demonstrators in Ferguson, Mo., New York City, Seattle and elsewhere shut down bridges and roads one day after a grand jury's decision not to indict a white police officer in the shooting death of a black 18-year-old.

Their attorneys vow to push for federal charges against Officer Darren Wilson who killed Michael Brown, saying the grand jury process was rigged.

Suspicion fell on the Islamic militant group Boko Haram, which is blamed for the deaths this year of at least 1,500 people in Africa's most populous country.

4. HOW TO EASE THANKSGIVING TRAVEL WOES

Technology provides some pain relief in the form of apps to let you know which roads are clogged and what gate your flight leaves from.

The move is intended to suffocate separatists, but evidence on the ground suggests the strategy may backfire.

Trying to divine what the cartel's members are up to in the run-up to their Vienna meeting is a high stakes game for analysts and armchair geo-politicians.

8. INTERNET USERS KNOW LITTLE ABOUT HOW IT WORKS

A new study suggests that most people understand hashtags belong in tweets, but are confused about what a privacy policy means.

Mark Whitaker, author of "Cosby: His Life and Times," apologizes for not pursuing allegations that the stand-up performer drugged and sexually assaulted women.

The acknowledgement comes from the organization's Secretary General Jerome Valcke, who also insists Sony and Emirates airline are not ending their sponsorships.