"A hallucination of your worst fears": Legal scholar Patricia Williams on what Darren Wilson's testimony reveals about racism in America

"That’s precisely the danger of prejudice and stereotypes. That you don’t see the human being in front of you" 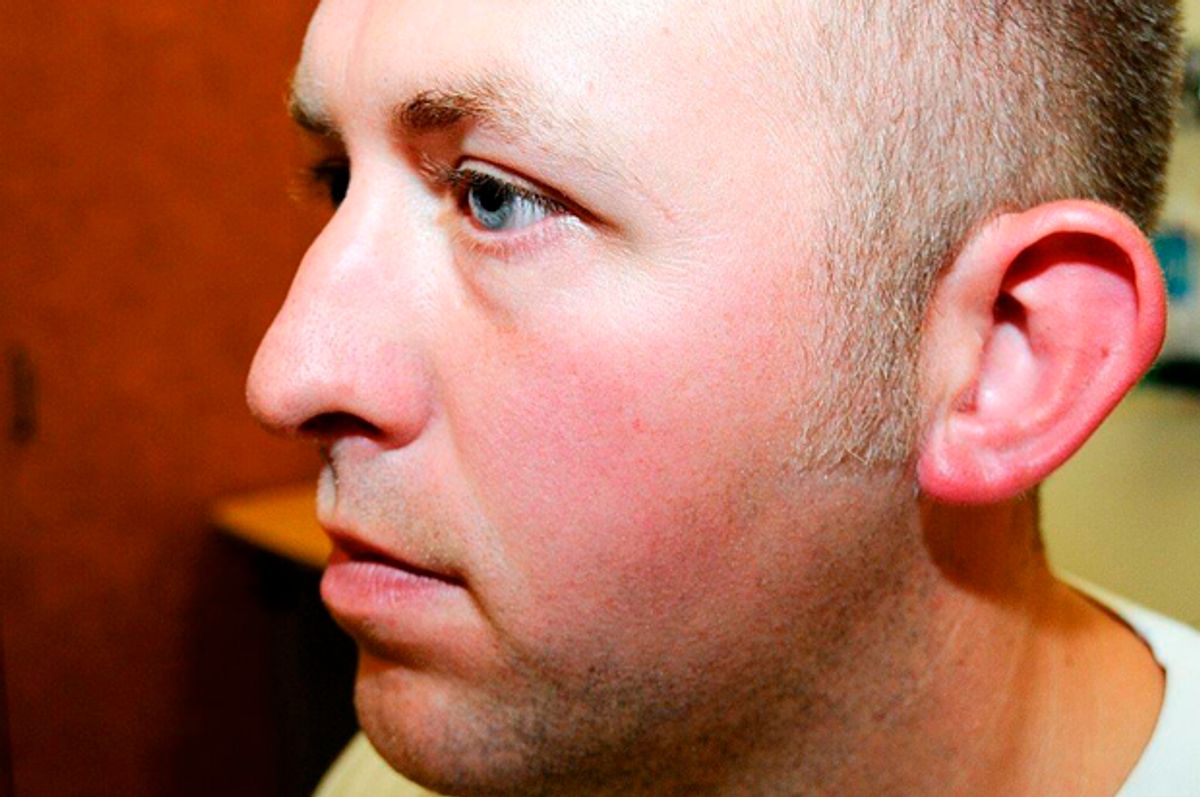 After hearing the news that a grand jury had declined to indict Darren Wilson for fatally shooting Michael Brown, I picked up my copy of Patricia Williams' "The Alchemy of Race and Rights" to revisit her writing on the death of Eleanor Bumpurs. In particular, I wanted to read a passage in which Williams explores fear, the racialized perception of threat and the use of deadly force in the 1984 case.

Bumpurs was a 66 year old, badly arthritic African-American woman who was shot and killed by Stephen Sullivan, a white New York City police officer. After being confronted in her home by several officers there to evict her, Bumpurs brandished a knife. She was shot twice. Like Wilson, Sullivan faced no charges. (At the time, one of Bumpurs' seven children responded to the non-indictment by observing, "The judge and the Police Department are saying, 'If you're poor, if you're black, then there's no justice.'")

And this is what Williams wrote in 1991:

I have tried to ask myself a progression of questions about the Bumpurs death. [...] What I found more difficult to focus on was the “why,” the animus that inspired such fear and impatient contempt in a police officer that the presence of six other well-armed men could not allay his need to kill a sick old lady fighting off hallucinations with a knife. It seemed to me a fear embellished by something beyond Mrs. Bumpurs herself; something about her that filled the void between her physical, limited presence and the “immediate threat and endangerment to life” in the beholding eyes of the officer.

Why was the sight of a knife-wielding woman so fearful to a shotgun-wielding policeman that he had to blow her to pieces as the only recourse, the only way to preserve his physical integrity? What offensive spirit of his past experience raised her presence to the level of a physical menace beyond what it in fact was; what spirit of prejudgment, of prejudice, provided him such a powerful hallucinogen?

However slippery these questions may be on a legal or conscious level, unresponsiveness does not make them go away. Failure to resolve the dilemma of racial violence merely displaces its power. The legacy of killing finds its way into cultural expectations, archetypes, and isms. The echoes of both dead and deadly others acquire an hallucinatory quality; their voices speak of an unwanted past, but also reflect images of the future.

These questions, all these years later, have not gone away. And in the grand jury's decision and the public's response to the death of Eleanor Bumpurs, we saw images of the future many times over. I reached out to Williams, a legal scholar and professor of law at Columbia University, to discuss the grand jury's decision in the Wilson case, Wilson's testimony, prosecutor Robert McCulloch's strategy and race and the justice system in 2014.

What are your thoughts on the outcome of the grand jury hearing?

It’s really disappointing. This is a grand jury for an indictment. It’s not a conviction. The standard for a grand jury is very, very low. There is a famous cliché in the law that you could indict a ham sandwich because the standard is so low.

And this wasn't even the ultimate trial, this was just to determine that there was a reasonable suspicion that something had happened that could be prosecuted. In that sense, the prosecutor [Robert McCulloch] did a completely horrible job. That’s why, at the outset, there was concern about this particular prosecutor.

What do you make of McCulloch's strategy in this case?

As in many of these trials, like the Trayvon Martin case and Jordan Davis, the public seems to feel that the victim is the person who needs to be prosecuted. And reading the transcript [in the Wilson case], it was so blatant.

One of the functions of a prosecutor is to prioritize, to make a case that there is reasonable cause. McCulloch didn’t do that. He chose to present a mess with no attempt to persuade. That’s what prosecutors are supposed to do, and he didn't do that. He emptied several bales of hay and told the jury to go sort through it. Relevance and focus is absolutely what you need to create a case. He didn’t try to create a case.

If he had a strategy, it seemed to be more about acting like a defense attorney.

And because prosecutors so often use police as their witnesses, there is a tendency in many prosecutors -- and you saw this really dominate here -- to feel that the police are on the same side as the prosecution. While in fact, the prosecutor’s duty is to the people. That’s why the courts are styled as “the people" versus a particular defendant. It is not “the police” versus a particular defendant.

McCulloch’s duty is to the public space, to all the people of the state. Not the police. That distinction, of the prosecutor representing the public and not police interests, seems to have been erased. And that conflation seems to have driven this grand jury presentation.

You mention the legal cliché of being able to indict a ham sandwich, but that changes when we talk about police officers. It’s rare for an officer to face charges.

Police officers are designed to protect public order. They have a responsibility to use the least violent option in any confrontation, and they are supposedly trained to do that. While their job is certainly stressful, you can’t have people with PTSD running around supposedly protecting the public order.

When you read the transcripts, it sounds like Wilson's defense was, Well I was so panicked and terrified. He certainly capitalized on this idea of “Big Mike.” But remember, Darren Wilson and Mike Brown are the same size. You wouldn’t have guessed that based on the transcript.

This panic about the hulking predator... if that is your feeling, then you shouldn’t be a police officer. It’s not a description of an accountable state actor. And the notion that police are state actors is lost here.

You see this in this general sense that [many people believe] the police have to do whatever they can to protect themselves. But that is not their mission. That’s a complete misstatement of their duty. Public safety is their mission, not their own. It is almost an old fashioned sacrificial mission that is entirely lost in this sense of, We are at war and we are soldiers. We shoot first and ask questions later.

Can you say more about Wilson’s testimony in this context?

Wilson aired a series of stereotypes that pluralized Michael Brown. In the Renisha McBride case, Theodore Wafer, who was convicted in her killing, kept saying “them,” kept talking about “them.” It was them versus me, and I was terrified.

There was that stereotyped plural in everything he said. He was describing not even a human being, he was describing a terrifying shape onto which all kinds of historical fear [about the black body] were projected.

Dehumanizing. Beastializing. Cartooning. That’s precisely the danger of prejudice and stereotypes. That you don’t see the human being in front of you, you see a template, a projection, a hallucination of your worst fears that makes the fear greater than the situation that you’re actually in.

What does reform look like to you at this moment?

I’m delighted to see that Mike Brown’s family is pushing for cameras on police officers, but at the same time, I think that cameras absolutely everywhere have potential for their own abuses that we are only beginning to deal with and appreciate.

So looking at the long-term, I think we are living in a moment of great societal change that makes it very hard to predict exactly what kind of enduring reforms will work best. Everybody is a bit like a deer frozen in the headlights.

There is an incredible amount of energy right now. It seems that the conversation changes in the wake of the non-indictment, but the focus -- on systems, on process, on justice -- remains very much the same.

I hope it will continue. I think that the kind of hard work that it’s going to take to make these changes has to do with changing the police departments, which means changing the geography of communities. The checkerboard nature -- black and white, wealthy and low-income -- has to change. And that is a bigger, bigger battle.

It reminds me of the disrespect shown in the Eric Garner case. Where the EMTs wouldn’t even touch the body. They saw this man literally struggling for his last breath, and just watched. There is this untouching. Once you kill someone, you do not touch the black body. You do not bother to give the body dignity or respect.

Then you had the family, the neighbors, and the children coming home from schools all screaming and crying on the other side of the police ribbon. This is what I think galvanized the energy of this particular response. That so many people saw first hand for so long the police walking slowly around, casually, while the body was left there. We didn’t treat Hitler’s body that way.

People teeming with emotion over the distress. When you are watching a family going crazy hour after hour. That so many people were on the street seeing that happen. At least in Ferguson, that will never be forgotten.