A brilliant financial steward? Not so much 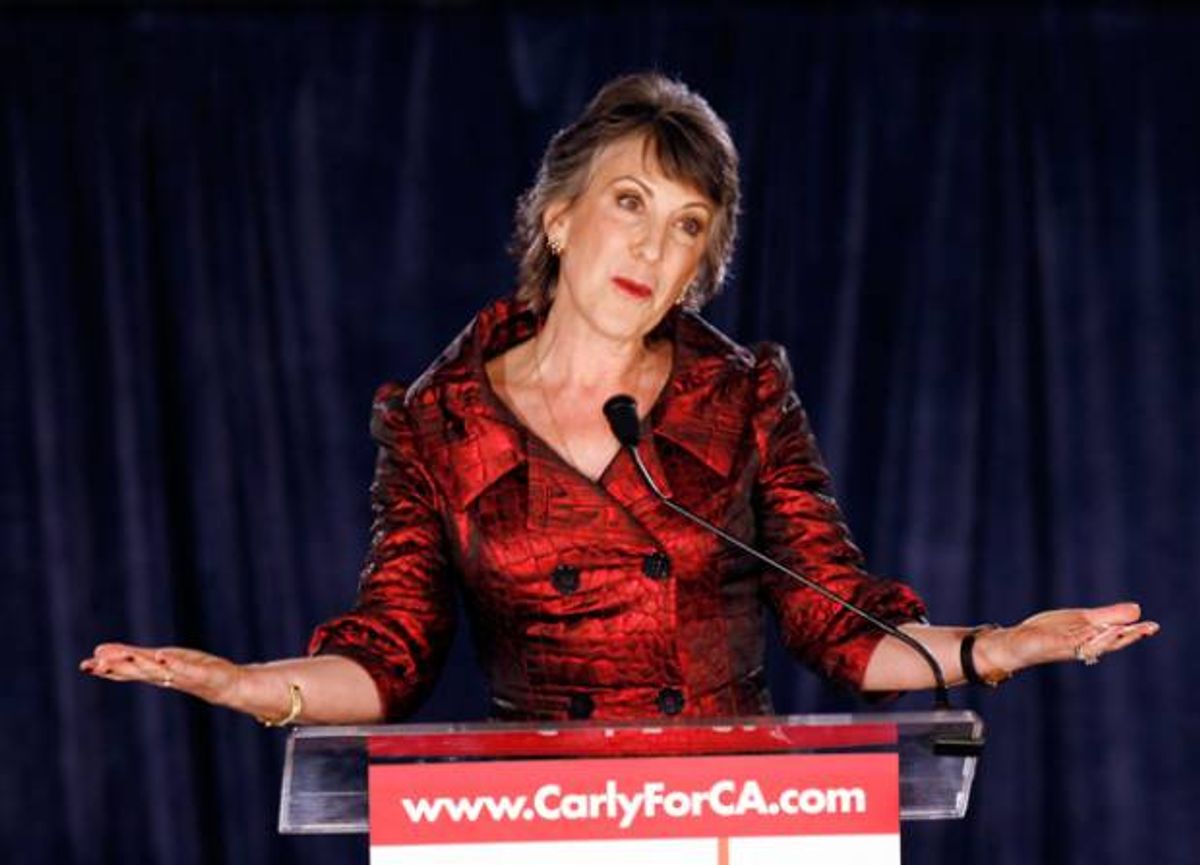 Carly Fiorina is really apparently going to run for president in 2016, and why the hell not?

Sure, she lost the only campaign she's ever run -- a 2010 challenge to Democratic Sen. Barbara Boxer of California -- by 10 points. And she hasn't exactly displayed much finesse as a campaign messenger; as John McCain's economic adviser in the 2008 presidential race, Fiorina, the former CEO of Hewlett-Packard, rankled aides to the Arizona senator's campaign when she declared that neither McCain nor running mate Sarah Palin was qualified to run a major corporation.

But Fiorina is rich, probably a little bored 10 years after her unceremonious ouster from HP, and likely looks at the field of prospective GOP contenders and thinks, "Why not me?" So Fiorina is making all the moves consistent with a White House bid. She spent the 2014 cycle stumping for GOP candidates across the country, is making contacts in crucial presidential primary states, and has established a political action committee aimed at attracting women to the Republican fold. The Washington Post reports today that Fiorina will be in New Hampshire next month, before kissing the ring of ultraconservative congressman Steve King at his Iowa Freedom Summit in January and speaking before the crucial Conservative Political Action Conference (CPAC) in February.

The rationale for a Fiorina candidacy is twofold. First, she thinks her internal plumbing would help counter charges that the GOP is insensitive to women's concerns. (Fiorina herself is anti-choice, but never mind that bit.) More important, Fiorina would tout her business background as evidence of her financial acumen and her ability to get the nation's fiscal house in order.

This latter narrative conveniently omits that Fiorina left HP a decade ago amid tumbling stock prices, bitter internal warfare over corporate strategy, and massive layoffs. But there's even fresher evidence that Fiorina is hardly the brilliant financial steward she purports to be, and it can be boiled down to one figure: $500,000.

That's the amount of campaign debt Fiorina still owes to consultants and campaign aides from her unsuccessful Senate run four years ago, according to the Post. Unsurprisingly, the paper reports, many former Fiorina aides are "bitter" over the lingering debts, which will almost certainly prompt potential '16 associates to think twice before signing on to Fiorina's latest wild goose chase.

At the very least, though, a Fiorina campaign and the attendant scrutiny would provide a useful reminder that for all the chatter that a business background is an asset in politics, it's no predictor of either success or sound political management.