This is the perfect holiday pop song: Liz Phair has the Christmas song for our all-too-real times 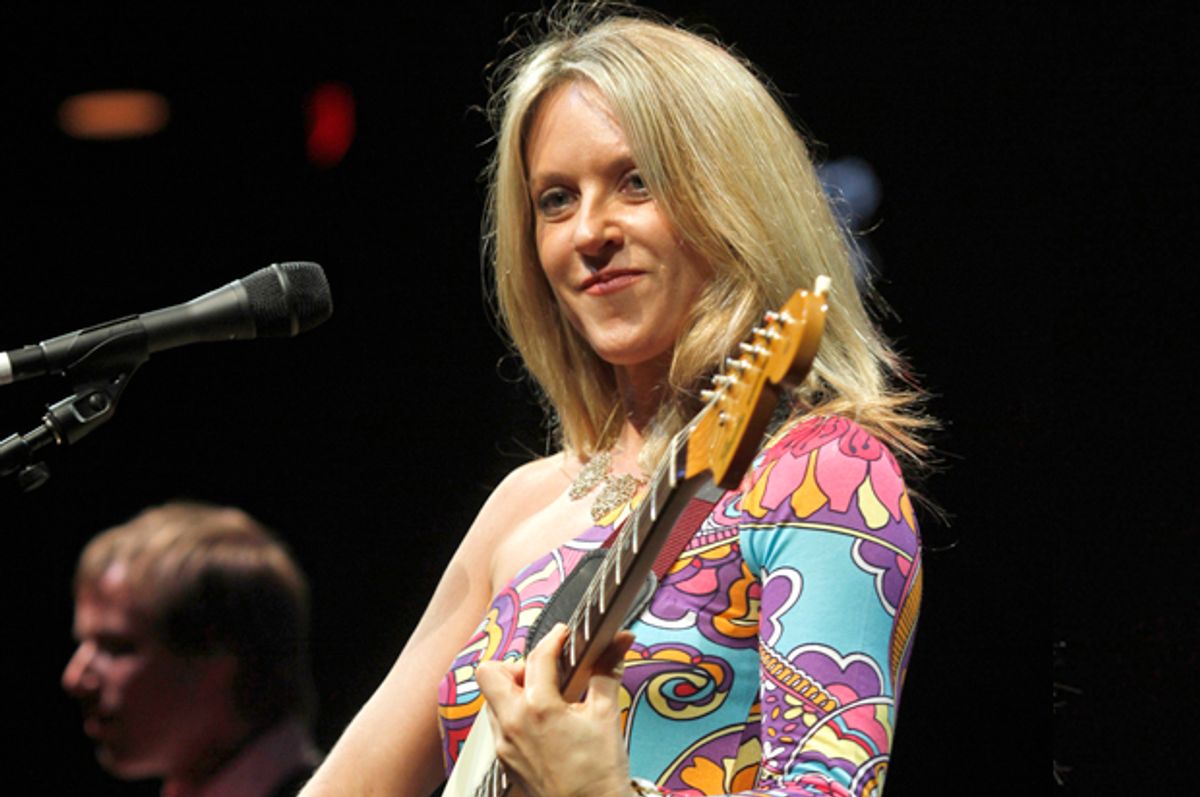 Liz Phair might know a thing or two about ho-hum holidays. She’s been chasing success for almost 20 years now, trying to record something — anything — that could stand up to her iconic early albums, the glorious, two-handed middle-finger salute of “Exile in Guyville” and “Whip-Smart.” Once, she sold a tiny little corner of her soul to the hit factory the Matrix, and she even tried Bollywood-inflected rapping on her 2010 self-released record, the dumpster-fire pastiche “Funstyle.” So can you imagine the holiday dinners? Passive-aggressive cousins-in-law asking her how her music’s going, Aunt Nan suggesting she record a duet with that nice Taylor Swift?

A Liz Phair-centered Christmas movie would give “Love, Actually” a run for its depressing money. It’s like she’s been laid off or dumped, but by the entire world. But Liz Phair fans have never stop wishing for a comeback. We’ve been waiting for a new, 21st century version of the old, amazing Liz Phair to rise from the ashes of her career train wreck and reclaim her throne.

Lucky for us, she’s finally channeled that angst into a suitable container: the Christmas pop song. Conventional wisdom says that pop star Christmas songs are not comeback vehicles. They are merchandising opportunities, cash-in bridges between legitimate new releases. But Liz Phair has never made the obvious choice and she’s not going to start now.

“Ho Ho Ho,” released as part of Amazon Prime Music’s “All Is Bright” playlist, is vintage Liz Phair: an aloof affect juxtaposed with a kicky melody, plus a total earworm chorus. The real-talk lyrics are suitably jaded and disturbingly relatable, like texts from your best friend stuck at home and on call for the holidays: “doing shots of room-temperature peppermints schnapps / as the Yule log on TV crackles and pops.” Who hasn’t been there? (Besides Mariah Carey?)

Phair told Stereogum that she’s “always wanted to write a dystopian Christmas song,” and that she channeled both David Sedaris’ deliriously twisted “The Santaland Diaries” and the Waitresses’ (completely overplayed at this point) monotone New Wave rom-com anthem “Christmas Wrapping” while writing it.  While “Ho Ho Ho” isn’t quite as severe an entry into the holiday subgenre as reigning dystopian classics like the Pogues’ addiction nightmare “Fairytale of New York” or the Kinks’ class warfare anthem “Father Christmas,” it’s almost more frightening in its detached observations: “they had to cut back on most of the staff” and “the landlord is here and he’s changing the locks.”

Liz Phair, as only she can, stares deep into the heart of our contemporary Christmas season and bluntly proclaims: “Nobody gets a perfect Christmas.” And yet she still believes in the spirit of the season: a time for comebacks, for forgiveness, for a "ho, ho, ho, ho" chorus that sounds like she's laughing, albeit ruefully, at the whole music game, and us, and herself.