A Thanksgiving dinner resolution: Why you should invite Indians to the table today

As we eat that turkey tonight, let's consider how our system is depriving Natives of economic and criminal justice 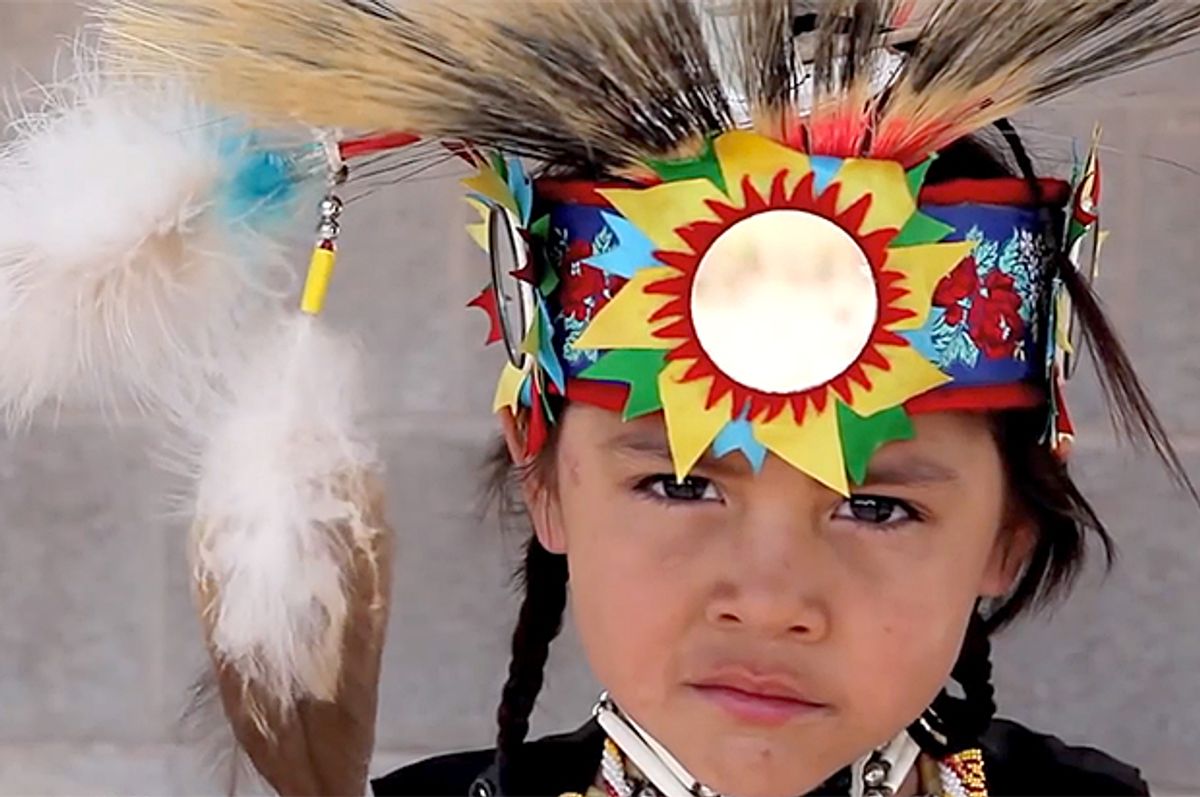 While most Americas enjoy our Thanksgiving holiday, millions of descendants of those alive during that first Thanksgiving—Native Americans—still live in a legal and economic limbo, denied access to the same standards of criminal justice and economic opportunity the rest of us take for granted. Forget New Year’s resolutions: let’s make a Thanksgiving dinner resolution to push our members of Congress to remedy the situation.

As we carve the turkey, let’s consider the economic limbo we place Native Americans in by law. Because tribal lands are held in trust by the federal government, tribes are unable to levy property taxes, and imposing income taxes is rarely feasible. Thus, unlike states and cities, reservations have a hard time funding basic government services. Many tribes turn to commercial activity to try to raise funds, but those are vulnerable to economic winds, and harness opportunities that would otherwise be building private wealth.

As we share the bounty of the dinner, let’s note that because of the federal title to most tribal lands, banks cannot foreclose in the same way, which dissuades many from mortgage lending on reservations. Less than 1.5% of reservation Indians who have sufficient income to qualify for a mortgage have one, depriving them of the main engine for economic growth among the middle class.

Serving up our stuffing, let’s think about the legal problems faced by Indians, caused by a similar situation. Since a 1978 Supreme Court ruling, tribes have been legally barred from prosecuting non-Natives for crimes committed on reservations. This has helped produce crime rates, including the rape of Indian women—most often by whites, unlike other ethnic groups—and rates of child sexual abuse that run as high as two and a half times the rates they do elsewhere.

As we dollop the mashed potatoes, let’s give ourselves some credit. The 2010 Tribal Law and Order Act tried fixing some of this, beginning to restore sentencing authority to tribal courts. But it did nothing to fund implementation. To prosecute non-members, a tribal court must establish a detention facility and an experienced judiciary, and must provide public defender services. A functioning public defender’s office costs about $350,000 per year. Add in the other costs and you’re looking at perhaps a million dollars annually—a significant hurdle when tribes can’t levy most taxes.

The 2013 Violence Against Women Act went further, recognizing tribal criminal authority over non-Natives for the first time since 1978, but only for domestic violence, not for child sex abuse, not for other crimes and only on reservations that can meet TLOA’s and other standards. So far, none have. This is a problem when more than half of reservation residents are now non-Native.

Combined, these problems should compel those gathered for the feast to ask: How can tribes provide a safe and stable environment for families to live and economic activity to take place?

As host you could point out that according to law, the federal government should be providing criminal justice services in most cases. But more than half of major crimes reported in Indian country have gone unprosecuted. Budget-strapped U.S. attorneys rarely see political or career benefit in prosecuting crimes like rape or assault on sparsely populated reservations hundreds of miles from their offices.

As we dole out the yams, we could discuss how jurisdictional conflicts impair prosecutions even of Indians by their own tribes. If an Indian batters his wife, for example, the tribe usually cannot compel the off-reservation hospital doctors who treated her injuries to testify, nor the white friend who witnessed the battery. If the man moves to a town just off the reservation, he can’t even be arrested by tribal police (unless cross-deputized—yet another complication).

These flaws have had the effect of turning reservations into havens for non-Native sexual predators and other criminals. For example, mid-level non-Native drug dealers who aren’t large enough to attract federal prosecution can operate with relative impunity on many reservations, because neither tribal nor state law enforcement has authority to touch them.

As we enjoy our pecan or pumpkin pie, let’s consider how these factors perhaps not unjustifiably lead many banks to deprive others of their piece of the pie, staying away from reservation mortgage lending despite federal incentives, arguing they can’t foreclose on trust lands. Their recourse is federal guarantees, BIA permissions, or lease arrangements with tribes, but such fixes are subject to the shifting sands of tribal and federal politics. Inadequate resources, the inability to tax residents to fund government services, a lack of complete separation of powers under many tribal constitutions, and the inherent conflicts that emerge when government is running business enterprises to fund services all combine to make for treacherous lending environments. And again, reservations are sparsely populated and located far from commercial centers, making them expensive to service.

And as we finish that last dollop of whipped cream, we might consider how these many problems are not created by Native Americans, but by the catch-22 that we have created, in which we deny them the ability to provide economic opportunity and justice, while failing to provide it ourselves.

But just as at that first Thanksgiving, Indians are resourceful people. Recognizing that economic opportunity and low crime go hand in hand, some tribes are beginning to plow casino revenues into establishing financial institutions. Congress should be aiding this process with more federal incentives, especially for the majority of tribes that don’t have casino operations. And while the Justice Department has recently made laudable efforts to increase prosecutions of reservation crimes, Congress needs to provide for expanded, state-like jurisdiction of tribal criminal justice, and to provide an equitable means of funding it through taxing and bonding authority. The federal court has acknowledged that tribal courts can get the job done faster, and do it without using precious federal resources. Tribal courts should have power to subpoena non-member witnesses, and to prosecute offenders of any race who commit crimes on their lands.

Such a solution will be more efficient, just and cost-effective, and will empower Native communities to provide more stability, safety and economic opportunity to residents and visitors alike, so that they can give thanks for the same opportunities the rest of us take for granted. This Thanksgiving, let’s share the bounty. If we are to reach a more perfect union—and a more economically successful one—it's time Native Americans are invited to the table as equal Americans, and it’s time for all of us to push our members of Congress to make it so.

Shawn Lawrence Otto is author of Sins Of Our Fathers, a new literary thriller set amid banking and crime in Indian Country. View his web site here.