In 2008, skeletons were discovered with sickles across their necks to keep them from rising from the dead 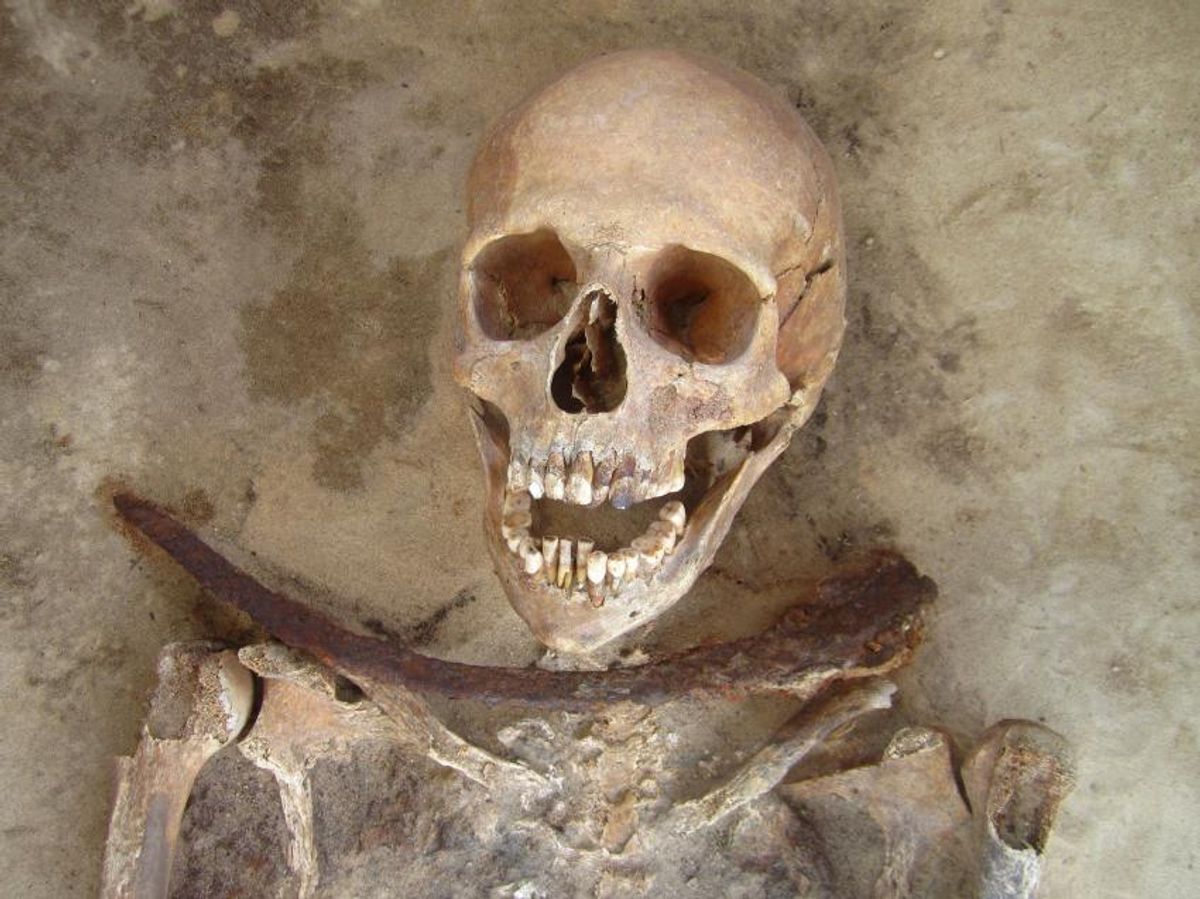 A new article published in the journal PLOS ONE focuses on the buried vampires of 17th- and 18th-century Poland. Who were these unlucky souls, so feared by the living that they were buried with sickles placed firmly across their necks and rocks piled atop their jaws? And why were others so afraid?

USA Today's Traci Watson reports on the skeletons, the first of which was discovered in 2008:

As researchers unearthed one skeleton, "the rusty red color began to darken around the pelvis in a distinct crescent-moon shape," ...Amy Scott of the University of Manitoba recalls via email. They'd found a "vampire" with a sickle curving around her abdomen and a large rock on her neck, "like nothing I had ever seen before," Scott says.

The six people interred as vampires were probably regarded as vampires-in-waiting – liable to spring out of the grave after burial – rather than full-fledged vampires that had already risen from the dead, [researcher Tracy] Betsinger says. But why were these six singled out? An examination of the skeletons found no signs of trauma or disease that could have aroused suspicions, the researchers report in the latest issue of the Cambridge Archaeological Journal.

Perhaps the "vampires" were immigrants whose foreignness made them suspect. But the make-up of the vampires' teeth suggests they grew up in the area, according to University of South Alabama bioarchaeologist Lesley Gregoricka, the leader of the tooth analysis, published today in the journal PLOS ONE.

Now, there is a different theory: The study suggests that those buried in this unusual manner actually may have been the first to die from cholera. "Cholera was attributed to the supernatural," said Grigoricka in an interview with the New York Times. "They believed people would return from the dead, feed on living individuals and cause the disease to spread."

"Today we might find it silly to believe in vampires," Gregoricka said in another interview with USA Today. "Before scientific understanding of contagion ... vampires were perceived as a very real threat and represented one way of explaining the unexplainable."