GOP fools the media again: Why prison reform is not really a bipartisan issue

You may have heard the parties were going to come together to solve our prison mess. Here's the ugly reality 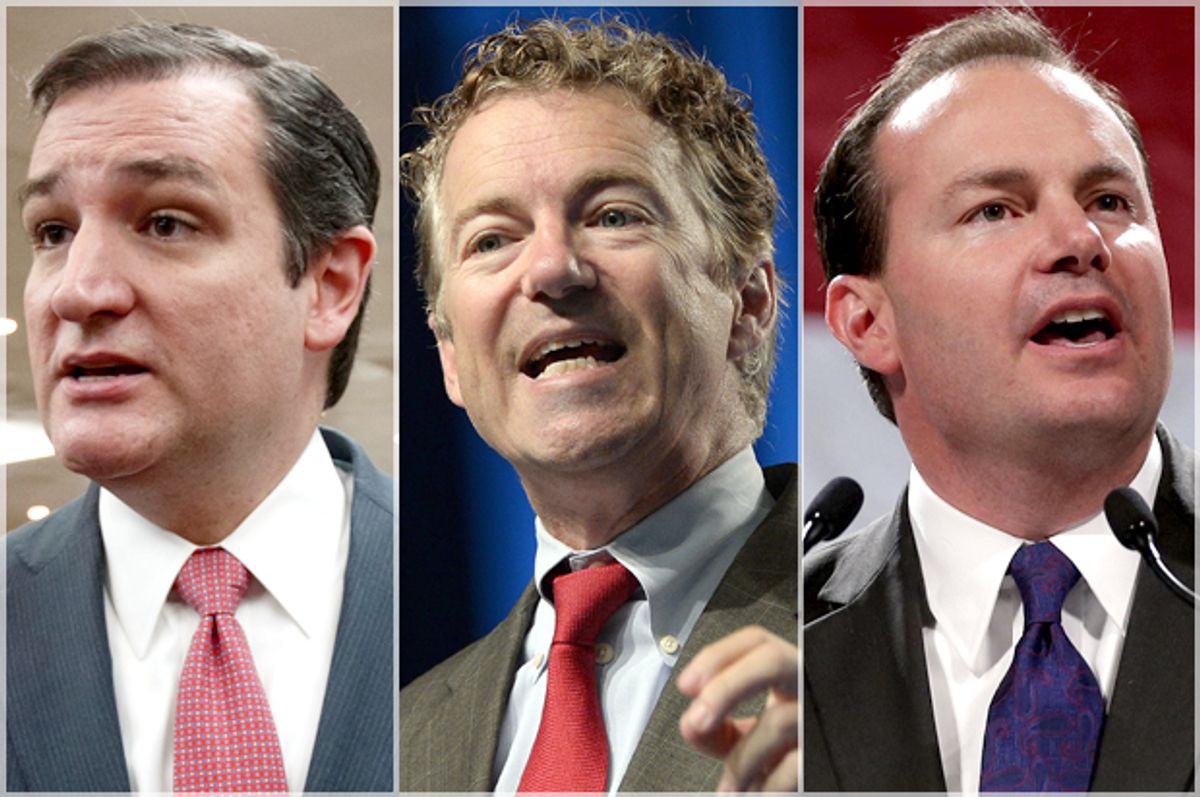 It seems like only yesterday that all the Beltway wags were assuring us that the Republicans and the Democrats were going to come together at long last to solve one of America's most intractable problems. Sure, it was going to be tough, but they could not ignore reality anymore. They were going to have to pass immigration reform at long last. Two years ago Politico put it like this:

The renewed interest in tackling the issue, if sustained, would represent a fundamental shift for Republicans, who allowed conservative firebrands to set the agenda on immigration after several failed attempts to pass a bill during the Bush administration.

Let's just say that despite assurances from the media that members of both parties were sincerely committed to working together, that didn't go as planned. The conservative firebrands were and still are setting the agenda. And as long as that's the case, Republicans will not agree to immigration reform. Truthfully, all you had to do was read some conservative websites and listen to Fox News or talk radio to know that. And yet D.C. pundits clung to the notion that Congress would work together on an issue that would inevitably inflame the conservative base of the Republican Party.

Despite the full-blown meltdown over that issue in the wake of this last election, you still hear people in D.C. optimistically proclaiming that the new Congress will be able to "get things done" on another issue that has always been characterized by deep partisan divisions and about which the Republican base has an especially emotional connection. For some reason everyone assumes that the time is ripe for prison reform. It is long overdue, of course. The insane sentencing guidelines that were put in place after the last "panic" over super-predators and crack babies have resulted in overflowing prison populations. In fact, the U.S. can "boast" of the highest prison population in the world both by percentage of the population and in actual numbers. We currently have more than a million and a half people behind bars in federal, state and local jurisdictions. And as Think Progress reported:

In the federal prisons, more than half of those sentenced to a stints of a year or longer are still there for drug crimes. In states including Louisiana, Mississippi, Oklahoma, Texas, Alabama, Arkansas, Arizona, and Georgia, at least 1 percent of male residents were in prison on December 31. And across the country, racial disparities persist. Black men are six times more likely than white men to be in prison. Hispanic men are 2.4 times more likely, according to a Sentencing Project analysis of the data.

Those last two data points are the most salient when it comes to questioning the Beltway optimism on this issue. Is it really likely that the Republicans, at this moment in their political trajectory, are going to take up this particular reform? It's possible. But then it's also possible that they'll decide to embrace Obamacare. Highly unlikely is more like it. The bill that seems to have everyone feeling so positive about bipartisan comity is the Smarter Sentencing Act, which has the backing of such disparate groups as the ACLU and the Heritage Foundation. Ted Cruz says he's for it too. It basically will give courts more discretion in sentencing and lower the daft mandatory sentences for drug crimes from 20-, 10- and five-year mandatory minimums to 10, five and two years. Considering the tremendous overcrowding in federal prisons this seems like a no-brainer.

Unfortunately, there are a few roadblocks. Sen. Chuck Grassley thinks mandatory minimums are an important crime-fighting tool. And for reasons of their own, Sens. John Cornyn and Jeff Sessions are likewise opposed. But perhaps the biggest obstacle to any kind of bipartisan criminal justice reform (that makes any sense) is the fact that the Republican base is not only strongly opposed to it, GOP political consultants would be deprived of one of their most potent lines of attack. (And, just as likely, Democratic challengers would cynically use it against them.)

When push comes to shove, this is the evergreen Republican go-to election attack. We saw it just recently in the fall campaign.

It never gets old. And after what we've just witnessed from the hate radio talkers and the Fox news pundits and the right-wing twitter hordes on Ferguson, the attitudes that frame that ad are as common as they ever were.

And even more depressing, those attitudes are more pervasive than we may realize. This recent study illuminates just how deeply race plays into our prison crisis:

Although African-Americans constitute only 12 percent of America's population, they represent 40 percent of the nation's prison inmates. But informing the white public of this disproportionate incarceration rate may actually bolster support for the very policies that perpetuate the inequality, according to a study published in Psychological Science, a journal of the Association for Psychological Science. Stanford psychology researchers Rebecca Hetey and Jennifer Eberhardt found that when white people were told about these racial disparities, they reported being more afraid of crime and more likely to support the kinds of punitive policies that exacerbate the racial disparities.

The study involved a number of interesting tests of random people. This is just one of them:

Their first experiment unfolded at a train station near San Francisco. A white female researcher asked 62 white voters to watch a video containing mug shots of male inmates. Some of the participants saw a video in which 25 percent of the mug shots were of black men, while others saw a video in which the percentage of black men among the mug shots rose to 45 percent. The participants then had an opportunity to sign a real petition aimed at easing the severity of California's three-strikes law. "It seemed like a great opportunity – a real-life political issue – to test this question of whether blacker prison populations lead people to accept these more punitive policies," Eberhardt said. The results were clear. Over half of the participants who'd seen the mug shots with fewer black men signed the petition, whereas only 27 percent of people who viewed the mug shots containing a higher percentage of black inmates agreed to sign. This was the case regardless of how harsh participants thought the law was.

That unfortunate result was repeated in other experiments. Informing people that our prison system is racist leads many white people to support it. They don't know they're doing that, but they do. How sad is that? This leads to the inexorable conclusion that it's a mistake to talk about the fact that our prison system is racist. It will only bolster support for it among white people. In fact, if one didn't know better one might assume that the Republican "support" for the drug reforms is simply a clever way of reminding people of their racist fears. (I don't believe that's what it is -- they're good at tickling the lizard brain, but they're not that good.)

Regardless of whether it's going to pass in this lame duck period, it's a very good thing that awareness of the necessity of reform is bubbling up into the national conversation. Over time there will inevitably have to be some sort of reform. The crisis isn't going away.  And it's not the cruelty, immorality or racism that will lead it, it's the cost. (In fact, in some states that's already happening --- and the ones that are doing it will surprise you.)