Janay Rice speaks out about the elevator attack: "I was done" 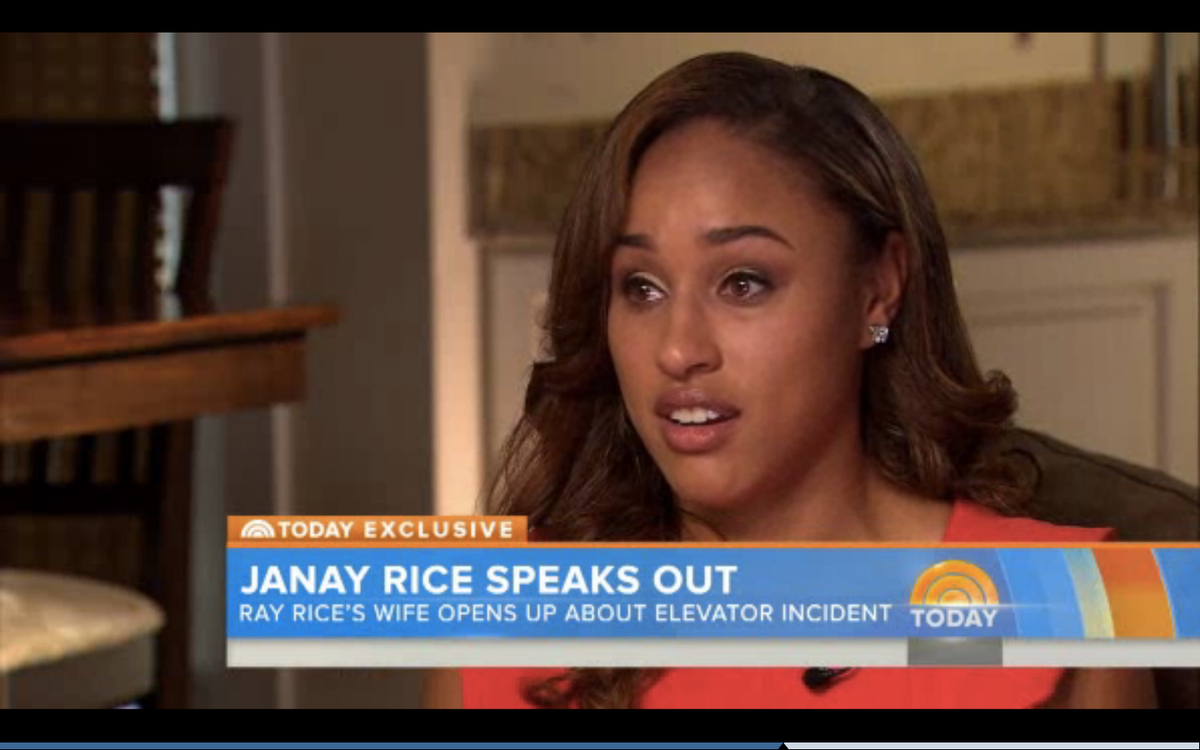 After months of silence punctuated by pleas to leave her family in peace, Janay Rice sat down for her first interview since her husband, former Baltimore Ravens running back Ray Rice, was suspended from the NFL indefinitely after footage of him knocking her unconscious in an elevator was released to the public in September. In a multi-part interview set to air this week, Rice told "Today" host Matt Lauer that while she and her husband have chosen to stay together following the attack, her immediate response to the incident was to be "done."

"I was furious," Rice said. “We came home and we didn't talk the entire ride. He tried to talk to me. I didn't want to hear any of it. I just knew he hit me, and I was completely over it. I was done. I just didn't even want to entertain it -- entertain him, anything he had to say, any explanation.”

Rice also described the difficulty of remaining silent on the incident and her husband's suspension in the months after the attack, save for an indignant Instagram post in which she charged the media with taking "all happiness away." "That's been the hardest part, is having so much of your life made public and have it all be negative," Rice said. "That's the hardest part. Is not having control over anything that has to do with you. It's a natural thing for a human to want to come out and say, 'No, no. That's not me,' or, 'No, that's not true.' But it's like a battle that we just can't win."

Additionally, Rice claimed her husband had never hit her prior to the night in the elevator, which her mother, Candy Palmer, confirmed in the interview as well. "There's no way," Rice said. "I'm not going to sit there in silence and let something happen to me -- and God forbid, in front of my child, just like, let it happen? There's no way."

On Friday, Ray Rice's indefinite suspension was overturned in an appeal, reinstating his eligibility to play for the NFL. It is still unclear whether a team will be willing to sign him this season.

Watch a clip from Janay Rice's interview with "Today," the second half of which airs on Tuesday, below: