Texas wants to put Scott Panetti, a schizophrenic man, to death. Here's why the Supreme Court must not let them 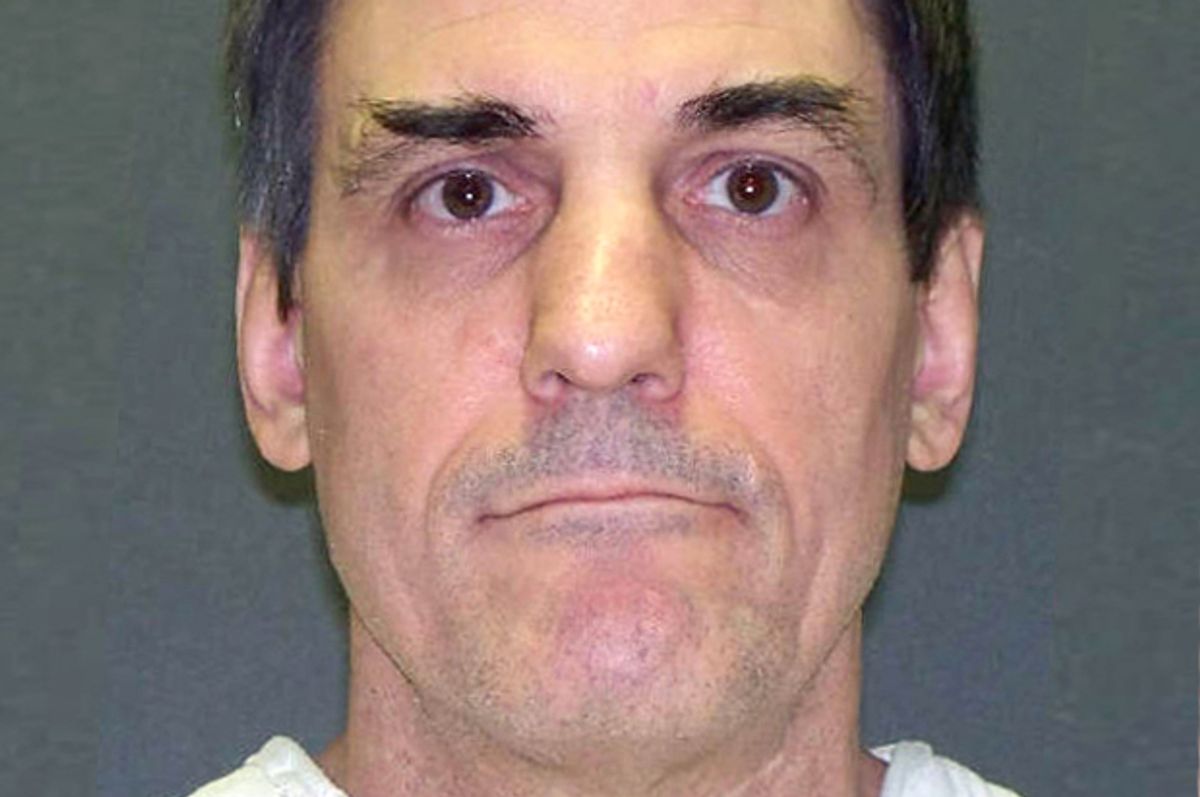 Seven years ago, the U.S. Supreme Court stopped Texas from executing Scott Panetti, a schizophrenic man who fired his lawyers, asked the judge to compel JFK, Jesus, and the pope to testify on his behalf, and represented himself at trial dressed in a cowboy costume complete with a purple bandanna. Panetti believes that Texas wants to execute him because it wants to “prevent him from preaching the Gospel,” and that the state is “in league with the forces of evil.” In blocking the execution, the majority of the court argued that the Eighth Amendment requires an individual facing execution to have a rational understanding of why he or she is going to be executed, and they sent the case back to the lower courts for reconsideration.

That was 2007. Now Texas wants to execute Panetti — again.  No matter that he has not had a competency evaluation in seven years. No matter that he still believes that the state wants to execute him to stop him from preaching the Gospel. Commentators — and the courts — continue to focus on whether Panetti has a rational understanding of why the state of Texas wants to kill him, and while that is certainly relevant, it is, perhaps, not the most important question.

Shouldn’t we also be asking why the state has the power to execute someone as profoundly mentally ill as Scott Panetti in the first place, regardless of whether he understands why he is being punished? The architects of our Constitution empowered courts to invalidate cruel and unusual punishments because they understood that anger and fear sometimes drive legislatures to define, and juries to impose, excessive penalties. The Supreme Court takes that obligation seriously in some contexts:  It barred the death penalty for juveniles, holding that it is cruel and unusual when “the law’s most severe penalty is imposed on one whose culpability or blameworthiness is diminished, to a substantial degree, by reason of youth and immaturity.” It also banned capital punishment for intellectually disabled people because “to impose the harshest of punishments on an intellectually disabled person violates his or her inherent dignity as a human being.”

But what about Scott Panetti — a guy who has a mental illness so severe that he had been forcibly hospitalized 13 times before he committed the crime that landed him on death row? Doesn’t executing someone so mentally ill constitute excessive punishment? Doesn’t it also cross a moral line? Panetti shot his mother-in-law and father-in-law while in the midst of a persistent hallucination that he was a man named “Sarge.” He had an equally firm belief that he was fighting against the devil and that God would protect his in-laws from suffering.

In 1986 -- six years before his conviction -- the Social Security Administration determined that Panetti was so disabled by his mental illness that he deserved disability benefits. The court's obligation to recognize the inherent dignity of all human beings is incompatible with executing Panetti, a man who is so ill that at one point he buried his furniture in his backyard because he believed the devil was inside it. Indeed, it is callous to contend that the Eighth Amendment’s ban on cruel and unusual punishments bars the execution of juveniles and the intellectually disabled because of their insufficient moral culpability, but that it allows the execution of a man ​as disabled as​ Scott Panetti​.

One could point to a formalistic legal distinction to justify this inequity; some state legislatures banned capital punishment for juveniles and the mentally disabled well before the court stepped in, while no state — other than the 18 states with no death penalty — formally bars the death penalty for the seriously mentally ill. But this line of thinking is overly simplistic.

In its most recent Eighth Amendment decisions, the court has eschewed such formality and replaced it with a more holistic approach that looks at a number of different factors in order to gauge whether a punishment is excessive, and therefore cruel and unusual. For instance, it questions how often the punishment is imposed and carried out in practice; whether the punishment serves any penological purpose; and whether the administration of a punishment to a particular class of people elevates the risk of wrongful execution. This broader, and far more sensible inquiry, leaves little doubt that it would be cruel and unusual to execute someone as mentally ill as Scott Panetti.

The Supreme Court is asked to hear thousands of cases each year, though it is obligated to decide none. We often give the court a pass when it declines to decide all but 50 or 100 cases each year. What we often forget, though, is that the decision not to intercede is a morally consequential one. The state-sanctioned taking of a human life is too serious an issue to be ignored by the courts.

Our Constitution implores the court to protect our nation’s citizens against unduly harsh punishments. If the court steps aside and lets Texas execute Scott Panetti, it deserves the substantial hit to its moral legitimacy that it surely will take.

Rob Smith is an assistant professor of law at the University of North Carolina, Chapel Hill. Follow him on twitter at @thisisrobsmith.

Charles Ogletree is the Jesse Climenko Professor of Law at Harvard Law School and Director of the Charles Hamilton Houston Institute for Race and Justice.