The first teaser for "House of Cards" season three has arrived

Frank and Claire are back, and we assume they're up to no good. 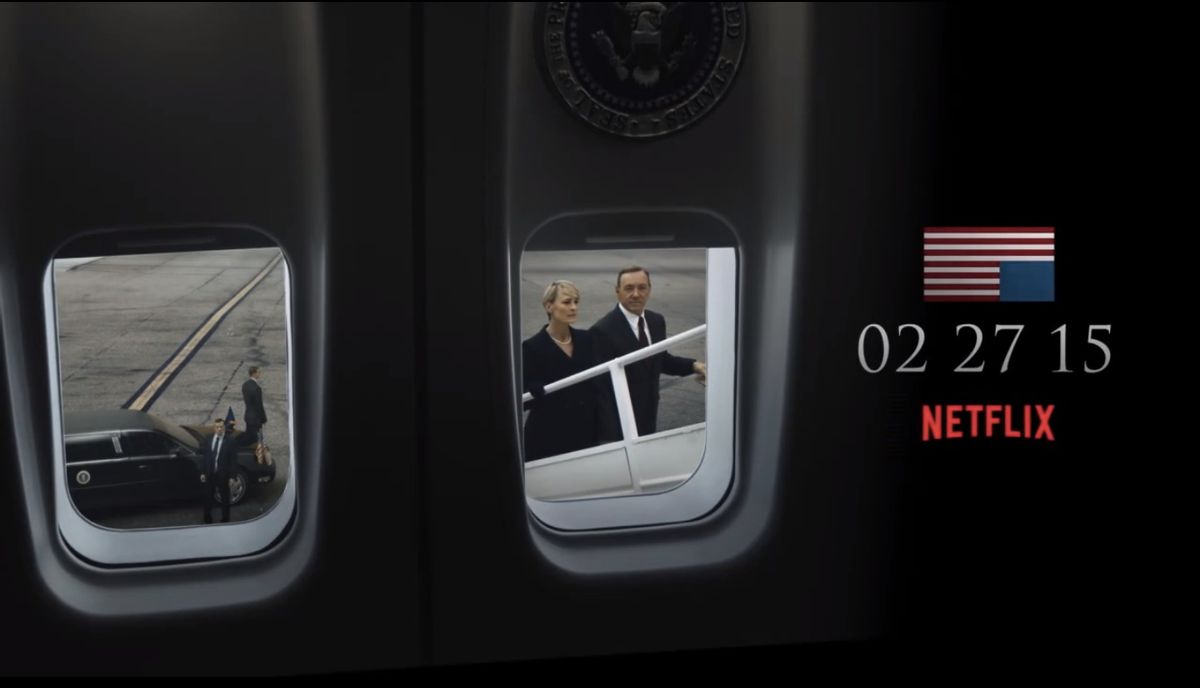 Netflix has released a first, very brief teaser for “House of Cards” season three, depicting a newly-inaugurated President Frank Underwood (shudder) and First Lady Claire Underwood ascending what appears to be the steps to Air Force One. Considering how much havoc Frank managed to wreak on the D.C. metro, we dread to think what sort of fresh variations on vehicular homicide he'll conjure up with a Boeing VC-25 at his disposal. Anyway, get excited: The power-mongering returns February 27th!