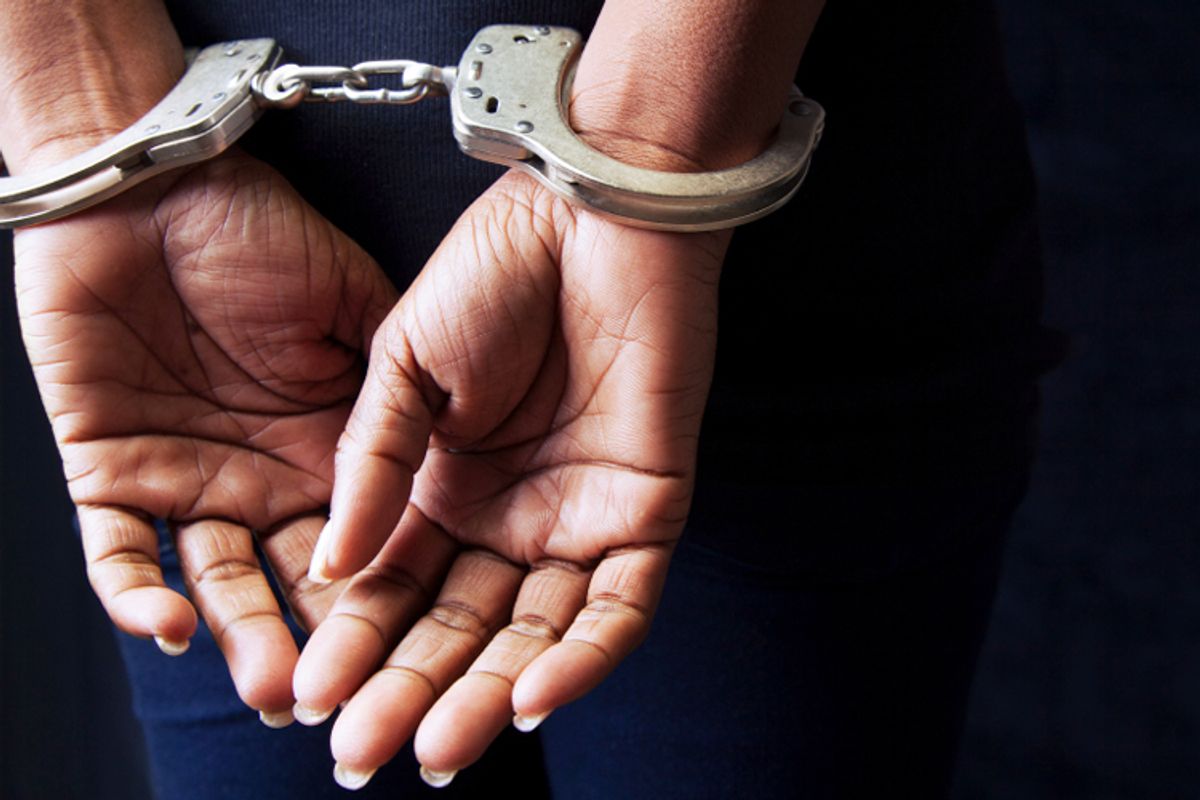 More than 100 women in the United Kingdom have been arrested and held in custody over the past five years for allegedly making false rape accusations, according to an activist group that is challenging the disproportionate pursuit of such cases. Women Against Rape, which plans to make its plea for change outside Parliament on Tuesday, says police aggressively pursue jail time for women accused of "perverting the course of justice," an offense that carries life imprisonment as its maximum punishment. According to the Guardian, the group claims officers' pursuit of such cases is disturbingly unique:

The vast majority of the convictions in the last five years, 98 out of 109, involved prosecutions for perverting the course of justice – which carries a maximum life jail term – rather than the lesser offence of wasting police time, which has a maximum tariff of six months in prison or a fine.

A US law professor, who will be speaking at the Commons, said the UK’s stance on false allegations is more aggressive than in countries such as the United States, Canada and Australia. Prof Lisa Avalos, of the University of Arkansas, said false allegations in the US were dealt with as a misdemeanour offence, not a felony -- and most women were not jailed if found guilty.

“In the course of my research I have not found any country that pursues these cases against women rape complainants in the way the UK does. The UK has an unusual approach and I think their approach violates human rights,” she said.

WAR also claims that police often coerce rape accusers into recanting their statements and then investigate them for perverting the course of justice, effectively treating them as lying criminals instead of alleged sexual assault victims. Additionally, the Guardian notes that the UK's official police watchdog group recently found rape to be a grossly underreported offense, which is frequently not recorded as a crime by law enforcement. A recent report by the Independent similarly discovered that the proportion of rape cases referred for prosecution in the UK has reached an all-time low: just 28 percent of cases were referred in 2014, compared to more than 50 percent in 2009.

“It’s appalling that when over 90% of rapists are getting away with it and two women a week are killed by partners or ex-partners, women who report violence are being imprisoned," WAR spokesperson Lisa Longstaff told the Guardian. "We have repeatedly raised [the issue] ... that biased and negligent rape investigations result in miscarriages of justice.”