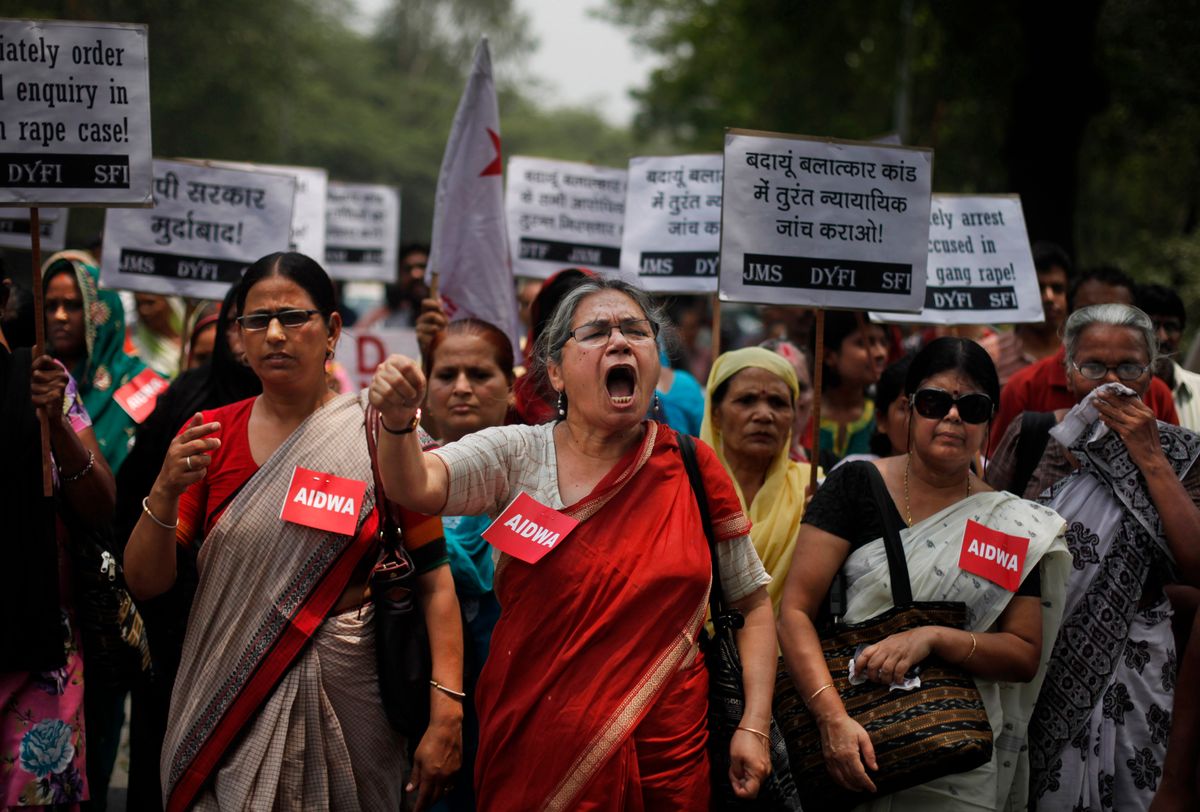 Members of the All India Democratic Women's Association (AIDWA) during a protest against the gang rape of two teenage girls. (AP/Altaf Qadri)
--

Two years after a young woman was fatally gang raped on a moving bus in New Delhi, a pair of sisters are at the center of renewed outrage over the state of sexual violence and harassment toward women in India. A viral video sweeping the country this week shows the two women, identified as Arati and Pooja Kumar, fending off a group of male harassers with belts and fists after being attacked on a bus on Friday. The clip was shot by a pregnant woman who told the Times of India that she was also harassed by the men; it shows other passengers on the bus sitting inert while the sisters defend themselves.

"One of the boys started touching my sister and making kissing gestures," Arati told reporters of the attack. "I told him to go away or I would teach him a lesson. Then he called another boy saying that we have to beat up two girls. And then the other boy got on the bus."

The sisters were reportedly kicked off the bus while it was still moving, only after being encouraged by other passengers not to file a formal complaint against their harassers. According to the Associated Press, bystanders told the women to avoid provoking the men, as they might later be attacked with acid. Pooja told the BBC that if the bystanders had stepped in instead of discouraging them, she and her sister might not have had to retaliate so viciously.

Footage of the attack has been aired on multiple Indian television channels since it was posted online and has sparked new calls for measures to protect women from harassment and assault. Social media has exploded with commendation for the sisters, while many commenters have criticized the bus passengers for failing to intervene. The three men involved in the attack have been arrested, and the bus driver has been suspended.

Watch the video of the attack below: