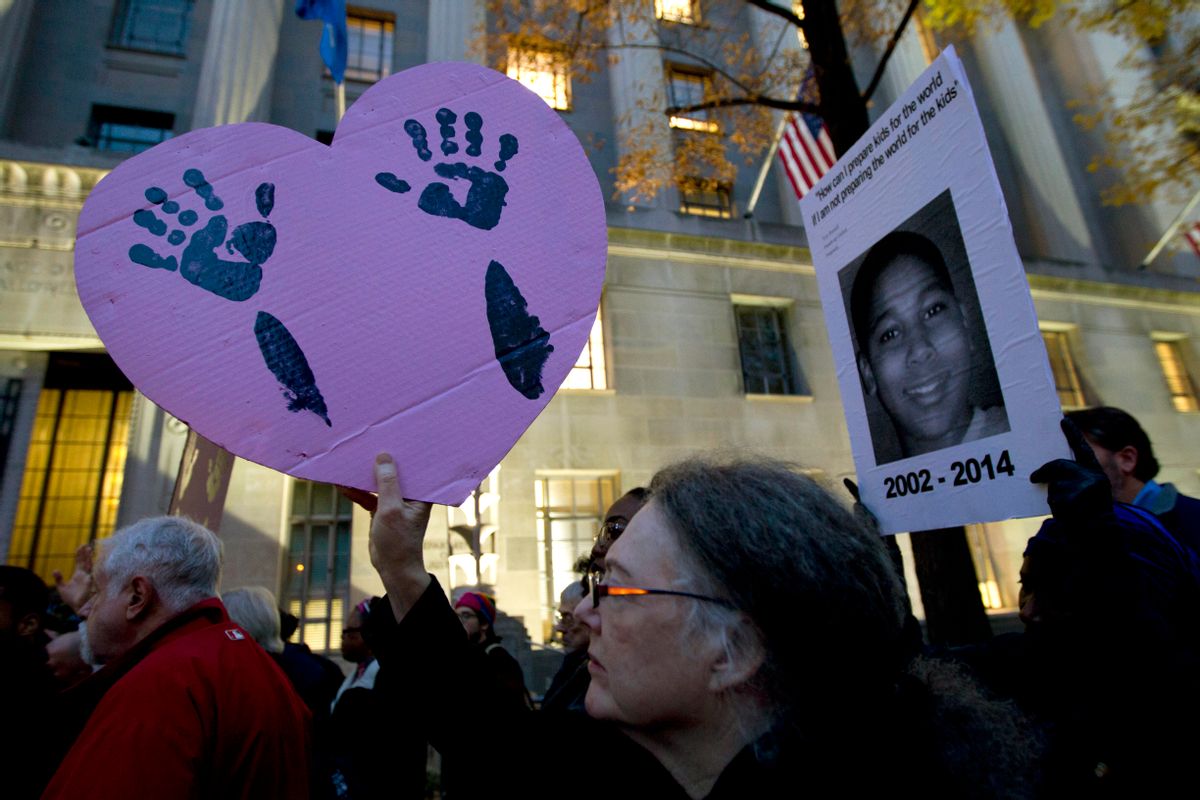 Demonstrators protest against the shooting death of unarmed 18-year-old Michael Brown at the Department of Justice in Washington, Monday, Dec. 1, 2014. A grand jury in Ferguson, Mo., on Monday, Nov. 24, 2014, declined to indict police officer Darren Wilson in the shooting death of Brown, an unarmed black man. Protesters across the U.S. have walked off their jobs or away from classes in support of the Ferguson protesters. Monday's walkouts stretched from New York to San Francisco, and included Chicago and Washington, D.C. (AP Photo/Jose Luis Magana) (AP)
--

Across the U.S., protesters chanting "Hands up. Don't shoot!" walk off the job or away from class.

The devices could help resolve the type of disputes between police and witnesses that arose in the Ferguson shooting.

The entertainer resigns as a trustee at his beloved alma mater, Temple University.

The U.S., EU and China have already announced targets for lower fossil fuel use. But other big polluters have yet to commit themselves.

5. WHY CANDIDATES FOR DEFENSE CHIEF ARE SCARCE

Tensions between the White House and Pentagon and questions about Obama's military campaign against Islamic State militants are discouraging potential successors to Chuck Hagel.

For the first time since sales began nearly 100 years ago, the Girl Scouts will allow its young go-getters to push their wares using mobile apps and personalized websites.

A direct connection to the hacking hasn't been confirmed, but copies of some unreleased films, including "Annie," are now being distributed online.

NASA's test of the new spacecraft will look ahead to the day when astronauts climb aboard for a mission to the Red Planet.

9. WHO HAS HER FIRST BOYFRIEND AT AGE 53

Singer Susan Boyle says she's enjoying the company of a Connecticut doctor she met on her recent U.S. tour.

QB Brian Hoyer has been ineffective. So the team might turn to the rookie who came off the bench to lead a touchdown drive against Buffalo.