Congress finally agrees on something: Nazis shouldn't get a dime of Social Security 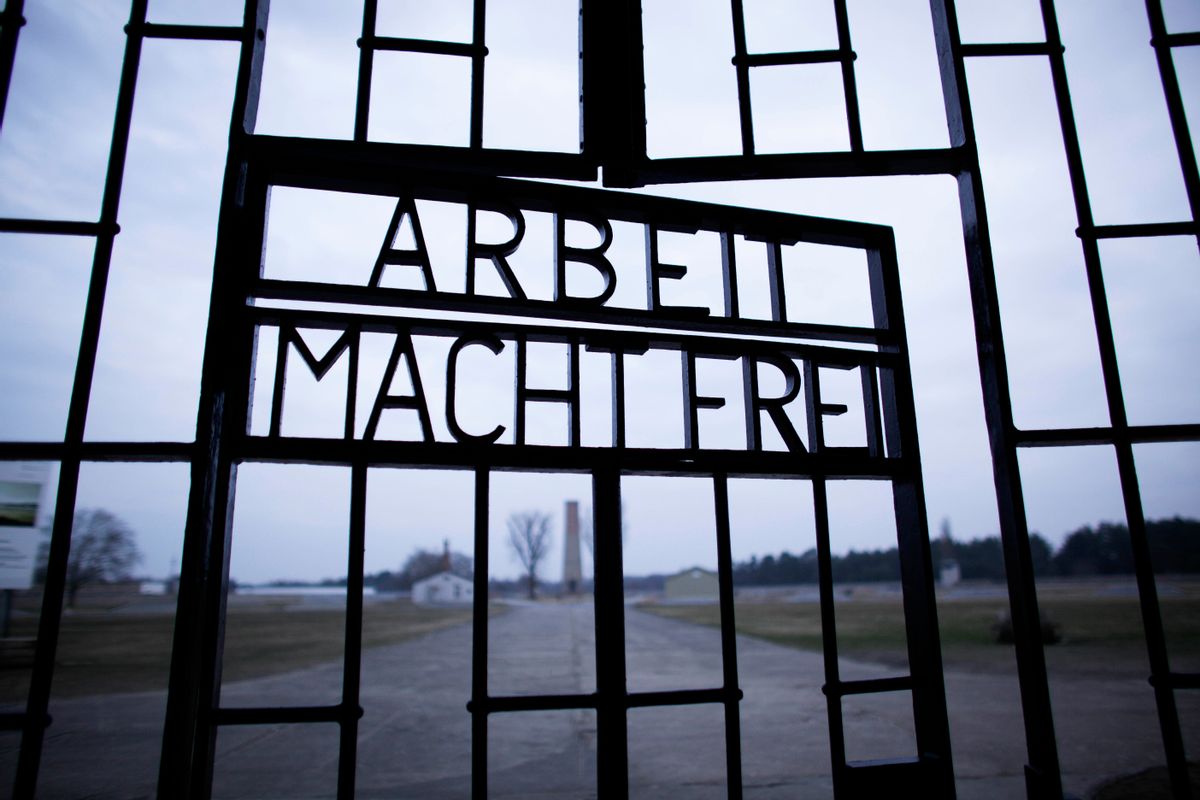 FILE - This Jan. 27, 2012, file photo shows the words 'Arbeit Macht Frei' (Work Sets You Free) at the main entrance of the Sachsenhausen Nazi concentration camp on the international Holocaust remembrance day in Oranienburg, Germany. An Associated Press investigation found dozens of suspected Nazi war criminals and SS guards collected millions of dollars in Social Security payments after being forced out of the United States. (AP/Markus Schreiber)
--

When our political parties disagree with each other basically just for the hell of it (I am talking about right now), it is worth celebrating when a cause has such inherent value that it transcends party lines. I am so happy to announce that such a cause has been found, and such consensus has been reached: Nazis shouldn't get Social Security.

On Tuesday, the House of Representatives reportedly voted unanimously to pass the No Social Security for Nazis Act, which would strip suspected war criminals of their Social Security benefits.

The Senate will soon vote on an identical bill.

A bipartisan and bicameral group of more than three dozen lawmakers introduced the legislation last month after an Associated Press investigation showed that dozens of suspected war criminals had collected millions of dollars in Social Security payments.

The bill's sponsors say it will close a loophole that has allowed Nazi suspects to keep their Social Security benefits if they left the country voluntarily ahead of deportation proceedings.

Social Security is the only U.S. government benefit that denaturalized Nazis living outside the country are able to receive under current law, according to the Congressional Budget Office.

When the bill was introduced, Rep. Sam Johnson, R-Texas, said: "America has worked to prevent Nazis from entering the country and reaping the benefits of US citizenship."

Ahhhh! Breathe in the unfamiliar odor of bipartisan cooperation!