Janice Dickinson on Bill Cosby: I want him to acknowledge he raped me 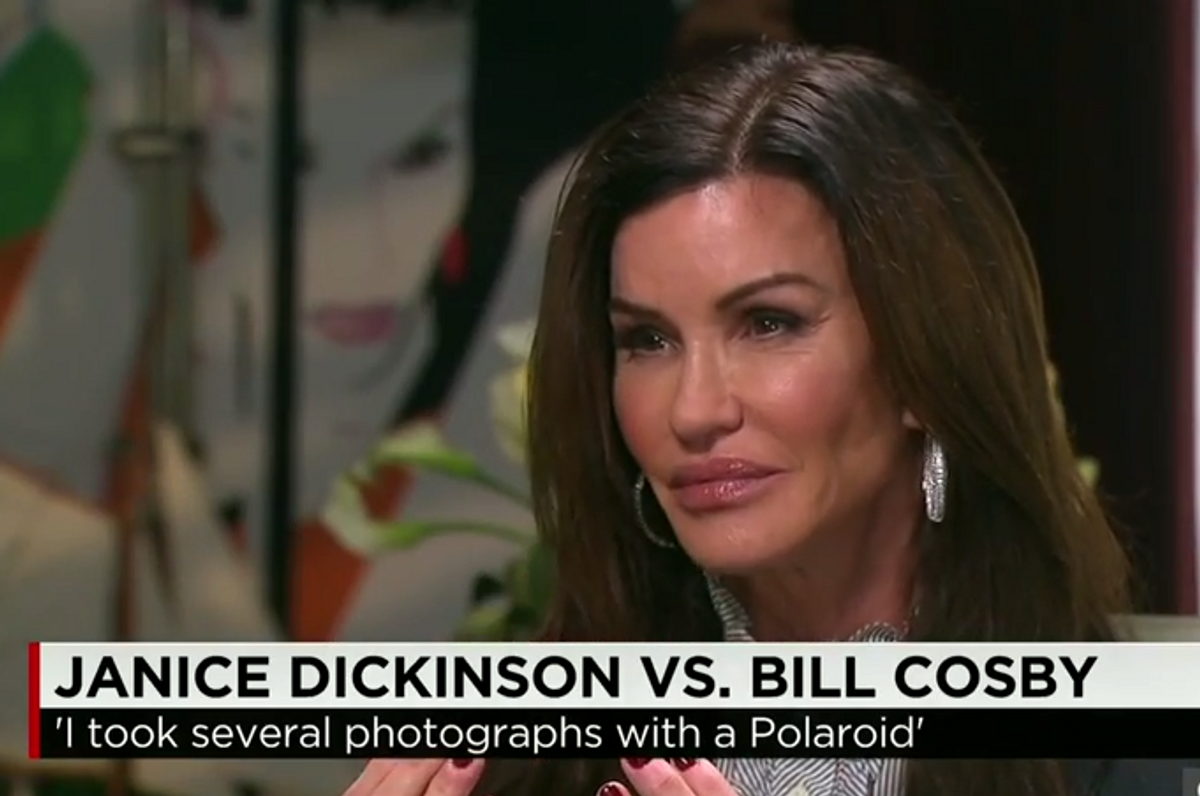 Day by day it seems increasingly less likely that Bill Cosby's legacy will remain intact after 20 women have come forward to accuse him of sexual assault. But despite the loss of a sitcom deal with NBC and a Netflix tribute special, the deterioration of relationships with various universities and declining attendance at his events, Cosby has refused to address the rape allegations with anything but silence. That hasn't stopped his accusers from continuing to speak out, and to demand even modest restitution.

One of Cosby's alleged victims, former supermodel Janice Dickinson, sat down with CNN on Monday to share her account of being drugged and raped by the comedian in 1982, which she previously described on "Entertainment Tonight." Dickinson told CNN's Fredricka Whitfield that she kept the assault secret for more than 30 years because she was ashamed.

"I stuffed it," Dickinson said. "I compartmentalized it because I was embarrassed."

Dickinson, who has described Cosby as a "monster," said she trusted the comedian, despite the fact that Cosby offered her red wine during dinner shortly after she left rehab in 1982. She also described Cosby's star power as a deterrent to her reporting the crime. When Whitfield asked Dickinson what she hopes to gain from coming forward with her allegations, the model said in no uncertain terms that she wants Cosby's silence to end.

"What do you want from Bill Cosby right now?" Whitfield asked. "What do you need to hear from him?"

Watch a clip from Dickinson's interview with CNN below: