The government declared the cause of more than a dozen deaths to be rat poison, but it looks more like malpractice 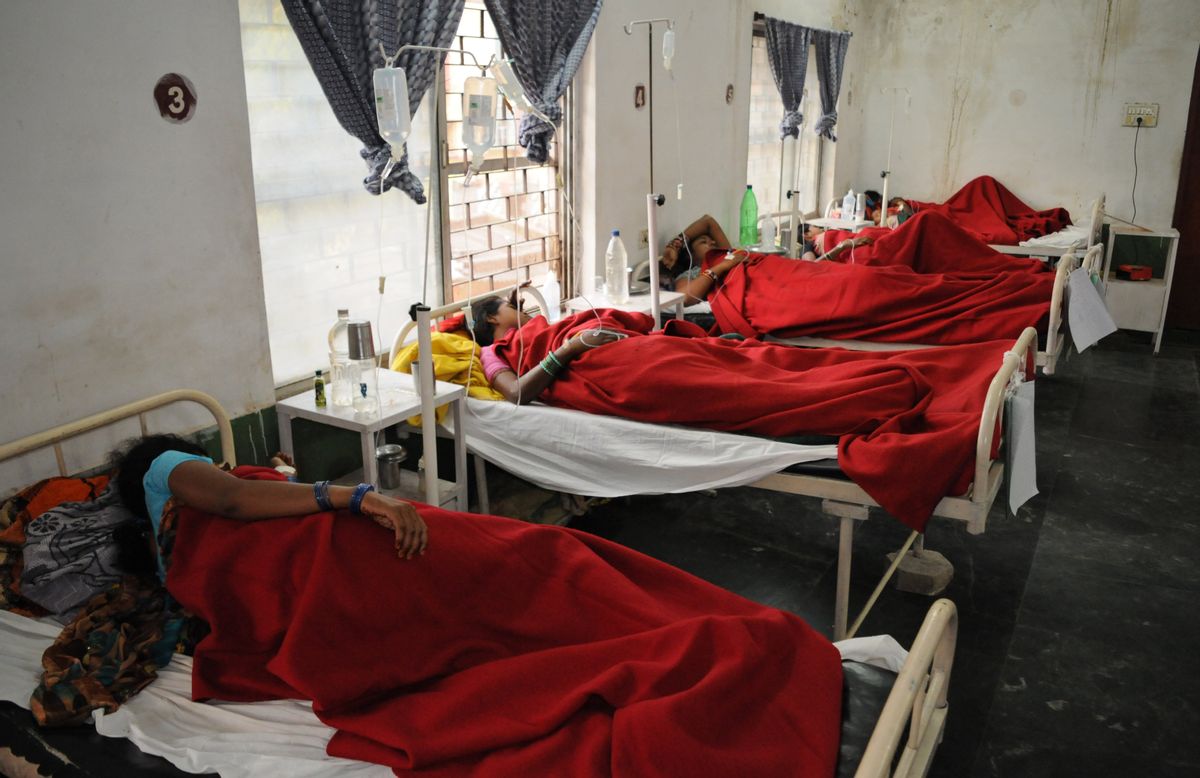 Weeks after Indian officials declared tainted antibiotics to be the cause of 13 deaths at a state-run sterilization camp, an independent investigation has found that the doctor who performed the sterilization procedures, as well as the staff who assisted him, used the same gloves and needles for each of the procedures. The report indicates that at least seven of the women who died showed signs of sepsis during postmortem examinations.

According to AFP, the report contradicts authorities' claims that the drugs given to women after the surgeries, which were reportedly laced with rat poison, caused widespread illness and numerous fatalities:

[An] investigation by a team from four public health organizations found that the doctor and his staff operated on the 83 women in unhygienic conditions and that some of them probably died as a result of infection.

“None of the staff changed their hand gloves in between the procedures. The same injection needle and syringe, and the suture needle were used for all the cases,” the team’s resulting report revealed.

“Neither were those sterilized nor new needles taken for each case,” said the report seen by AFP.

The women suffered vomiting and a dramatic fall in blood pressure after undergoing laparoscopic sterilization, a process in which the fallopian tubes are tied.

The procedure, which is a popular form of birth control in India, is commonly performed on poor, rural women in mass camps such as the one in Chhattisgarh, where the fatalities occurred. Several activist groups maintain that women are often coerced into undergoing the surgery, sometimes in unsanitary or dangerous conditions. The doctor at the camp in Chhattisgarh, who was arrested after the deaths, insists he did nothing wrong and, according to AFP, that he is being scapegoated by the government.

It's unclear if that is also the case with the drug manufacturer who provided the antibiotics women received; he and his son were arrested last month in the days following the mass deaths. Toxicology reports on the antibiotics have not yet been made public, and it remains unclear if they were, in fact, tainted.