We can drink booze because our ancestors were starving 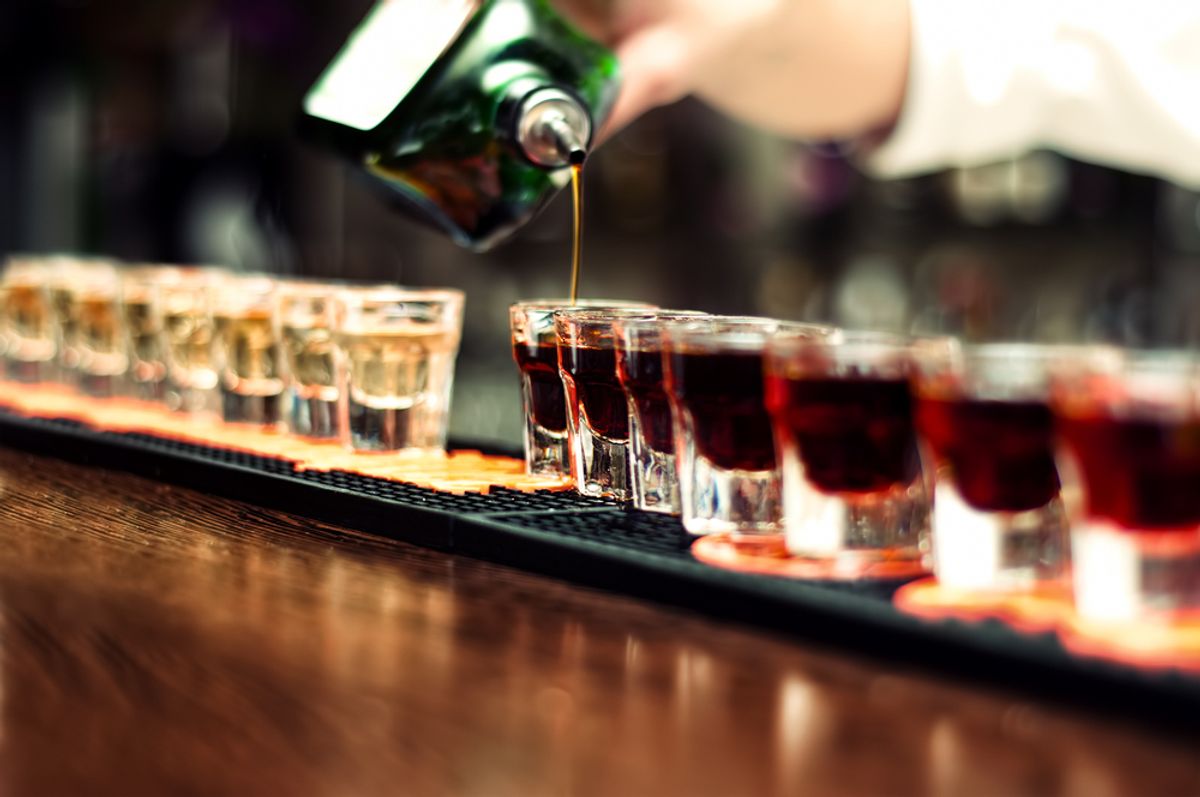 Anyone born after Prohibition (i.e., anyone reading this) was likely taught growing up that alcohol is, at its core, a poison. Really fun poison. Poison that leads to dancing. Poison that makes you drunk-text your co-worker and spend the next six days caked in cold sweat and nauseous from dread.

Now, new research published in the Proceedings of the National Academy of Sciences confirms that classification. We actually developed our ability to consume alcohol around 10 million years ago when we started to eat rotten fruit.

"A lot of aspects about the modern human condition -- everything from back pain to ingesting too much salt, sugar and fat -- goes back to our evolutionary history," said Matthew Carrigan, a paleogeneticist at Santa Fe College and the lead author on the study in an interview. "We wanted to understand more about the modern human condition with regard to ethanol." Ethanol is an alcoholic substance found in rotting fruit and often used for fuel today.

To determine when our ability to metabolize alcohol was developed, researchers examined a group of enzymes called the ADH4 family, which allow humans to digest the substance. The team took samples of this enzyme group from 28 species, including 17 primates.

The scientists looked at the family trees of these 28 species, to investigate how closely related they were and find out when their ancestors diverged. In total, they explored nearly 70 million years of primate evolution. The scientists then used this knowledge to investigate how the ADH4 genes evolved over time and what the ADH4 genes of their ancestors might have looked like.

Then, Carrigan and his colleagues took the genes for ADH4 from these 28 species, as well as the ancestral genes they modeled, and plugged them into bacteria, which read the genes and manufactured the ADH4 enzymes. Next, they tested how well those enzymes broke down ethanol and other alcohols....

The results suggested that there was a single genetic mutation 10 million years ago that endowed human ancestors with an enhanced ability to break down ethanol.

The researchers suggest that the mutation corresponded with a changing lifestyle that involved eating fruit from the forest floor when other foods were hard to come by.

"I suspect ethanol was a second-choice item," said Carrigan. "If the ancestors of humans, chimps and gorillas had a choice between rotten and normal fruit, they would go for normal fruit. Just because they were adapted to be able to ingest it doesn't mean ethanol was their first choice, nor that they were perfectly adapted to metabolize it."

So, next time you reach for that pickleback, remember that you are drinking what is essentially trash that our ancestors only deigned to eat when they were starving.