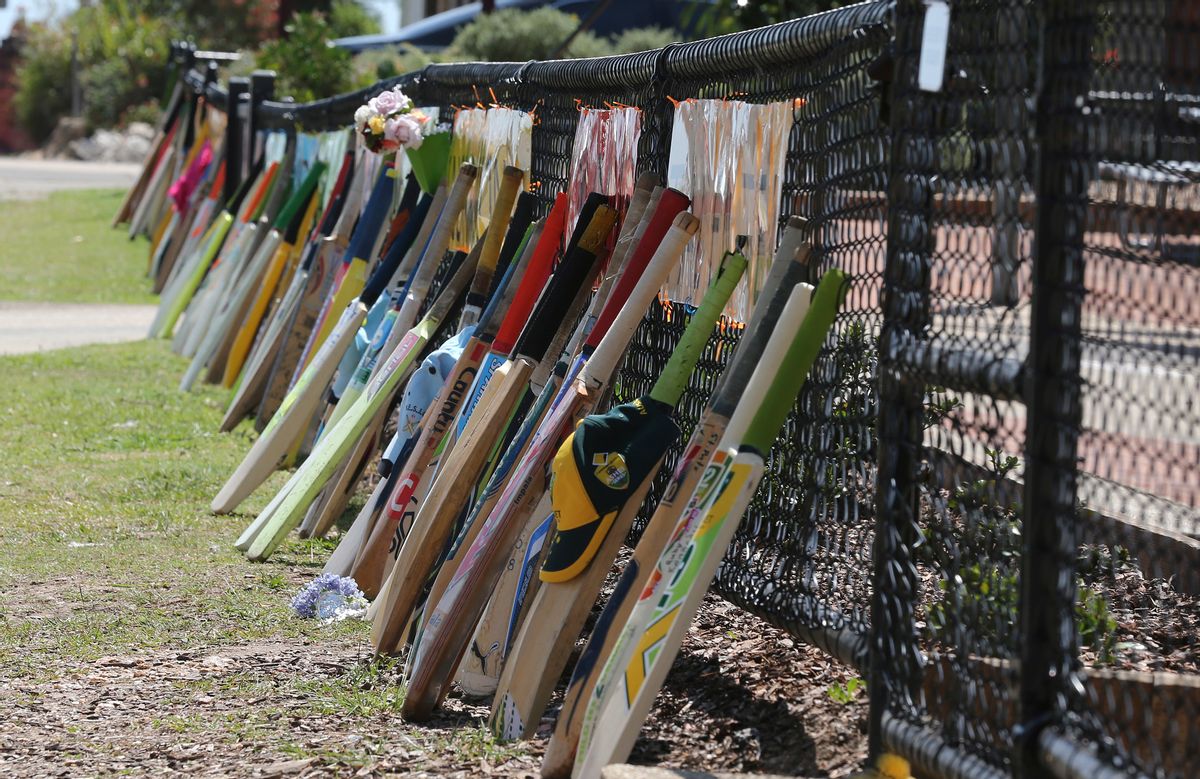 Cricket bat stand as tribute outside a primary school during the funeral of Australian cricketer Phil Hughes in Macksville, Australia, Wednesday, Dec. 3, 2014. Hughes, 25, died last Thursday, two days after he was hit in the head during a domestic cricket match.(AP Photo/Rob Griffith) (AP)
--

With most Kobani hospitals in ruins, only one is still working thanks to only three doctors and five nurses and despite shortages of basic equipment and supplies.

2. OBAMA SAID TO HAVE SETTLED ON NOMINEE TO SUCCEED HAGEL

Ashton Carter, 60, has never served in the military or in Congress, unlike many defense secretaries.

3. WHO IS REFUSING TO COMPLY WITH DEMAND FOR AIR BAG RECALL

Japan's Takata Corp. says the decision to withdraw the faulty equipment is up to the automakers, setting the stage for a showdown when the company appears before the U.S. Congress today.

Judy Huth says she was molested by the comedian in a bedroom at the Playboy Mansion around 1974 when she was 15.

At least two people are dead in a massive explosion that took place near the home of the Iranian ambassador.

Louis Head made angry comments on the streets of Ferguson ahead of the arson, vandalism and looting that followed the grand jury's announcement.

Protesters want harsher punishments for those responsible for the world's worst industrial disaster that killed 15,000 people.

8. HOW COYOTES ARE CAUSING A CALIFORNIA CONTROVERSY

Hunts for the varmints are facing a possible ban as wildlife advocates and hunters clash.

Singer-songwriter Ed Sheeran tops the list globally while Eminem is number one in the U.S. Pharrell's "Happy" was the global favorite on the service.