Anne Lamott: "Look at the Tea Party: Some of the angriest, most hateful people on earth, and they’re backed by what they think is Scripture"

"Earth is forgiveness school. I believe that’s why they brought us here, then left us without any owner’s manual" 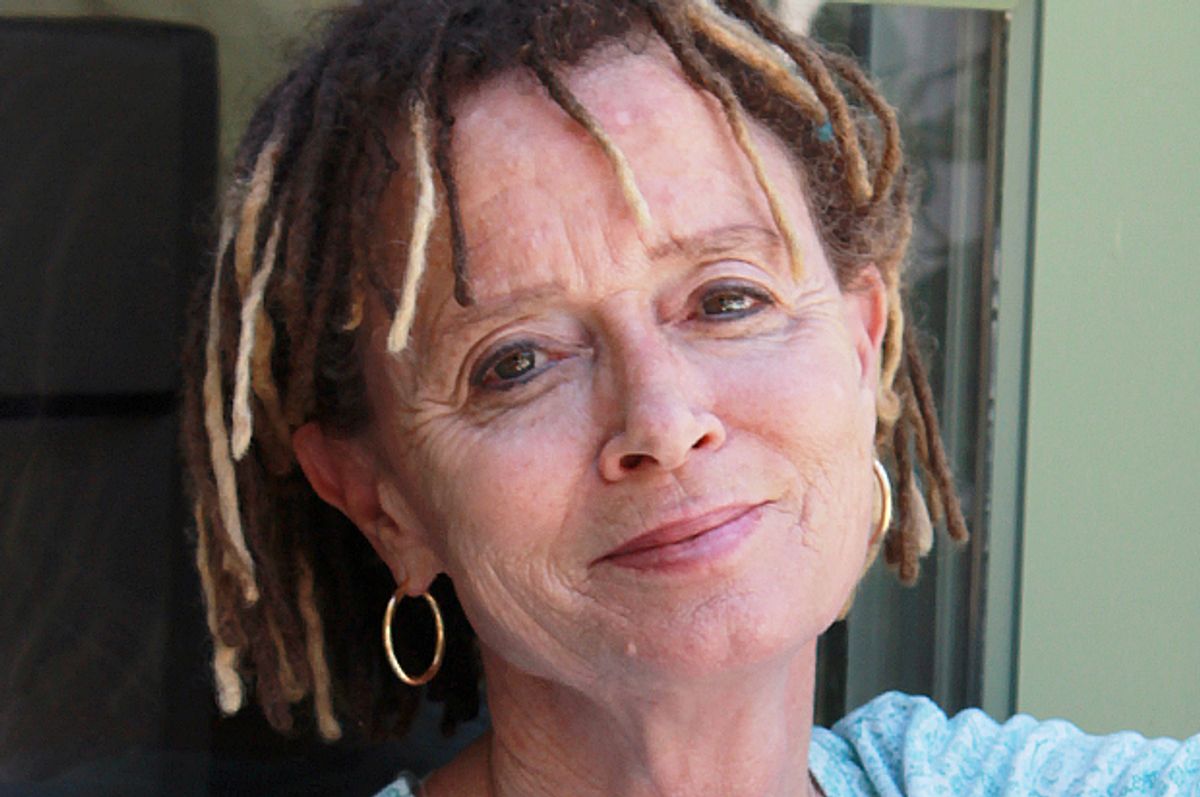 Forgiveness has become a pursuit more important to me than almost anything. Because as I said in an old book, it’s not my strong suit. I always joke that I wasn’t one of those Christians who was heavily into forgiveness – that I was the other kind; that I was reform. But it’s so awful to be a person who doesn’t forgive; in my experience the willingness to change down deep always comes from the pain of not changing.

About 20 years ago, when my son started school, I realized I was holding grudges and resentment, sometimes against the other mothers. They might be too thin, or they might flaunt their wealth, or flaunt that their child was already reading in first grade. It took a lot of work to stick with the unpacking of the resentment to realize that it was always about self-loathing -- most of these people in the trajectory of the drones I fired were pretty innocent bystanders. The lack of forgiveness had to do with really bad old feelings I had about myself. The [others] were just conveniently annoying. They might say something really stupid about me or my son, and I would seize on it a like a dog with a bone – throw it over my shoulder and chase it and fling it over the other side of the room and chase it down. It wouldn’t have affected me if there hadn’t been that age-old contempt a lot of us can still find in ourselves. The mix of self-contempt and grandiosity.

So I began a tradition, at that point, of examining these resentments I had so much trouble letting go of. Sometimes it’s just a bad day. In some ways, I had a bad 20s, because I was still drinking and not really able to do the kind of psychic and spiritual and psychological work of looking through the mess, to find what I’d been lugging around in my backpack for years. I started the tradition at about 40, of being watchful instead of reactive.

I really believe that earth is forgiveness school – I really believe that’s why they brought us here, and then left us without any owner’s manual. I think we’re here to learn forgiveness. For me, it all begins with the hardest work of all, of being so crazily imperfect, and so sensitive and thin-skinned, and looking the way I look instead of like Cate Blanchett, which is disappointing. And all of the things we internalize in our younger years that other people might have said or hinted or even bullied us for.

To forgive someone is the hardest work we do. I’ve had to be disciplined about it. I always say I’m so disciplined in my writing because very strict discipline is the only way I’ve found any freedom as an artist. Like meditation or in my spiritual journey, or exercise – hiking … you never want to do any hard work – you just want to watch MSNBC and eat miniature Kit-Kats. Believe me, that’s what I’d prefer to do. Or maybe try to catch up with old issues of the New Yorker. But in my work, I hold an imaginary pop gun to my head, and I sit down and my butt stays in the chair no matter what.

Not forgiving makes you toxic. And then you really have very little to offer your family or the world or your audience, because you’re faking it.

The victory in [my new book] “Small Victories” is forgiveness – it’s the hardest thing we do. Half of the stories, which took so long for me to write and get right, are about that predicament of that clenched, clutched feeling when we don’t forgive. And then that miracle of grace, like a spiritual WD-40, that gets into the very stuck, grinding places inside of us. I’ve had to forgive both of my parents for very major injuries. Through the years, and even since they’ve been dead – just because someone dies doesn’t mean they’re off the hook. You carry it inside because there’s an injury inside. My son and I wrote a book together called “Some Assembly Required,” and he said something in there: If someone forgives you, they have found the willingness to feel awful again, and to re-experience the injury you did to them. And then to find something greater than themselves that lets them say “Goodbye, let’s be done.” And I hear your apology, your contrition, and I forgive you. That to me is so amazing. Maybe the most amazing thing is when somebody forgives me for a serious injury I’ve done them.

All wisdom traditions have at their root three basic ideas: To take care of the poor, to cultivate a sense of presence or union with a power much greater than ourselves, and to soften the heart. In the fullness of those traditions – as opposed to the fundamentalist version of those traditions – you don’t hit back. For me as a Christian, the two main things are you’re supposed to “let go and let God,” and you’re supposed to turn the other cheek. Those two things are like my two worst realms. People are always saying, “Let go and let God …” and I just want to stab them. People say, "We just need to forgive and forget.” As if they had.

The more public I am, the more people I talk to, the more I realize that I’d been comparing my insides to people’s outsides. And people’s insides are all the same amount of screwed-up-idness … People are very hurt, they’re very scared for their families, they’re keening deep down for what happened to them as children. Sometimes with truly awful families, sometimes with a culture that only values beauty or fitting in and a meritocracy. And people who were shunned by their families because of fundamentalism or because of who they loved. I find out everybody’s in the same boat. And writing’s my way of figuring things out. People feel troubled and sad and overwhelmed by the amount of pain they’re carrying. Look at the Tea Party, for instance – some of the angriest, most hateful people on earth, and they’re backed by what they think is the Scripture. The Scripture is 180 degrees away from that.

The other night I did a big event, and someone asked what I hope people there left with. And I said, I hope people realize that we’re infinitely more similar, more alike, than we are different -- that we’re all angry, no matter how sweet or Buddhist or Christian or tender-hearted we appear. We’re all angry. And we’ve got to deal with it at some point. And dealing with the grief and the anger and the lack of forgiveness is the way home.

A tradition of that is something I’ve been able to pass on to my son. He’s grown up with a mother who’s willing to be contrite, to get to the bottom of things – and to see that sometime it’s me who I’ve been mad at. The tradition of letting your children watch you ask for forgiveness is beautiful.