Evolution of a late-night host: A Stephen Colbert retrospective

Watch the emergence of the Colbert Nation 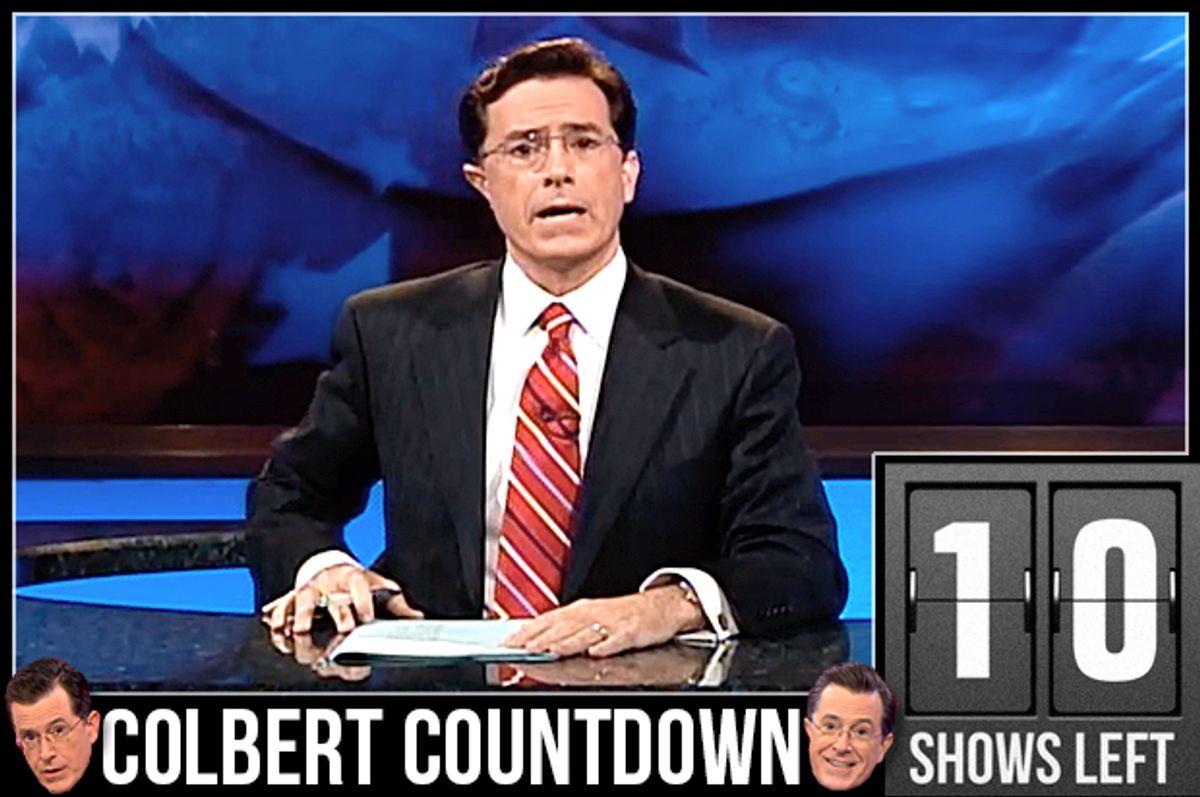 As Stephen Colbert pointed out on Tuesday night, "The Colbert Report" is winding down -- only 10 shows remain! But how'd he get here? While Colbert famously cut his teeth as a correspondent on "The Daily Show," he took his most significant step toward hosting a show of his own when he began doing guest-hosting stints for Jon Stewart (10 times!) starting in 2001. Below we've compiled a selection of hosting highlights, from Colbert's time on "The Daily Show" through the moment he announced his departure from "The Report."

July 2004: The last time Colbert stepped in for Jon Stewart to host "The Daily Show":

October 2007: Colbert gets into the 2008 presidential election: