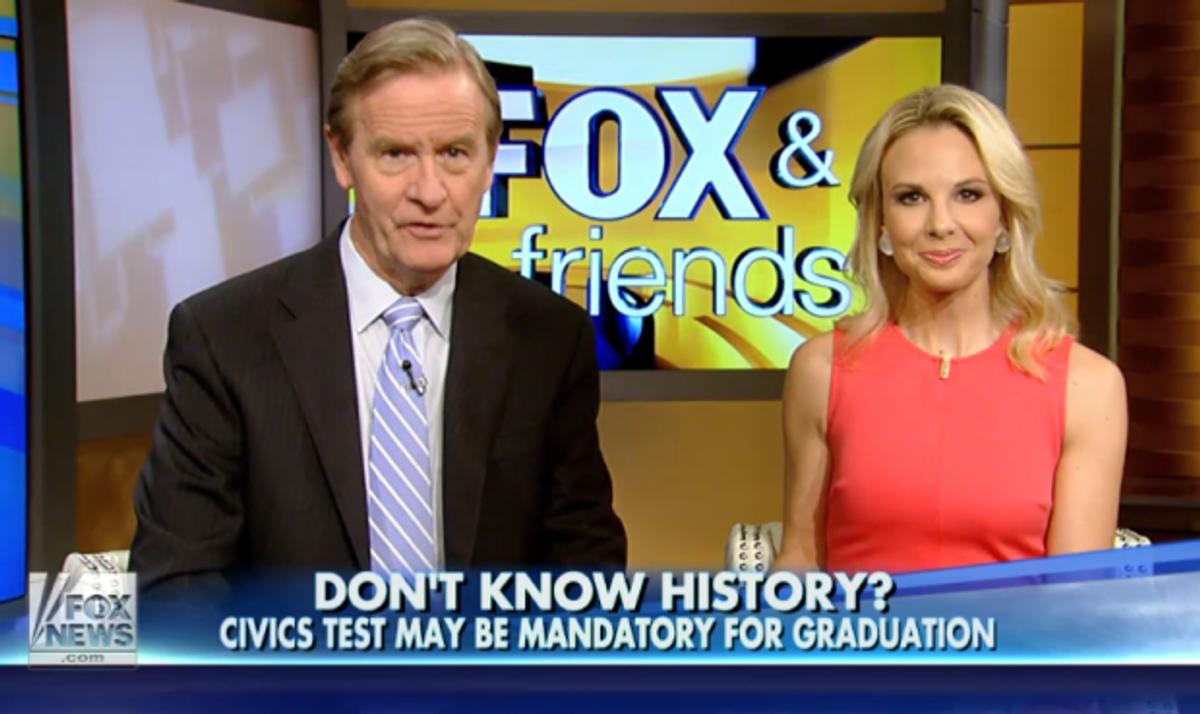 In recent years, conservatives seeking to suppress voter turnout have typically favored voter ID legislation, which disproportionately harms minority groups, but the co-hosts of "Fox & Friends" have another idea: bring back poll tests.

"I think not only would it be great if high school students had to have a proficiency in America," Doocy said, "but I think they should have a test before you vote."

"Not bad," former "Survivor" contestant Elisabeth Hasselbeck enthused, while America's favorite meathead, Brian Kilmeade, chimed in that a poll test would be "great."

There's a slight problem with Doocy's proposal: The Voting Rights Act of 1965 outlawed the kinds of poll tests designed to keep African-Americans from voting. In the Jim Crow South, supporters of racial apartheid imposed literacy tests on black voters, often wording questions in such a confusing manner that the tests were exceedingly difficult to pass.

While the Voting Rights Act ended such poll tests as a tool of voter suppression, some conservatives haven't stopped pining for them. During his 2012 presidential campaign, former House Speaker Newt Gingrich declared that in order to vote, "you should have to learn American history."

Watch the "Fox & Friends" segment below, via Media Matters: