"We can't even admit we have a problem!": Jon Stewart and Larry Wilmore discuss racism in America 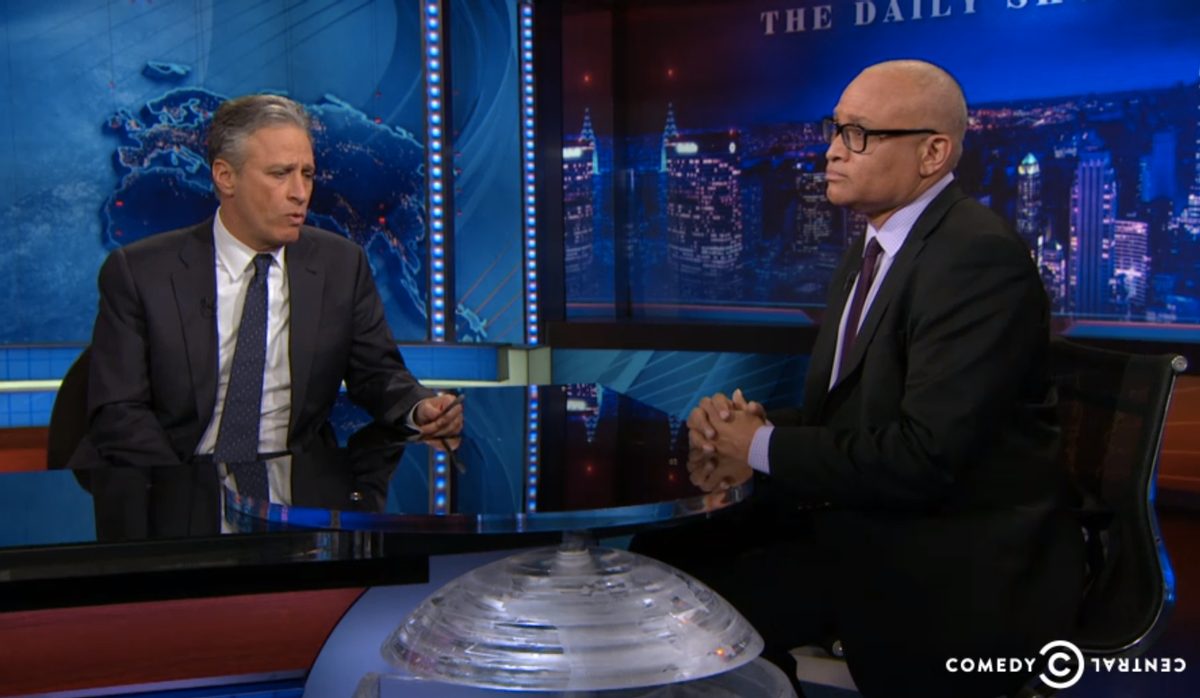 On Tuesday night "The Daily Show" responded to the St. Louis Rams vs. St. Louis Police Officers Association argument, and with senior correspondent and host of "The Nightly Show" Larry Wilmore, discussed crime and race in America.

"It's not like black criminals are the only thing killing black people," Wilmore explained later in the conversation. "Diabetes, stroke and heart disease are kicking black-on-black crime's ass, OK. But nobody is saying we need to get rid of those before we talk about racism."

Wilmore also points out that Americans are race-o-holics, who haven't even admitted they have a problem yet -- and are still sitting in a pool of their own vomit. Watch below:

And below Larry Wilmore and Jon Stewart discuss crime and racism in America: